The Best Architects award, held annually, was created in 2006 with a focus on architectural projects completed in German-speaking countries and since 2015 the prize has been extended to participants from across Europe. The jury handed out 11 Gold awards to projects from Austria, Germany, Luxembourg, Italy, Spain and Switzerland. 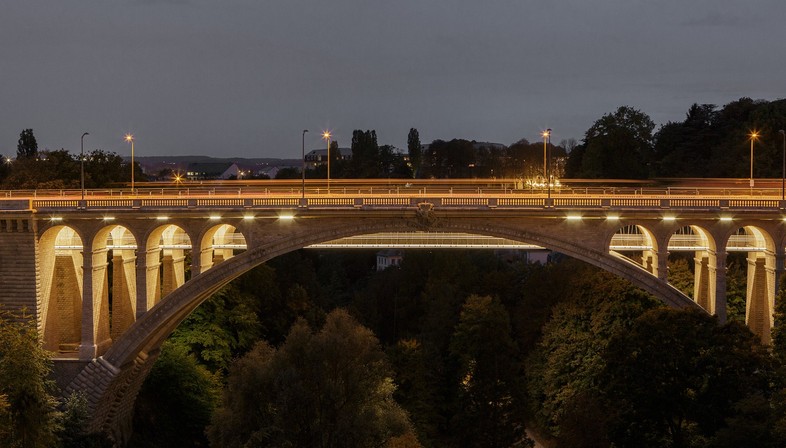 Architecture awards are a consolidated tool for recognising and promoting quality architecture to an audience ranging from professionals to simple amateurs. Whether aimed at certain types of projects or at specific geographical areas, these awards are often accompanied by traveling exhibitions or, as in this case, by dedicated publications that make it possible to disseminate the projects to a broader audience. The winners of this year’s "Best Architects 20 award" were announced on June 26. The annual award was created in 2006 with a focus on architectural projects completed in German-speaking countries and since 2015 the prize has been extended to participants from cross Europe. Tobias Schwarzer, one of the founders of the Best Architects 20, emphasised the high quality of the award-nominated projects, regardless of the size and budget involved in their realisation. The projects presented are characterised by a great attention to detail, architectures of exceptional quality with a sensitive approach to the natural or urban environment in which they are set. Characteristic also found in "low cost" projects, demonstrating that the quality of an architecture is not necessarily tied to big budgets. The jury selected and awarded nearly seventy projects, from which eleven “gold” prizes were selected in various categories, projects which in addition to the qualities already highlighted above, display a strong innovative spirit.

The eleven special prizes were awarded by the jury to projects in Austria, Germany, Luxembourg, Italy, Spain and Switzerland. Here is a quick list of the “gold” architectures representing the different categories of the Best Architects 20 award.
In the "Residential single-family" category, two projects were recognised: "Haus am See" by the Jurek Brueggen Architekten and Kosa Architekten studios from Zurich (Switzerland) and the "Casa Unifamiliar Sant Cugat" project by the Camps Felip Arquitecturia studio from Girona (Spain). A total of 3 gold awards were given out in the “Residential multi-family” category, all completed in Switzerland. The awards went to the Felippi Wyssen Architekten studio with the "Gatternweg apartment building" project from Basel, the Gus Wüstemann studio with the "Affordable Housing in Zurich for the Baechi Foundation" project and finally to the Lin.Robbbe.Seiler studio with the "Housing Lancy" project in Geneva. 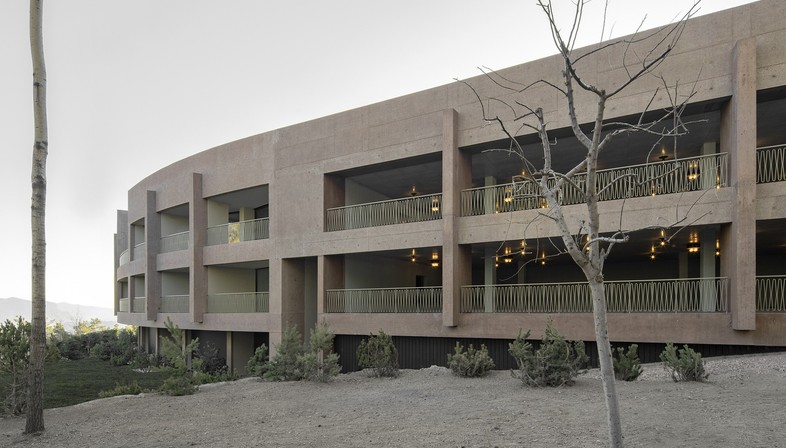 For the “Commercial/industrial buildings" category, the award went to the Bergmeisterwolf Architekten studio with the Hotel Belvedere project, above Bolzano in Brixen (northern Italy). The building is inspired by the natural and rounded shape of the rocky slope on which it is built, becoming one with the landscape and giving guests different views of the valley. In the category dedicated to “Education buildings” the awards went to the "FHNW-Campus Muttenz" project completed by the Pool Architekten studio from Zurich and the "AIZ - Akademie für Internationale Zusammenarbeit" project by the Waechter + Waechter Architekten studio from Darmstadt (Germany).

Two projects were also recognised as part of the “Infrastructure buildings”: the “Bernex inter-municipal fire-fighting plant” completed by the Bunq Architectes studio from Nyon and the "Passerelle Pont Adolphe" project completed by the Christian Bauer & Associés Architectes stuido in Luxembourg. Finally, in the generic “Other buildings” category, the awards went to the Elmar Ludescher Architekten + Philip Lutz Architektur studios with the "Johann Hotel & Gasthaus am Alten Markt” project in Lauterach (Austria).
A book will be published in September 2019 that will cover all the winning projects. 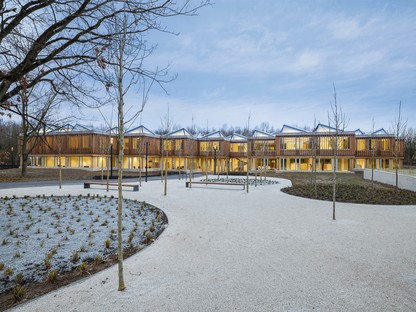 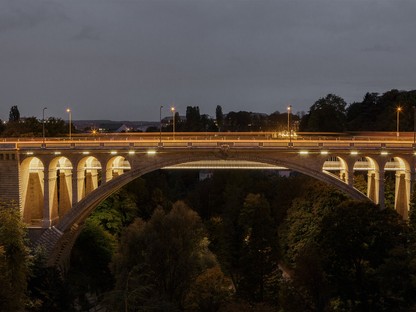 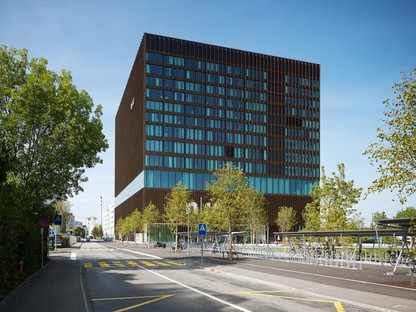 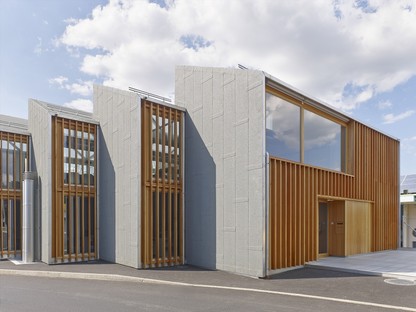 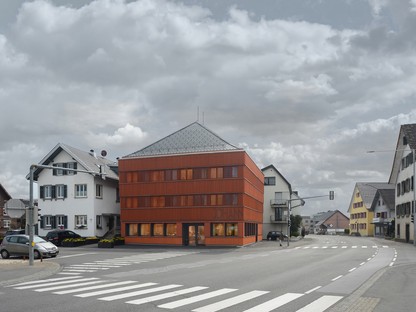 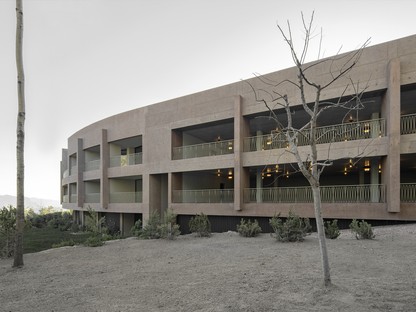 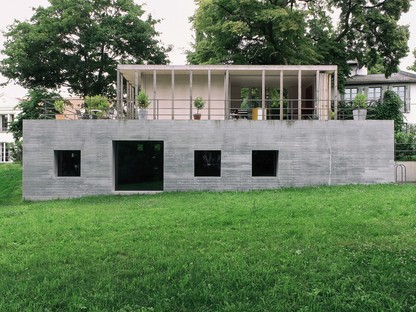 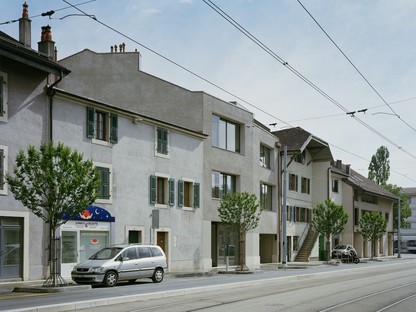 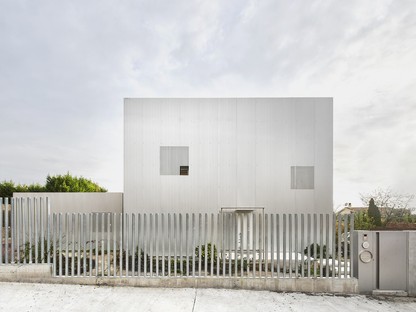 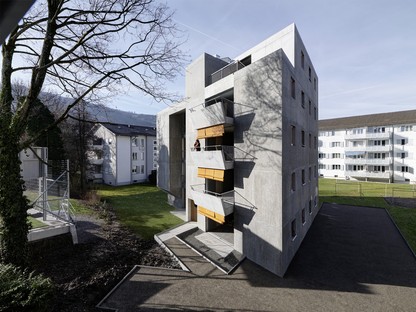 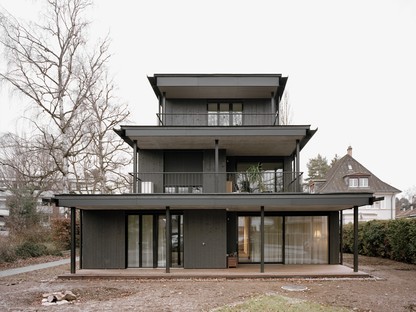