Two different residential projects in Zurich by E2A, the studio of brothers and architects Piet and Wim Eckert, composed of 11 residential blocks and one single-family home. 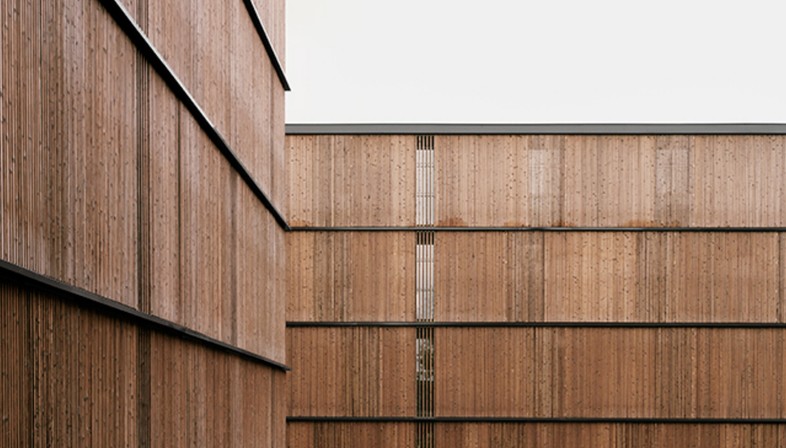 Two different concepts of the relationship between inside and outside inspire two residential projects in Zurich by studio E2A, founded by architects and brothers Piet and Wim Eckert. The first project, Escher Park, is a development consisting of 11 residential blocks in Zurich’s Enge district; while the second is a single-family home, House B, on the Goldcoast of Lake Zurich, inspired by the concept of the Hortus Conclusus. 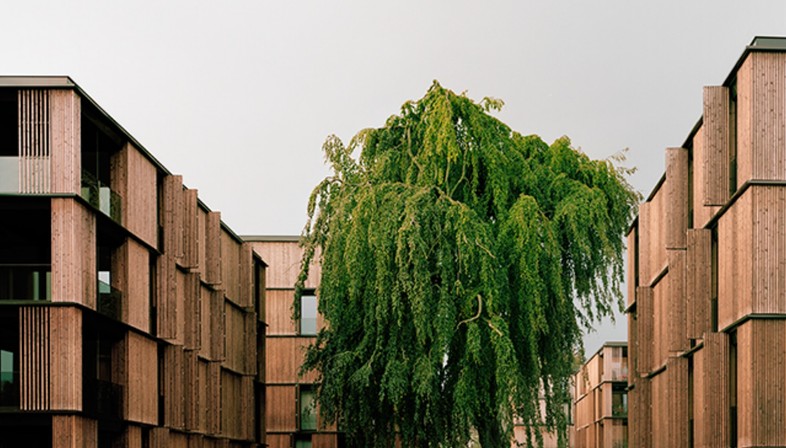 Escher Park, designed by architects Piet and Wim Eckert of studio E2A, is a complex consisting of 11 residential buildings replacing a previous development designed in the ’40s by Swiss artist and architect William Dunkel.
The selected site is in Zurich’s Enge district, by the lake, close to a number of cultural institutions and major parks, including Rieterpark, the city’s biggest and most imposing park, covering 70,000 square metres with beech trees more than 150 years old.
The vicinity of schools, sports and recreational facilities and the lake makes this an ideal residential neighbourhood. The buildings making up the complex designed by the architects of E2A are apparently compact blocks of four main types, arranged on the basis of a pattern dictated by the slope of the land and the need to preserve the ancient trees growing on the site.
The solutions adopted in the façades of the buildings, made entirely of timber, make them look from far away like compact blocks, though they do not appear heavy because time will change their colour and make them into a discrete backdrop for natural vegetation. The architects designed a series of subtle variations on the relationship between inside and outside, adding windows with shutter systems or fixed slats of wood identical to those on the façades and balconies offering panoramic views over the garden. The different orientation and positioning of each volume on the lot contributes to the variety of the housing development. The architects have designed a series of paths linking the different buildings and becoming a part of this interior, private world shared by the residences; a world of physical and visual relationships between buildings and gardens and among different buildings . 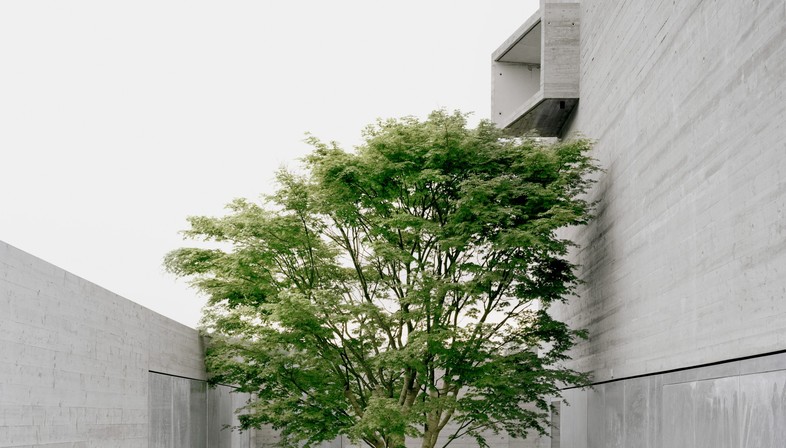 House B
House B stands on the Goldcoast on Lake Zurich. The context is a densely populated neighbourhood of single-family homes featuring a great variety of different building styles and living solutions, in which even the most successful gardens are in actual fact leftover spaces remaining on the lot once the home has been designed and built. In the case of House B, the architects of E2A decided to invert the trend, going back to the concept of the Hortus Conclusus: a garden enclosed within a well-defined space. Walls and hedges are used to define and draw a clean border, inside which the garden becomes a cocoon-like private space. The house reflects this relationship, with patios and windows on the south side facing the lake and the mountains, while the north side appears to be an impenetrable solid block, with only one window emerging high up above the cement wall. The architects therefore decided to build a well-defined bare concrete volume with a silent, inward-looking interior in contrast with the indistinct “noise” of its surroundings. 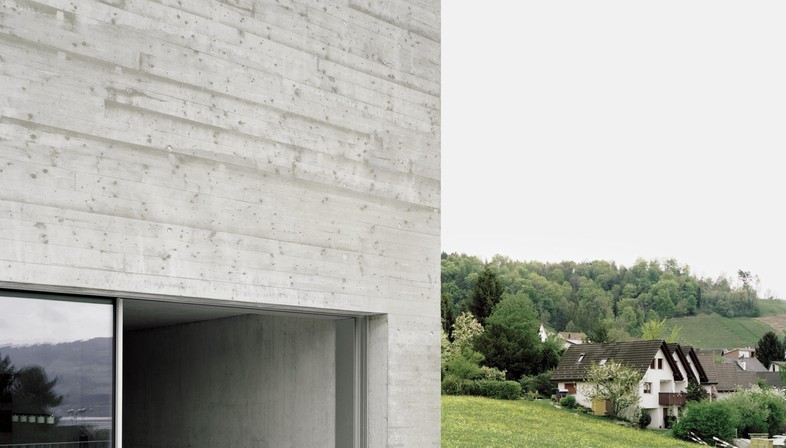 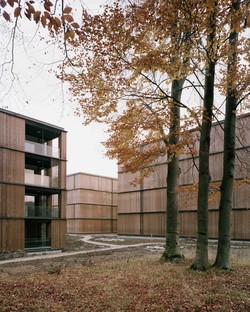 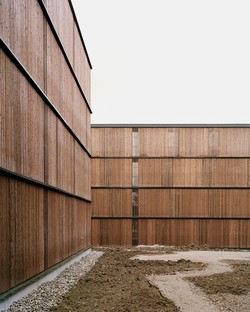 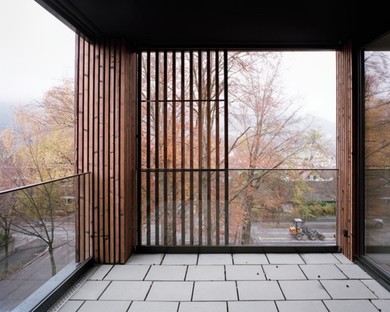 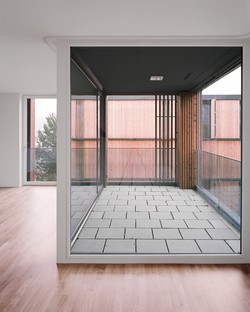 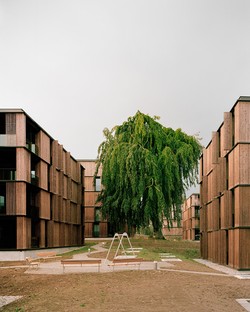 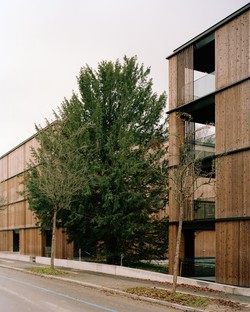 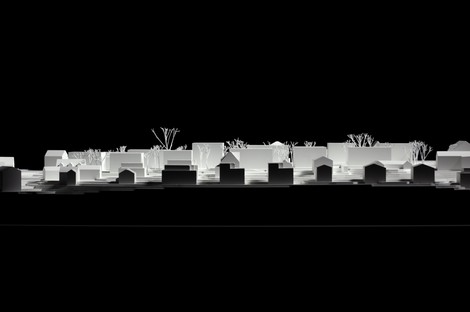 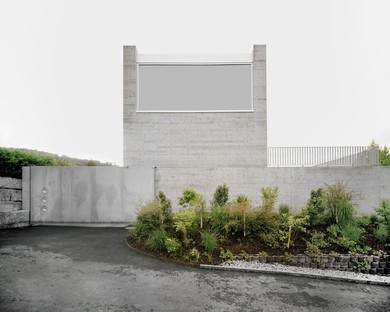 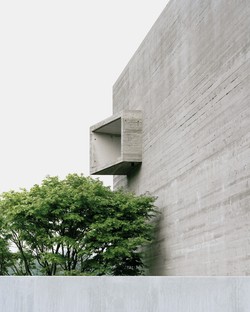 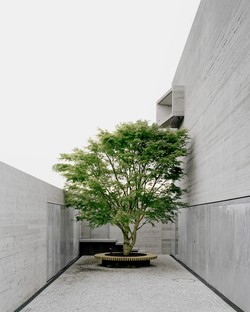 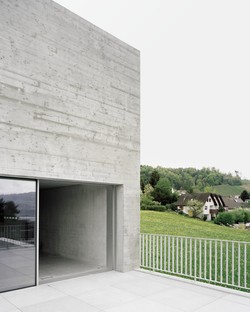 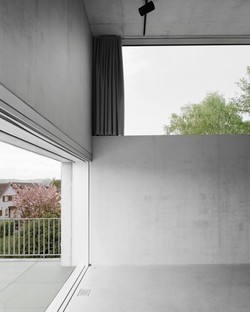 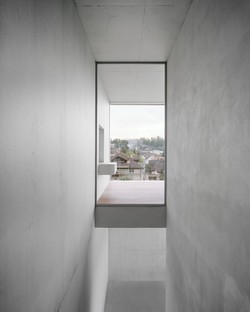 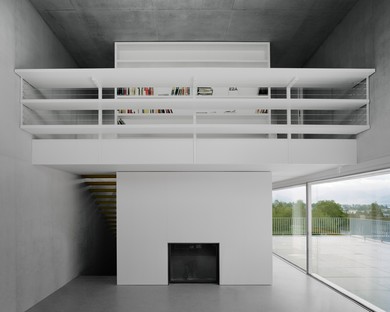