The relationship with the surrounding landscape, the vivid colours and the enchanting scenery on the shores of Brome Lake are the strengths of the residential project designed by the Atelier Pierre Thibault studio in the Eastern Townships administrative region in southeastern Quebec, in Canada. “La Résidence du Lac Brome ” is a contemporary home that allows its inhabitants to live in close contact with the natural environment. With its full-height transparent windows and very few opaque structural elements, it stands as a large covered terrace from which to enjoy wide panoramic views of the lake and of the surrounding mountainous landscape. 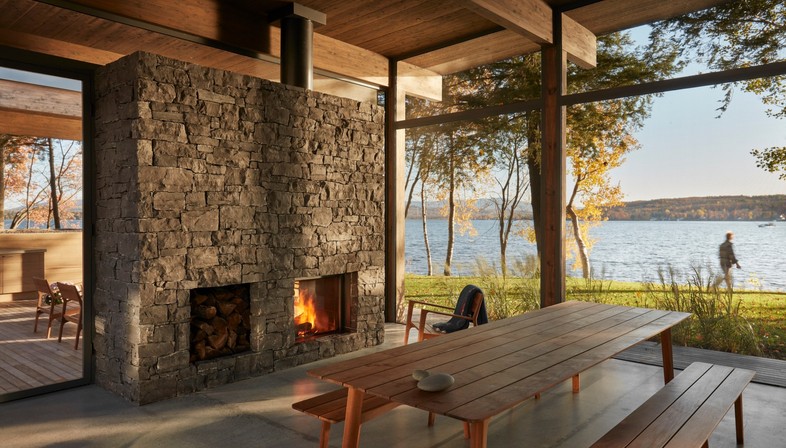 Lac Brome or Brome Lake is a small lake located between Montreal and Sherbrooke, in the Eastern Townships administrative region in southeastern Quebec, in Canada. Here, the Atelier Pierre Thibault studio has designed "La Résidence du lac Brome", a minimalist contemporary home where the residents can live in close contact with the natural environment. The relationship with the surrounding landscape, the vivid colours that change with the passing of the seasons and the enchanted scenery on the shores of Brome Lake are the main points characterising the concept created by the architects. The challenge accepted by the designers was to orient the house so that it could take full advantage of the panoramic views of the lake, yet without compromising the residents’ more private spaces.

The lot available for the project was small, while enjoying an important and panoramic position with respect to the lake. The architects therefore designed a single-storey house that could take full advantage of the lake view, while paying close attention to the choice of viewpoints. In some cases, the visual paths carefully conceived by the architects cross the different rooms of the residence and project the observer's gaze towards the outside, to become one with nature.
The structure is organised in two wings connected by a covered and glazed passageway. The first, more open, faces the lake and houses the spaces dedicated to the clients' social activities. The second, which has fewer windows and consequently a greater presence of opaque walls, encloses the environments that require more privacy, such as the bedrooms and bathrooms.

The architects adopted a number of strategies that allowed them to harmoniously insert the residence into the natural context of the lake: not only the transparent and full-height windows, but also the use of natural materials, such as wood and stone, for the opaque parts. And, once again, a close relationship between inside and outside is mediated thanks to porous environments, such as the porticos that surround the house, allowing the inhabitants of the home to experience the relationship with the outside in many different ways. For the interior furnishings, made in wood, the architects again chose to combine simplicity and functionality with soft and rounded lines, giving a touch of lightness and naturalness to the spaces.

As illustrated by the photographic reportage created by Maxime Brouillet, the house appears as a refuge surrounded by nature and protected by a suspended roof. An image enhanced by a number of carefully thought out construction details, such as the openings created in the space intentionally left between the wooden roof and the stone walls, which allow natural light to amplify this detachment. Aspects that demonstrate the utmost attention to detail with which architects from the Atelier Pierre Thibault studio have managed every aspect of the project, while also introducing interesting material and chromatic contrasts between the materials used.
“The Résidence du Lac Brome” was recently the winner of the Grand Prix in the Architecture category at the 14th edition of the Grands Prix du Design awards. The prize was established in 2007 in Montreal to reward regional excellence in design and, since 2020, it has broadened its horizons to include the international panorama of architecture and design.

Images courtesy of Kastella photo by Maxime Brouillet
Thanks for v2com 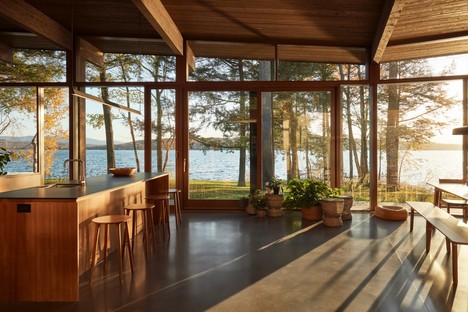 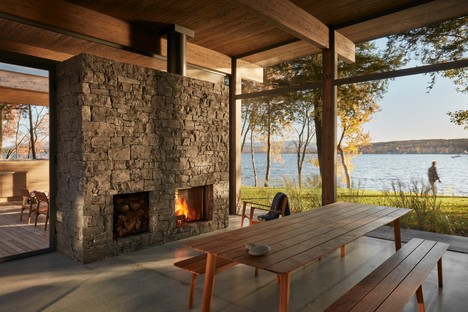 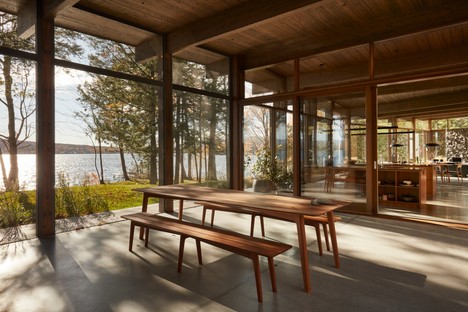 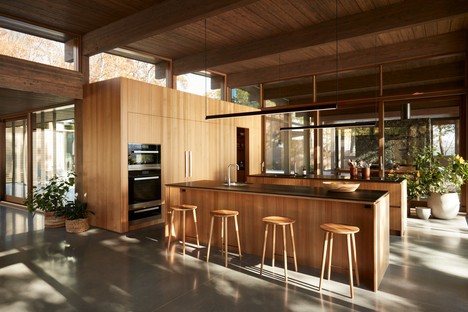 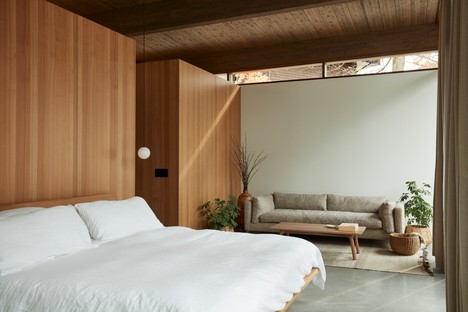 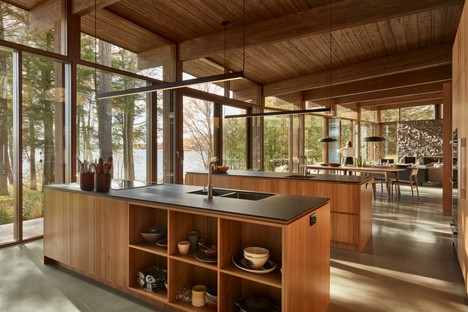 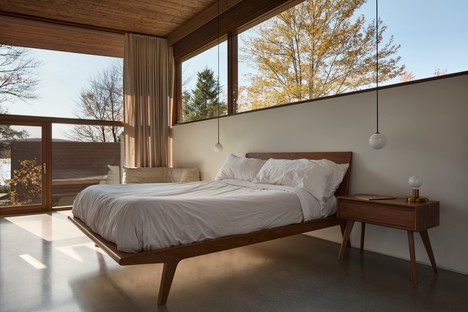 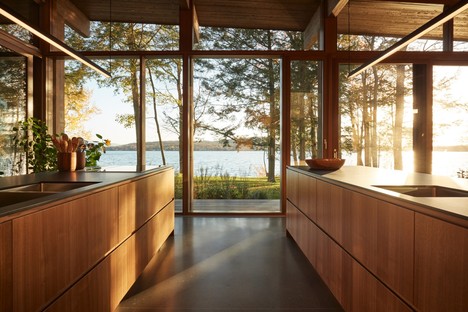 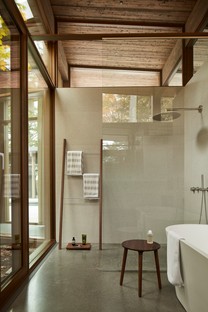