Architectural practice Dieterdietz came up with plans for the renovation and expansion of a home in the evocative setting of the Swiss rural landscape of Chigny. 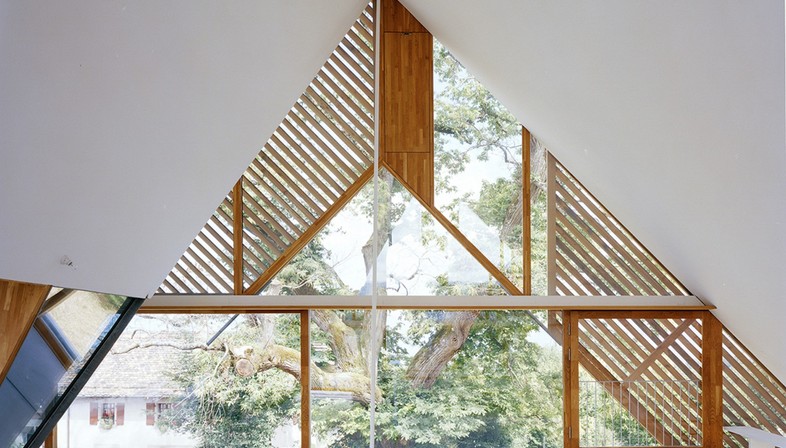 Dieterdietz planned the renovation of a 19th century building and construction of a new house in a beautiful rural setting in Switzerland, amidst the vineyards of Chigny, in a beautiful landscape with views of Lake Geneva and the French Alps, with Mont Blanc rising against the sky in the background. The setting is completed with a group of 19th century houses which fit perfectly into the landscape of vineyards and ancient trees, including a 200 year-old chestnut and a tall sycamore in the garden of the Grange and Pressoir, the two houses designed by Dieterdietz.
The clients chose to build their retirement home in the rural landscape of Chigny. The idea was to have a home in which they could live independently as part of a community of friends or family members. The architects were therefore asked to design spaces to be shared with others and spaces to be used independently. The solution proposed by Dieterdietz is two separate buildings: by renovating the existing building and constructing a new one, the architects created two homes, Grange and Pressoir, to respond to the clients’ needs.
Pressoir is the old building, named after the area’s traditional winepresses. The architects made the most of this traditional rural construction, preserving the original proportions of the spaces and the elements typical of the home’s farming past, such as an old bread oven. Grange is the new house, and the name is a reference to the hay barn, traditionally a storage building, which inspires its shape and its roof; the architects have created a declaredly modern construction with big floor-to-ceiling windows. 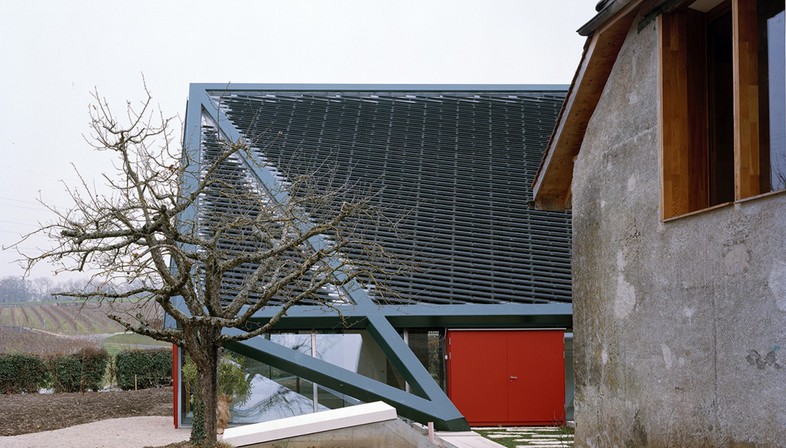 The two projects, though different, were developed on the basis of the same concept, with functions and spaces that allow the inhabitants of the two homes to live independently. The garden maintains its identity while becoming a courtyard shared by the renovated Pressoir and the new Grange. In both homes the layout is arranged around a large room which becomes the fulcrum of the composition and the principal place where the inhabitants live. Hollows, access rooms, curtains and mobile panels differentiate spaces and give them different degrees of privacy. In this way the architects create a gradual transition from the spaces destined for public life in the home to the more private areas. 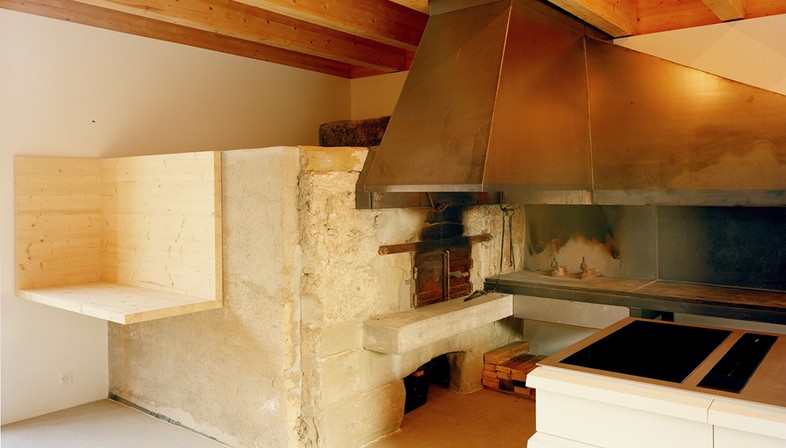 Architect Dieter Dietz studied the constructions in the village, the materials, and colours; “The idea is to establish a dialogue between the present and the past. I sought to integrate the modern idiom into a rural context”.
To achieve this goal, the architects use basic materials such as wood and glass accentuating the similarities and differences between the two constructions. In the renovation of the 19th century home, they preserve its original structure, bringing into view the principal elements with the signs of time they bear, telling the building’s history. From inside, the homes are oriented toward the landscape, giving the inhabitants views over the vineyards and fruit orchard around them. 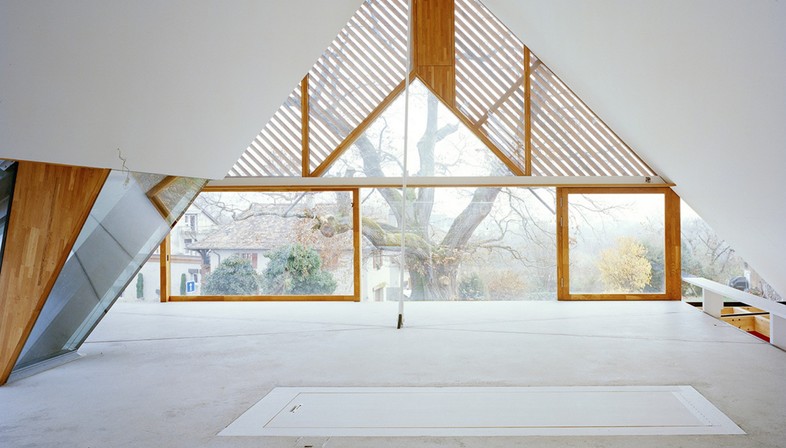 Dieter Dietz, an associate professor at EPFL in Lausanne and director of the ALICE (Atelier de la conception de l'espace) laboratory, is the founder of dieterdietz.org. The studio has an unusual structure: a team is set up for every specific project, with no internal hierarchy, so that all partners are co-authors of the project. The goal is to develop the project as an open, holistic process with the participation of the clients and partners, conscious of architecture’s responsibilities to society and the environment. 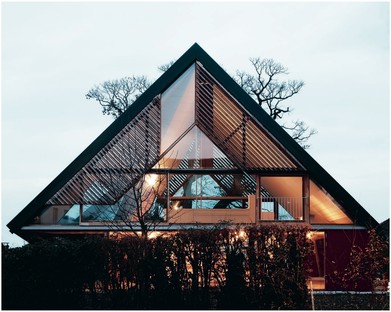 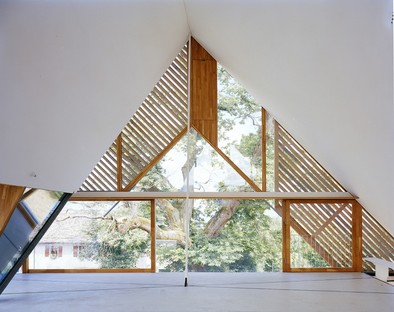 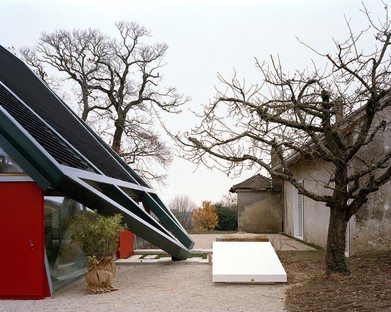 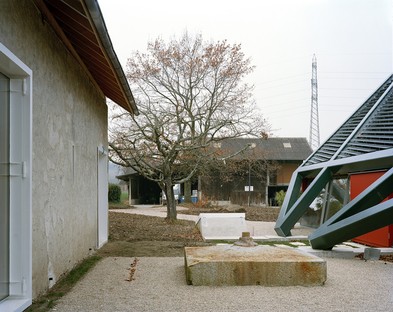 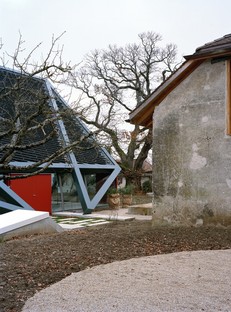 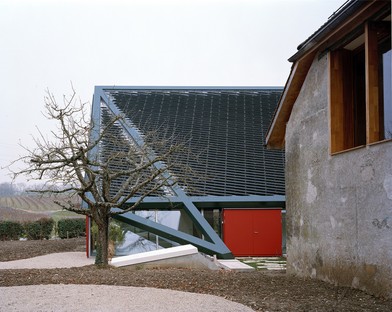 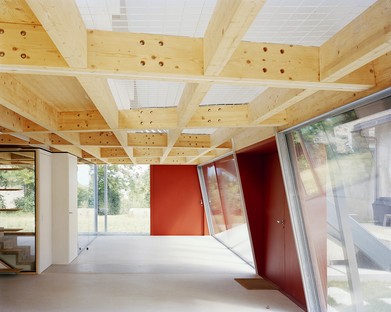 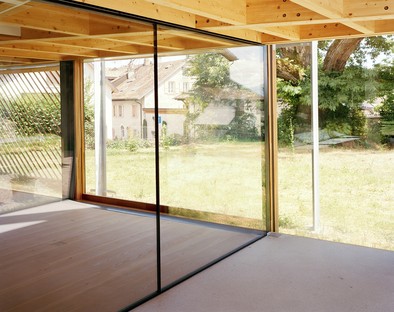 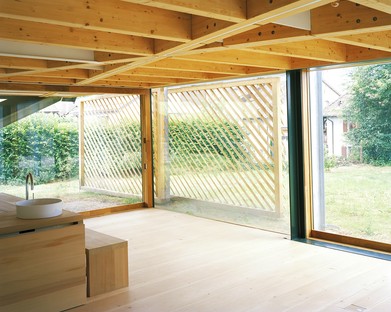 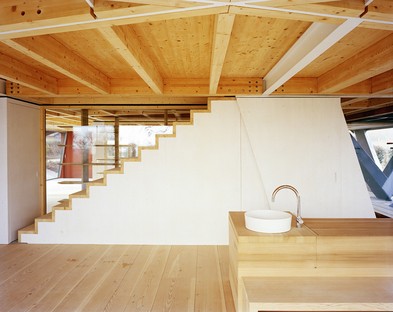 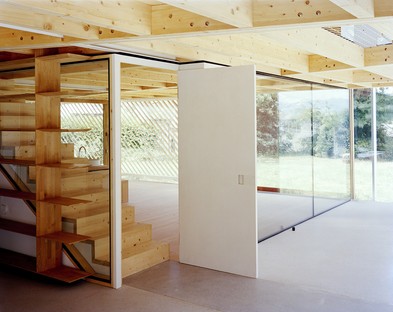 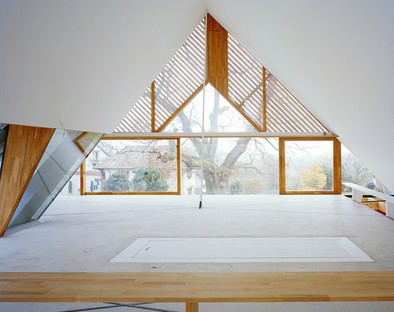 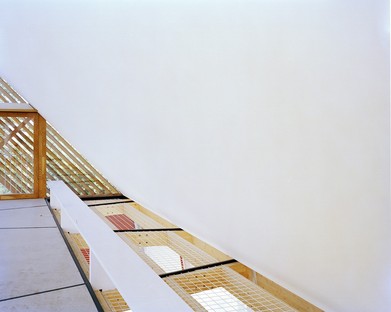 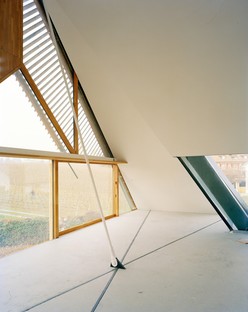 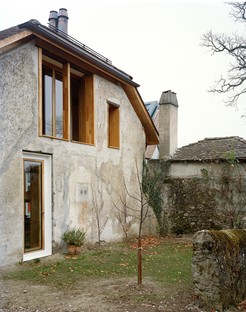 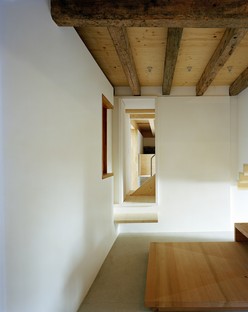 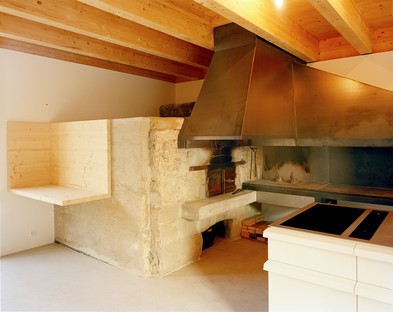 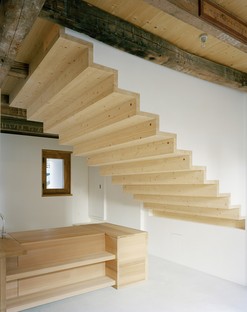 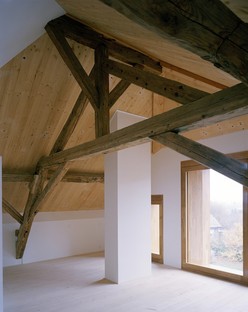 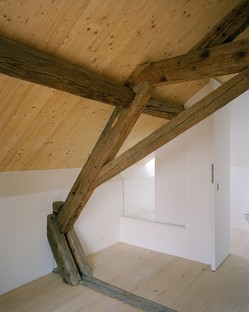