US architecture firm Wittman Estes has designed a small studio and courtyard behind a house that was built in the 1940s. An elegant, and at the same time sustainable response that provides a design solution on a human scale without losing sight of the pressing urgency to densify the urban fabric. 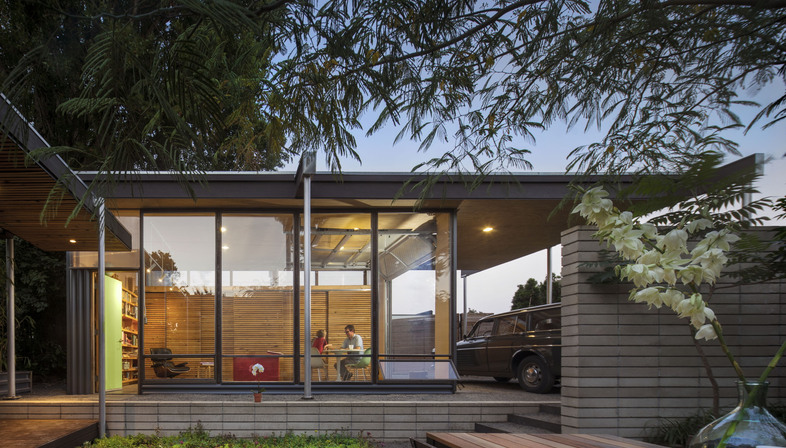 Housing is at a premium in Seattle, as it is in many other cities in the United States and all over the world, which means the urban fabric is slowly changing. To respond to the growing demand for housing, there is increasing pressure on neighbourhoods with single-family homes to build so-called “Seattle Modern Boxes” that maximize building size and density. This is a logical response, in line with the current needs of city living. Still, there are also alternative solutions, and the architecture firm Wittman Estes demonstrates this with their project called the Grasshopper Studio and Courtyard based on “courtyard urbanism”.
The designers maintained the existing small footprint of a 1940s house. Behind it, they added a multi-functional studio along the rear alley on the small lot, which benefits from adjacent trees. The studio references the geometric lines and materials of the house with wood, glass and brick. They also created an outdoor space between the old home and the new studio, which visually connects them and becomes a fundamental part of the project.
The studio overlooks the sunken terrace, which was inspired by ancient Chinese courtyard housing. The idea is to use the central paved area—hidden from prying eyes—for dining, entertaining, lounging and year-round play. An expansive covered walkway along the north side can be used as a casual seating area or even a stage for children’s performances. The open plan studio is programmatically undetermined to foster maximum flexibility, in response to future changes in family dynamics. Not surprisingly, some of the studio’s future uses include guest accommodation for visiting friends or relatives or even short-term rental. The small volume can also be used as a workshop or play area completely separate from the main house. The flat roof brings together the whole part of the addition and extends to create a carport and outdoor workshop area that protects the building and extends the interiors to the outdoors.
The thing that really stands out about this project by Wittman Estes, apart from the understated, intrinsic beauty of the detailing, is the overall perception of space that you get when looking at the existing house and the small studio together. Despite the real limits to the actual space, the skilful positioning of a tree in the centre of the courtyard and the inclusion of the trees adjoining the lot and the sky above creates the illusion of a much larger property. Basically, as the architects say, it is a “borrowed landscape”, but it works.
The Grasshopper Studio and Courtyard by Wittman Estes is a small building that has successfully reorganized the property to maximize its potential, basically increasing the useable area threefold. As a response to the lack of urban housing, it encourages others to rethink how single-family lots are arranged and is an elegant alternative on a human scale when it comes to future densification of the urban fabric, in Seattle and elsewhere. 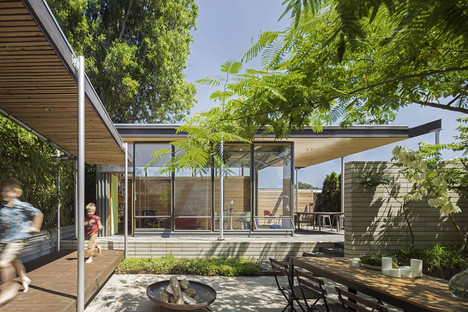 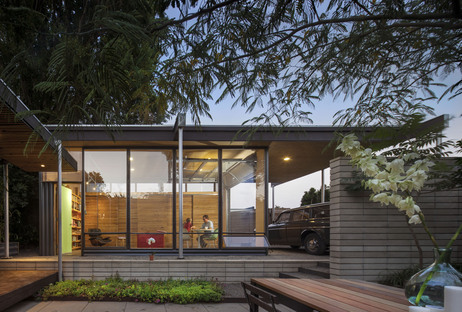 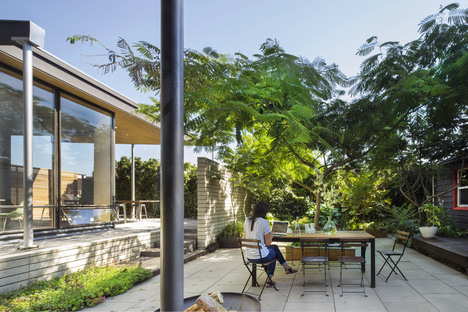 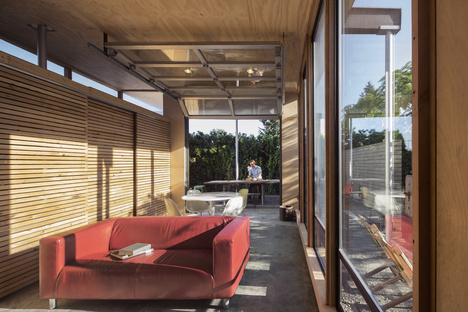 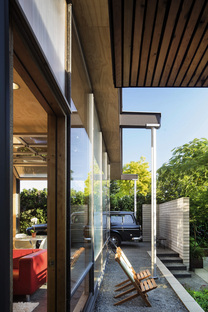 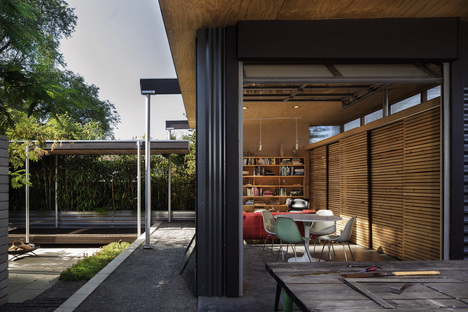 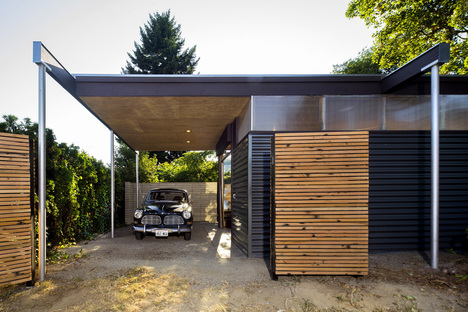 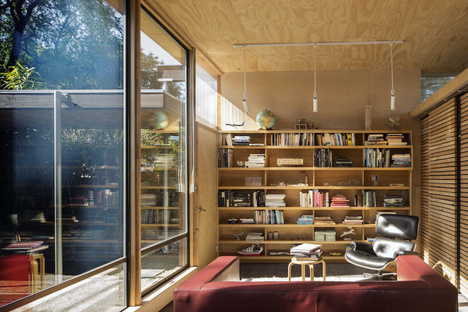 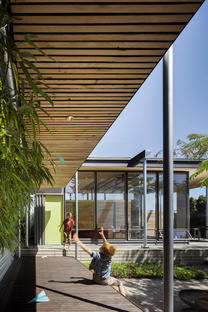 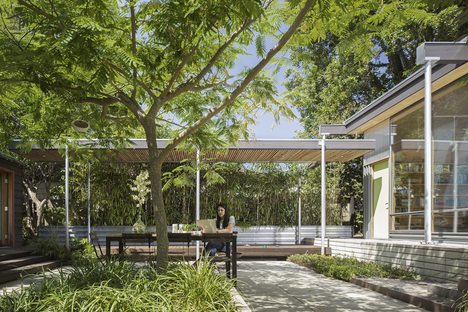