American music impresario Zac Levine worked with Mutuus Studio and GMD Custom to create Seattle’s most culturally inclusive nightclub: Supernova, a place of breath-taking design which is safe and welcoming for women, BIPOC and the LGBTQIA+ community, as employees, patrons and entertainers. 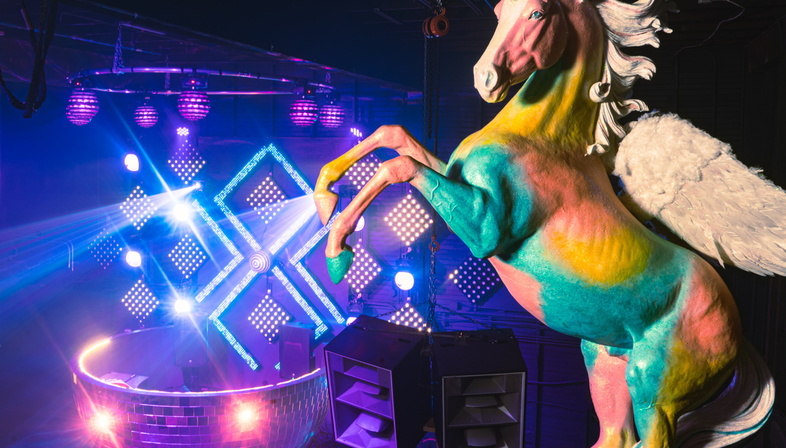 Supernova is the name of a new music and entertainment club in Seattle named after an exploding star: a clear reference to the desire to offer something truly different. According to its website, „Supernova is not just another nightclub! We are a new immersive arts and entertainment venue unlike anywhere else in the Pacific Northwest - a dance club where you have the freedom to be yourself and party within a safe, fun and friendly space. Catering to diverse audiences, communities and self-expression, Supernova welcomes everyone to enjoy a night of dancing, music and art.“
All nightclubs should be like this, one might think, but Zac Levine, who grew up in Seattle’s music and cultural scene, realised there was a need for a special kind of place, „something that draws the spectacular when people need a safe space, a place of self-expression, a place of freedom,“ as he said in a 2021 interview.
Zac Levine turned to Seattle’s Mutuus Studio, founded in 2016 and known for its elegant architecture, interiors and objects blending into a single immersive environment, and general contracting, consulting and design studio GMD Custom to design the club. Both companies have plenty of experience in and sensitivity to the creation of shared places for the community, exactly what Supernova was meant to be.
The club is located in an old lumber warehouse built in 1937 at the corner of 1st Avenue and Horton Street in Seattle’s SODO (South Downtown) district. Mutuus Sudio, GMD Custom and Zac Levine transformed the 603-square-metre warehouse, which has been used in many different ways over the years, including as the home of another nightclub, into an „other-worldly“ place, as we may read on the Supernova website, with space for 541 people on two levels.
Colours and textures are among the designers’ key ingredients in this transformation. As soon as we set eyes on the hand-painted walls of the entrance and the amusing corridor lined with infinity mirrors, we realise that we are entering an intentionally exaggerated world where the interior design helps guests get into the mood of the evening. This was exactly what Levine wanted, for, as he remarked in the above-mentioned interview: "I’m tired of seeing four walls and a DJ booth. … Supernova is the Studio 54 of 2021".
Patrons emerge from the corridor onto the second-floor mezzanine overlooking a 9.14-metre-wide stage with an unusual DJ booth in the middle, shaped like a disco ball 2.4 metres in diameter.
In addition to this dramatic effect, plenty more details make a visit to Supernova truly memorable. Reminiscences of the 1970s, nostalgic references and artworks appear all over the club. With a bar in a vintage VW van, a lounge featuring luminous fluorescent shapes, a secret photo booth and plenty more intriguing details waiting to be discovered, the entire venue offers a unique, memorable experience designed to ensure inclusion and respect for all patrons, particularly more vulnerable categories such as women and members of the BIPOC and LGBTQIA+ communities. 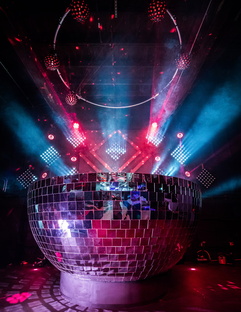 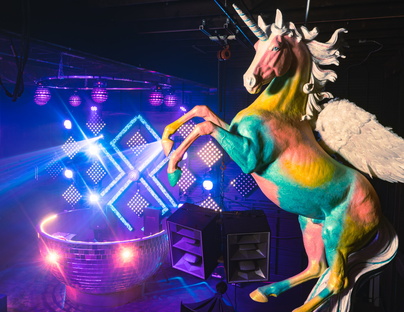 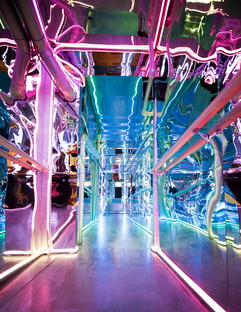 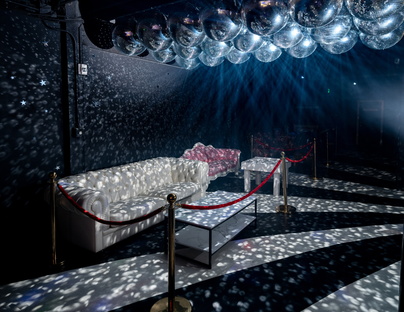 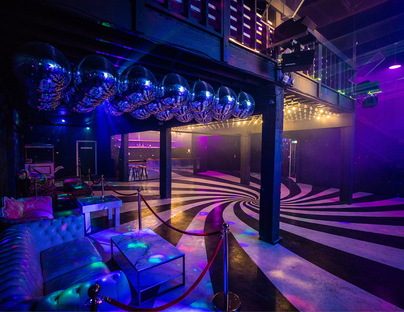 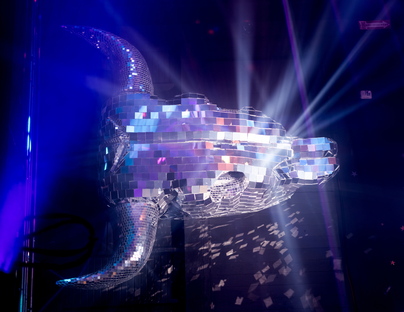 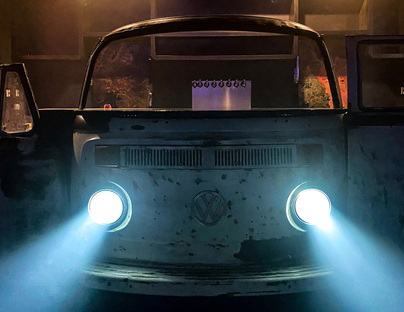 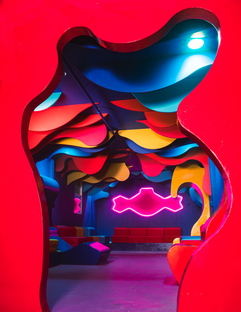 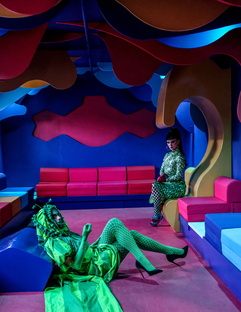 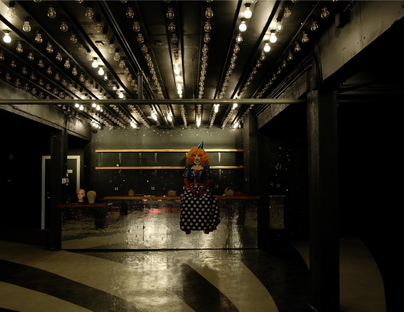 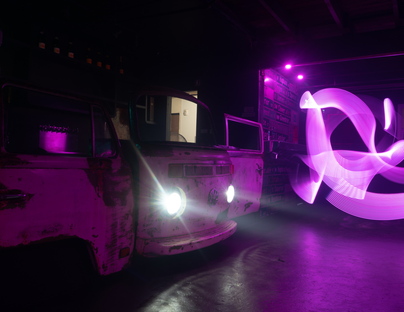