The design team from have Mutuus Studio transformed the Acid Accumulator from the defunct Georgia Pacific mill on Bellingham’s waterfront into a new art installation placed in the new Waypoint Park along Whatcom Waterway, funded by the City's One Percent for the Arts programme. 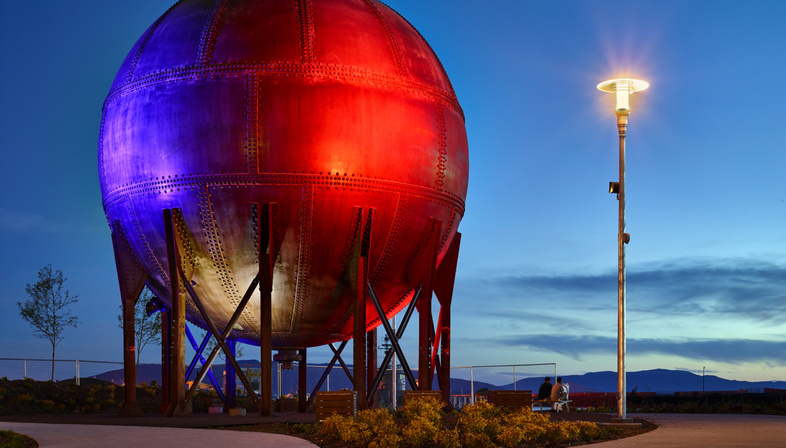 Bellingham is the most populous city in Whatcom County in the U.S. state of Washington. It is located between two major metropolitan areas, 140 km north of Seattle, 84 km southeast of Vancouver, British Columbia, and 34 km south of the Canada-US border. The Bellingham waterfront served as an industrial centre for more than a century, where the Georgia-Pacific pulp-and-paper mill operated until 2001, and industry had a huge impact on the city’s development. This was particularly true after 1965 when a Chlor-Alkali facility was built to service paper production and became a major source of mercury contamination in the Whatcom Waterway and on the uplands of the site for decades.
The clean-up and redevelopment site of approximately 30 ha was divided into two areas: The defunct pulp-and-paper mill area and the chemical plant area. This forms the context for the site-specific installation by Seattle-based Mutuus Studio that transforms the acid accumulator of the former Georgia Pacific paper mill into public art. Their entry won the city of Bellingham’ international Call for Proposals as part of its “One Percent for the Arts” programme for the design, fabrication of a project for the “Acid Ball”, also known as the accumulator ball, once part of a system that broke down wood chips with pressure and acid. In their entry, Mutuus Studio ticked all the boxes of the project criteria: use the existing shape and details of the acid ball, draw people into the site to explore, approach, and appreciate the artefact, reimagine uses for commodity materials and technology in a creative way, implement the project within the intended timeline and available budget, and create a dynamic visual impact.
As Mutuus Studio partner Saul Becker said, “There's a real desire to understand these objects and carry them into the future so that people can understand not just an industry but the movement of time itself.” They asked themselves what was the smallest big move they could make to acknowledge both its history and its new life, and transformed the industrial relic into an installation called Waypoint: a stopover on the journey towards the future of Bellingham.
The metal sphere was constructed in 1938 and is approximately nine metres in diameter. It was moved more than 300 metres from its original location near the historic Granary Building to the new Waypoint Park, built on the old brownfield. The recently opened waterfront park covers 13 hectares. Positioned on the water's edge, the acid ball has become beacon from land and sea, attracting people to a place that connects the urban fabric with the waterfront. They covered the acid ball with the same durable, low maintenance, vandal and weather resistant coating used on highways and roads, making Waypoint  interact with the light around it, from a flashlight to the headlights of a passing car, from a sunbeam to a waning moon, so it changes through every season, throughout the day and night. As Kristen Becker of Mutuus Studio explains that this was really important for Waypoint, “not just this piece that you see once (...) but something that you’d want to come back to and experience in a different light”. This is a lo-fi but high design concept that sets up an emotional and long-lasting connection with the site. 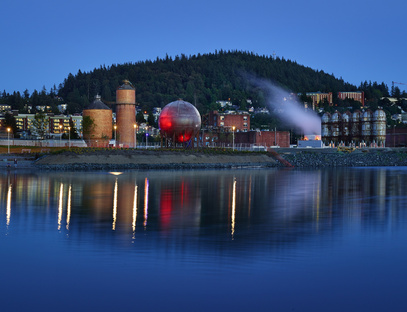 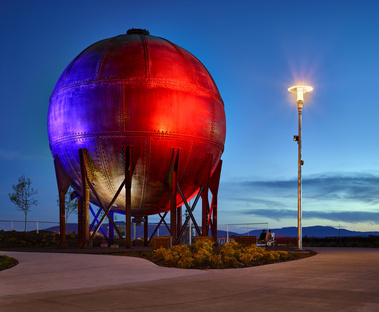 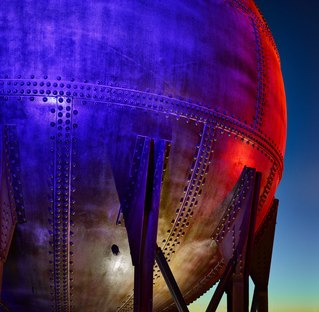 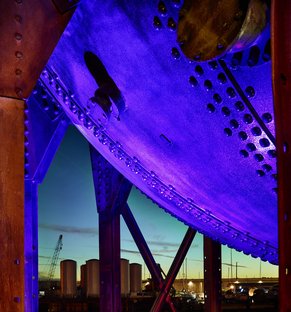 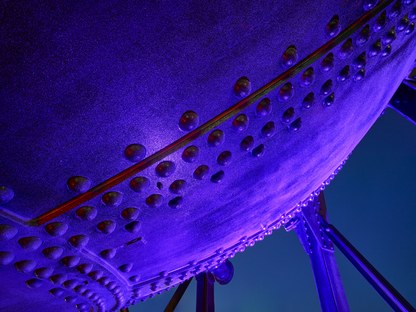 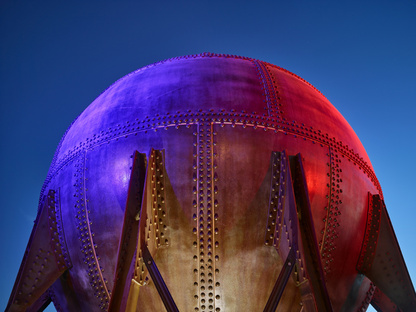 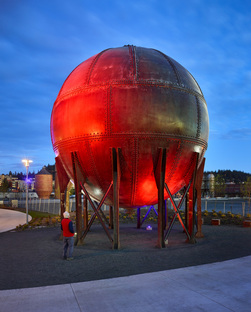 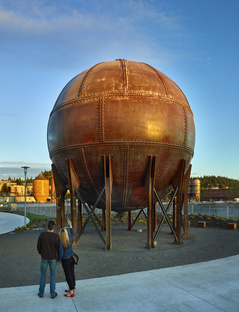 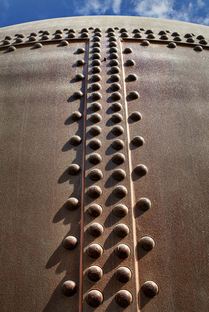 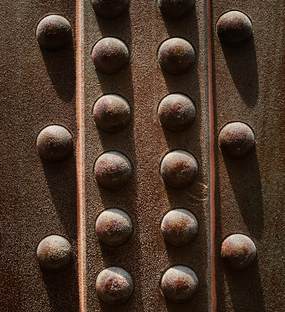 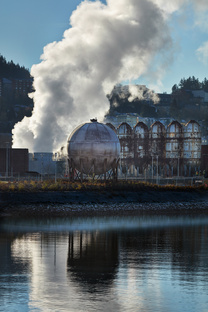