Designed and operated by MAYICE, Electric Green is a light installation on the green wall of the CaixaForum that encourages us to reflect on the importance of nature in our lives. A video-artwork based on animated travelling lights that energise Patrick Blanc’s vertical forest on the CaixaForum building, designed by architects Herzog & De Meuron 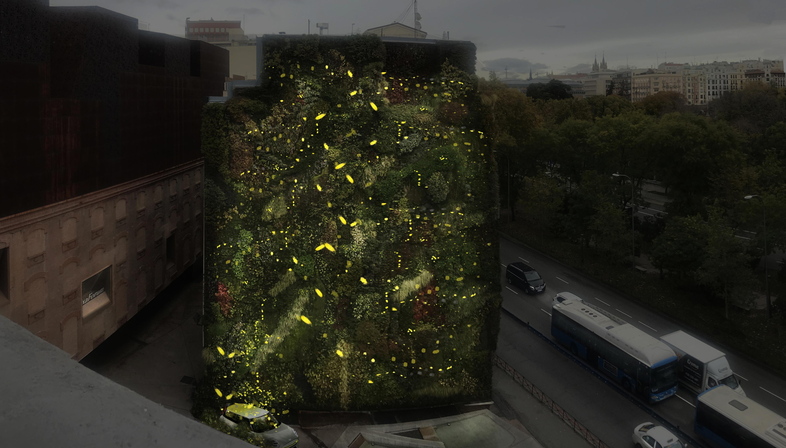 One of the many surprises of the Madrid Design Festival is Electric Green, the light installation by MAYICE studio projected onto the hanging garden of CaixaForum. The architecture designed by Herzog & De Meuron is in itself unexpected with the sculptural aspect of its silhouette reflecting the roofscape of the surrounding buildings. CaixaForum is located in the heart of the city’s cultural district, facing the Paseo del Prado, in close proximity to the Prado, the Reina Sofia and the Thyssen-Bornemisza museums.  Electric Green, completed by the creatives from the Madrid-based multidisciplinary studio, MAYICE for Mini Electric on Patrick Blanc’s hanging garden next to the CaixaForum building, has added yet another layer of meaning to this place.
We all know that humans need to spend at least a few hours a week immersed in nature but until now a large number of city-dwellers just don’t reach that minimum at all. In the end, we spend more time with our electronics than with nature, with all the accompanying negative effects this has on our psychological and physical health.
So how can we bridge - or at least reduce - this gap? For a start by changing our damaging habits and, if we can’t actually give them up altogether, at least use cars less or switch to electric cars in order to bring down carbon emissions and noise pollution. So MINI and La Fábrica, organisers of the Madrid Design Festival, commissioned Mayice - led by Marta Alonso Yebra and Imanol Calderón Elósegui - to create a project that would spotlight this attempt to reconcile the needs and demands of contemporary life with the environmental impact of our everyday routine.
For Mayice, architecture doesn’t just mean the walls, the ceilings and the floors, they also intend it to mean the air inside, the space, the experience, as the architect Frank Lloyd Wright used to say. So, they decided to create something that would be more than just an optical effect, something that would leave viewers with a more long-lasting mark, input towards a change in their conduct.
During the day, an electric MINI positioned in front of the green wall played sounds of nature and alongside the vertical garden, enveloped in forest branches, as if it were a piece of land-art. From seven in the evening until eleven at night, the lights of the public space and the lights of CaixaForum were switched off and the show of light particles flitting across the hanging garden began, producing a truly hypnotic effect. For three hours each night, the plaza was lit up by this audio-visual animation projected onto the green wall. Visitors were transfixed by the eye-catching spectacle for the senses in the middle of the city. A standout emotional experience, something you wouldn’t expect in one of Madrid’s most lively spots. A project for MINI, for the Madrid Design Festival, for visitors to Madrid and for the local community. A tribute to nature and to urban forests, a gift for the city that we would also like to see after the 2020 Madrid Design Festival ends on 29 February, to remind us of the importance of nature in our lives. 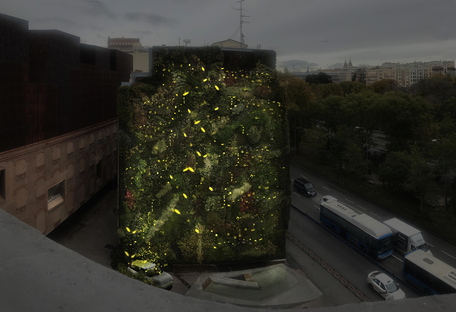 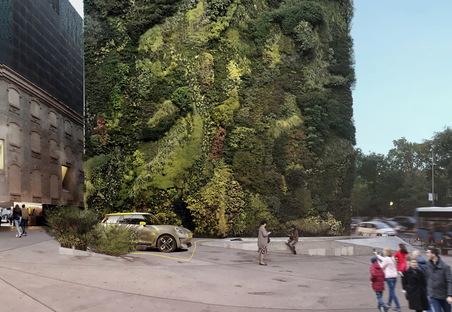