A project by US-based architect Robert Hull, FAIA and the University of Washington, Department of Architecture has received one of the 2018 Institute Honor Awards for Architecture. 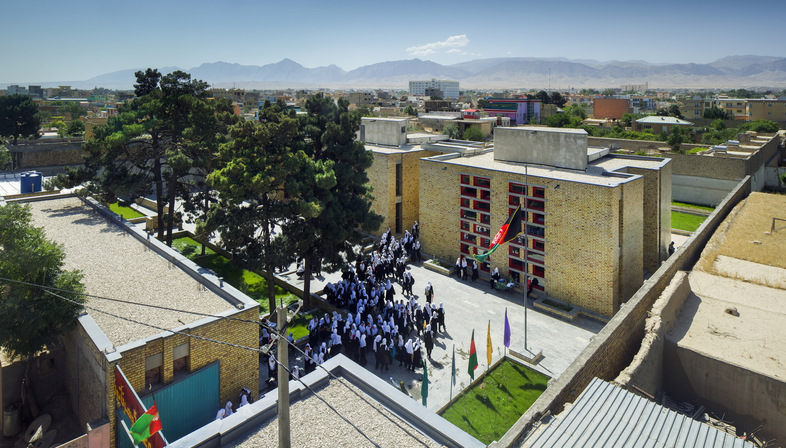 A project by US-based architect Robert Hull, FAIA and the University of Washington, Department of Architecture has received one of the 2018 Institute Honor Awards for Architecture. Their work is a school in Mazar-i-Sharif attended by several thousand girls, where social aspects are mixed with sustainable architecture solutions.


Mazar-i-Sharif is Afghanistan's fourth largest city with a population of over 500,000 situated only 50 km from the Uzbekistan border. The old school was in a real state of disrepair, so the Balkh Province Ministry of Education, in collaboration with a US-based non-profit organisation commissioned Robert Hull, FAIA and the University of Washington, Department of Architecture to design a new school.
The new girls' school provides education to almost 3000 K-12 students every day. For years, girls have been excluded from learning and this new school plays an important part in supporting the transition of young women into Afghan society. Right from the outset, the design team of the Gohar Khatoon Girls' school involved the girls in the decision-making and creative process, developing a sustainable school model that values their input and choices.
The school's facade takes its cues from the rich local tradition with red, yellow and turquoise windows made by local craftsmen and referencing the famed Blue Mosque in Mazar-i-Sharif.
Using sustainable construction strategies was key to the project's success, given that power supplies in Afghanistan's schools are often limited and intermittent and they have few funds for heating. So, the team implemented responses such as central stairwells in each classroom block that capture heat and large seasonal doors to draw in air during Summer. The school also includes spaces for physical fitness as well as an educational garden that continues this storied tradition in Persian culture.
Most forms of artwork were banned during Taliban rule so a women-only mural design competition was organised as an important community-building activity. Six winning entries are now on view throughout the school with a convincing aesthetic that was crafted on a tight budget and in a difficult context. Architecture that empowers a new generation of girls to take back their future. To put it in a nutshell, a real urban oasis for the community. 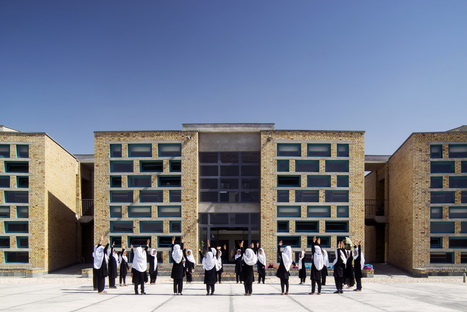 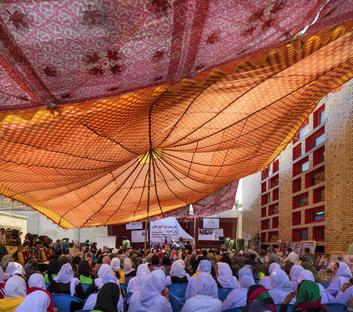 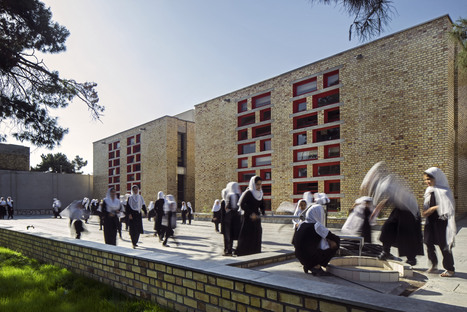 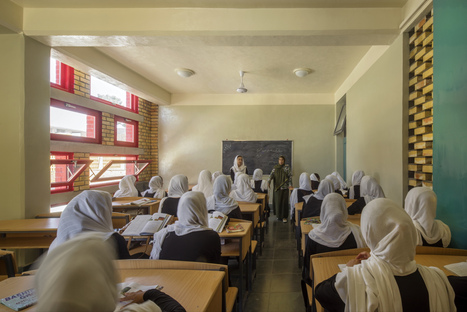 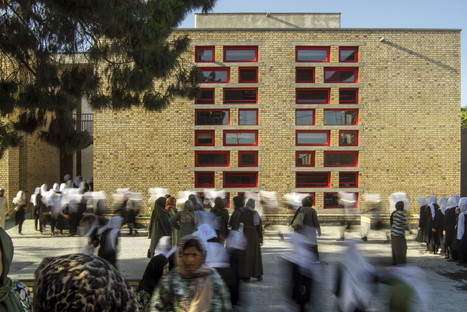