Seattle-based architecture firm Wittman Estes has completed the renovation and modernisation of a hotel originally opened in 1962 for the Century 21 World's Fair in the rapidly transforming South Lake Union neighbourhood of the city. The project also includes furniture designed by the architects specifically to echo the hotel’s mid-century history. 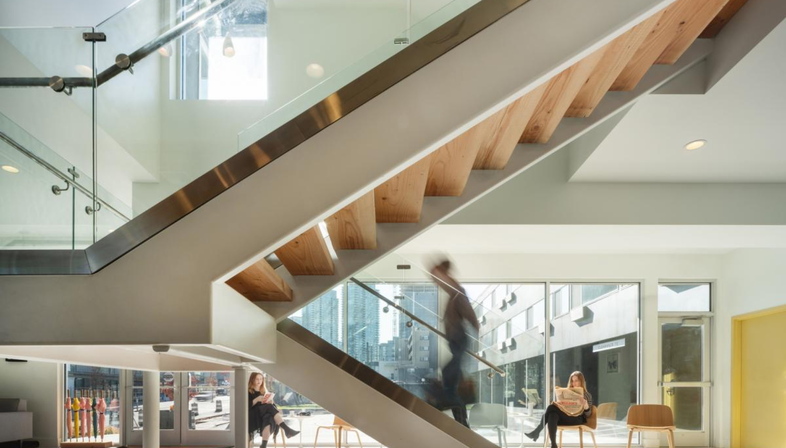 Even the photographs alone convey the incredible charm of the destination, the Civic Hotel near Seattle’s iconic Space Needle in South Lake Union. What was once an outdated motel, originally named the Imperial ‘400’ Motel and built in 1962 for the Century 21 World’s Fair, has now been reborn as a new boutique hotel thanks to the carefully considered renovation work of local firm Wittman Estes. The architects have reimagined the building with modern interiors and outdoor spaces in the spirit of jet travel, optimism, and a distinctly Seattle blend of technology and nature. Building on themes of lightness, speed, ﬂight, and connections with nature, the design is at once fresh and bright, stylish and relaxed.
Perhaps the key to the success of this project lies in Jody Estes’ and husband Matt Wittman’s particular interest in this specific period of history. Indeed, she says: “Matt and I have had a long interest in mid-century architecture. My doctoral thesis was focused on the architecture of the Seattle World’s Fair. It’s like it was meant to be!”
Without further ado, let’s take a closer look at this transformation, which involved close cooperation with the clients at every turn. Standing three stories high, the transformed 2500-square-metre building comprises 52 guest rooms. On the ground level is a lobby and event space, while on the second level are 26 guest rooms and a gym, and on the third level are an additional 26 guest rooms.
A rooftop Sky Lounge is planned for a future phase. The original hotel had been poorly renovated over the years, with many of the superfluous additions that marred its character aimed at avoiding the noise of SR99/Aurora Ave. The existing lobby was dark and disconnected from both the surrounding cityscape and the guest rooms above. With the new tunnel placing the highway underground, the hotel owners sought to take advantage of the lower noise level and thus asked the architects to create a fresh dialogue with the urban surroundings, especially the city’s renewed pedestrian activity.
As such, the renovated lobby features a new glass staircase with floating Douglas fir treads which bring guests to the upper level guest rooms. A new ground level meeting room and event space can be partitioned into smaller rooms with sliding panels, or open up for one large event. A coffee shop is slated to open on the northeast corner of the lobby, with doors opening out onto a wood deck featuring built-in seating. The outdoor spaces offer incredible views north to the Lower Queen Anne neighbourhood, the Gates Foundation headquarters, as well as Seattle’s iconic tower, the Space Needle.
The Civic Hotel presents itself as a fresh and contemporary boutique hotel that elegantly draws upon the original spirit of the mid-century modern architecture of the hotel. Wittman Estes has transformed the Civic Hotel to bring in sunlight, views, and a new awareness of the vibrant surrounding neighbourhood into the building itself, with many of its furnishings also being custom-designed by the same firm, making for a consistently stylish experience that exudes charm at every turn. 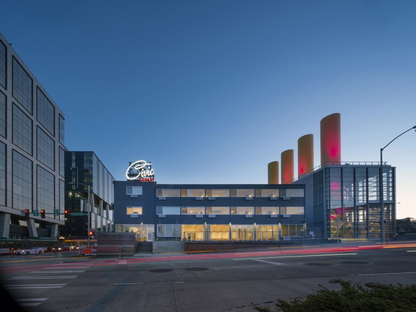 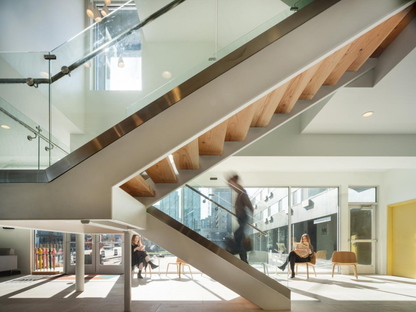 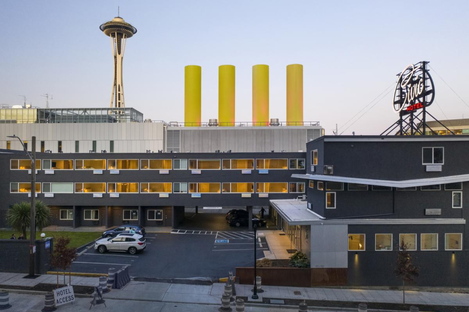 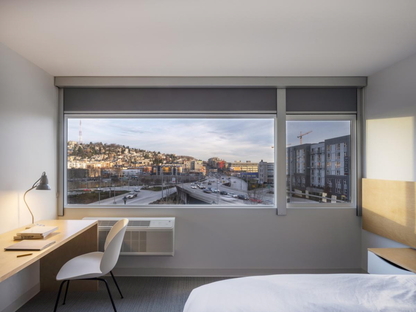 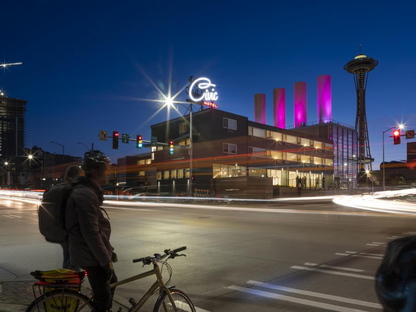 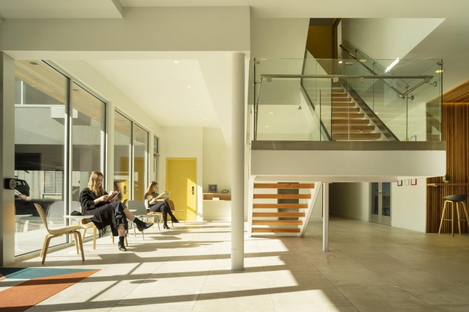 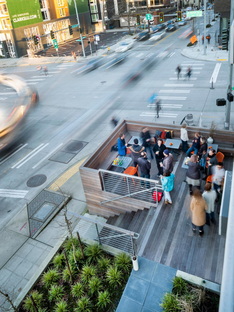 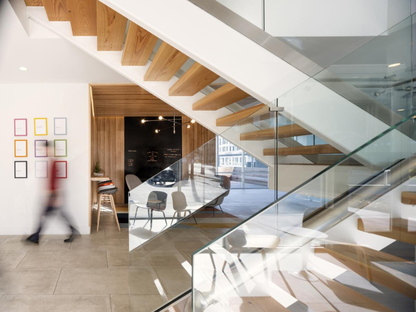 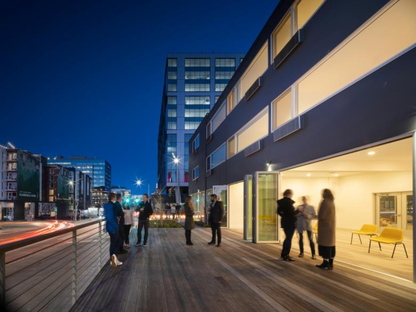