The new NUO hotel in New Delhi designed by Indian studio Architecture Discipline treats the hotel not as an isolated building but as a comprehensive urban intervention. Created for jüSTa Hotels & Resorts, Nuo offers a unique, highly recognisable identity while opening up to the neighbourhood. 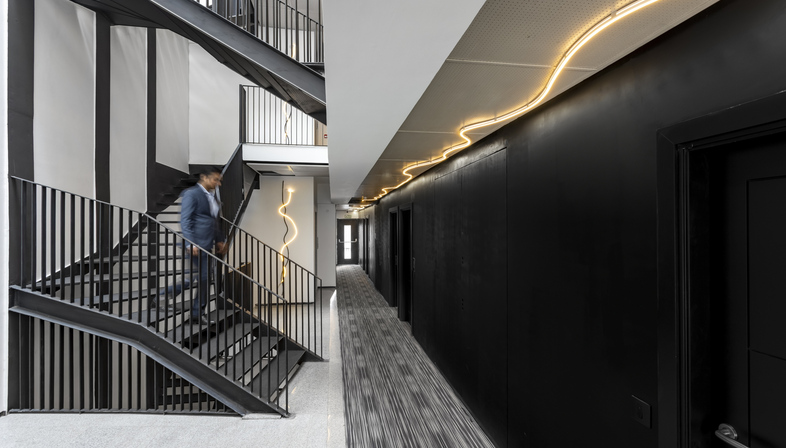 NUO by jüSTa is a new hotel with 27 rooms opened by the hotel and resort chain in Greater Kailash, in the southern part of New Delhi, only 20 minutes from Indira Gandhi International Airport: the first in a series of small urban hotels. According to the architects of Office of Architecture Discipline, the multidisciplinary architectural studio founded by Akshat Bhatt in New Delhi in 2007 that was commissioned to design the hotel: „Unlike other urban hospitality projects that are most often housed in superficially adapted existing buildings in the city centre, Nuo is conceived, designed and built from scratch, accommodating the specific requirements of an urban hotel in the most efficient way possible.“
The project is based on the studio’s philosophy that „real luxury is all about the quality of air and light“, and the desire to consider the hotel not as an isolated building, but as a comprehensive urban intervention. What this means here is that Architecture Discipline has eliminated all possible architectural barriers, opening up the building to the city.
This is achieved through a large open-air entrance courtyard. A glass façade permits visual dialogue in the transition from outside to inside, offering a view of a neon green spiral staircase that attracts the attention of passers-by, visually engaging them with the activities taking place inside Nuo. The architects explain in their note for the press that „the design of Justa Nuo represents a seamless urban connection, carrying the vibrance of the city life into its interior spaces.“
The façades play a key role in announcing the presence of the 920-square-metre building in the neighbourhood and in ensuring its sustainability. The windows are designed in response to the path of the sun across the sky, reducing the intake of heat from the south and the west while using glazed projecting bays to bring in light from the northeast. Projecting elements such as the balconies take advantage of the effects of light and shadow to ensure a comfortable climate inside the hotel; in the evening, LED lights turn the front wall into an interactive interface between the hotel and the city.
At Nuo’s heart is a large 15-metre-high atrium, illuminated by a skylight, where an imposing black steel staircase takes guests to the rooms on the three upper levels. Each room has a bay window and custom-built furniture, with integrated luggage storage and a work desk perfect for travelling professionals. Recyclable locally sourced wood fibre boards attenuate the noise of the bustling city outside, while the neon green staircase leads from the entry level to the lower levels containing spaces shared with the whole neighbourhood, such as the art gallery on the lower ground floor and a basement co-working space with services such as a conference room and a cafeteria.
Interior design in neutral hues of black and grey offers a balanced, contemporary look, with distinctive LED strip lights snaking along the ceilings of the corridors and stairways to add dynamism to the spaces.
With a view to sustainability and well-being, the hotel rooms all receive daylight from the large volume of the atrium, reducing the need for artificial lighting during the day. In a place like New Delhi, climate control systems are essential to maintain the right air quality and temperature in a hotel, but an integrated heat retrieval system minimises energy consumption.
Architecture Discipline’s Nuo is a metropolitan hotel combining high quality accommodations with a focus on the environment and true interaction with its urban surroundings. 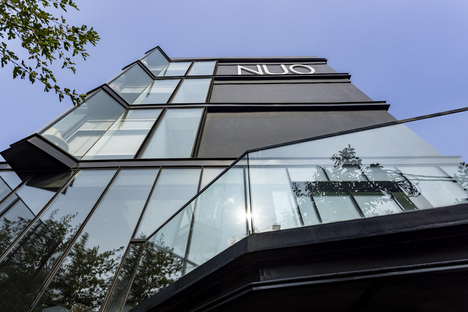 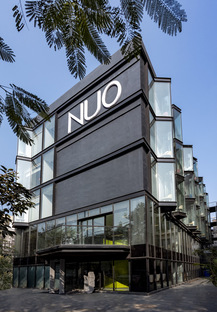 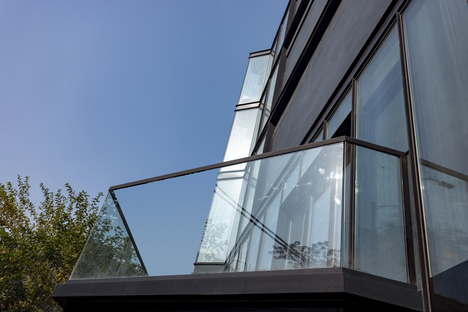 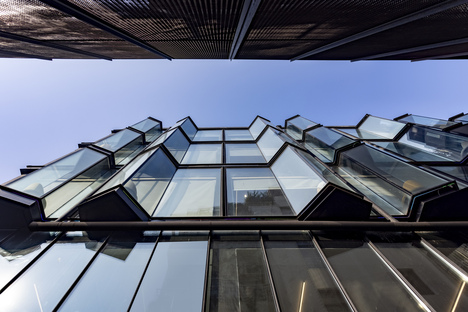 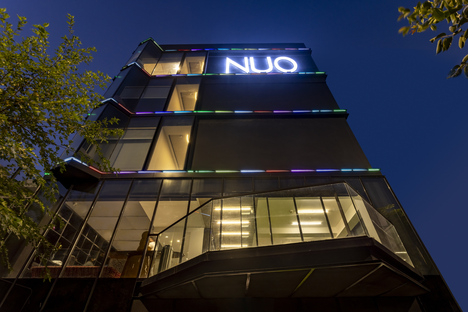 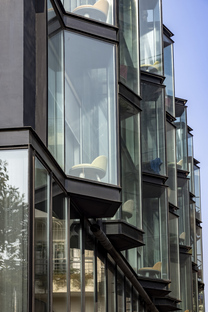 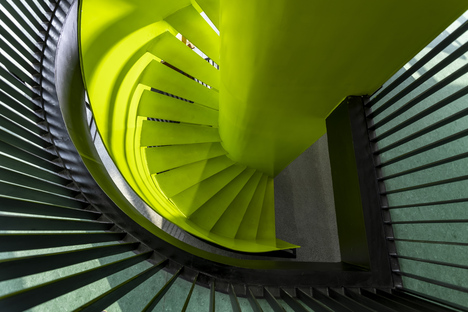 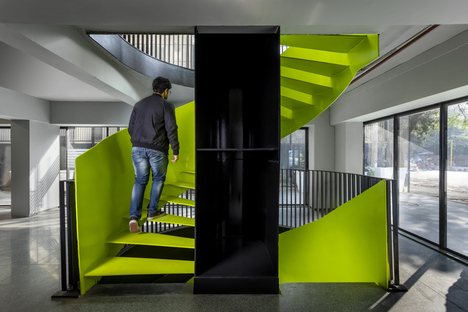 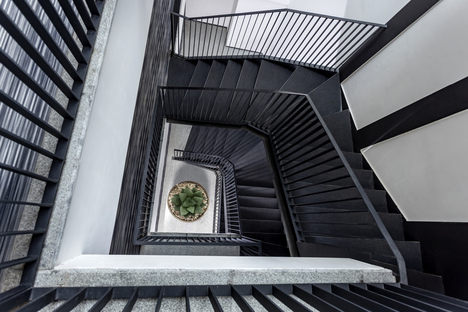 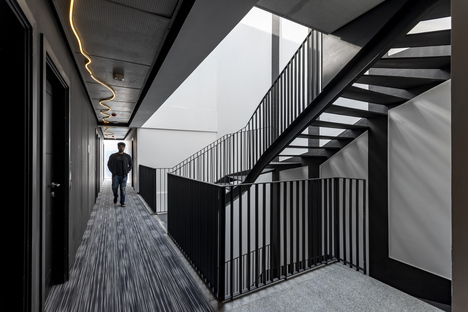 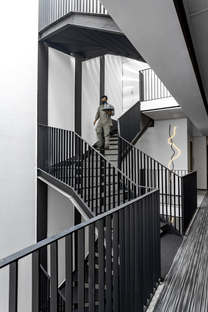 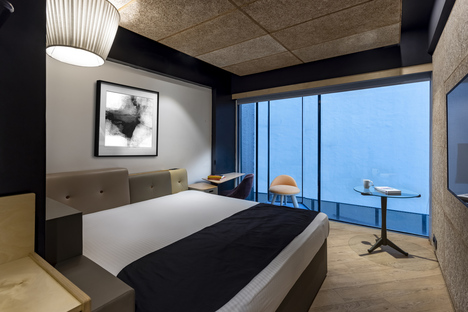 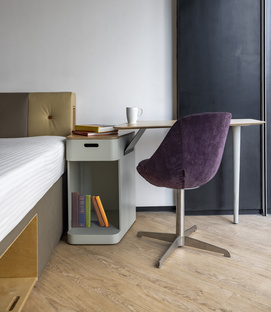