The former colonia Fara in Chiavari, Italy is a case study in recovery of our modern architectural heritage. Five entrepreneurs in the Tigullio area formed a consortium to restore the tower block, which originally opened in 1935 as a summer holiday camp for 400 children; its new-found beauty is revealed in a series of new photographs taken from the sea. 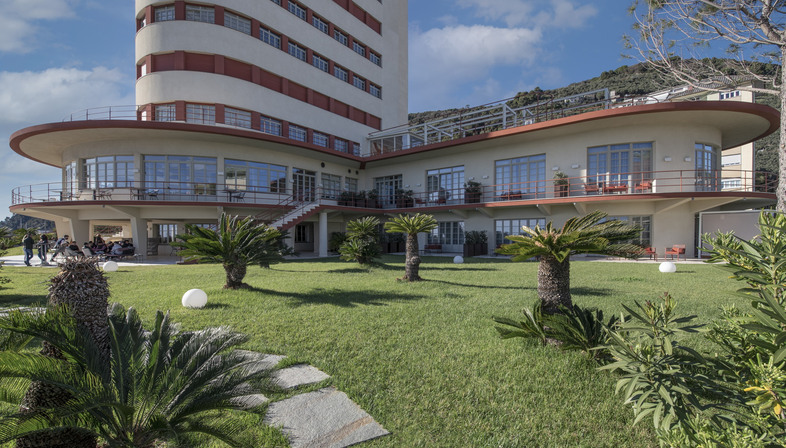 This spring we offered a sneak preview of the shots taken by architecture photographer Gianluca Giordano, a name that has been connected with Italy’s modern architectural heritage for some time now thanks to a series of photographs of Ivrea taken in 2012 entitled “Olivetti. Immagini di una storia industriale” (“Olivetti: images of industrial history”). Giordano’s photographs of the project in Chiavari are inspired by the vision that was apparent in his shots of Ivrea, respectful of history and context and emphasising the great architectural quality of a project that has made its mark on the local community.
We met with the men behind the project, construction foreman Enrico Basso and supervisor of works Alessio Gotelli, to find out more about their work on this building constructed in futurist style in the nineteen thirties, to plans by engineer Camillo Nardi Greco (1887-1968) in collaboration with architect Lorenzo Castello. Designed as a seaside holiday camp for 400 children on the shores of the Tigullio Gulf, the building consists of two volumes: a 1300 square metre horizontal base, over which towers a rounded vertical volume 49 metres high. The similarity with a ship setting sail is particularly evident in Giordano’s new photographs, allowing us to appreciate the size and beauty of Torre Fara as seen from the sea.
The restoration project was conducted under the supervision of the Archaeological Superintendency of the Fine Arts and Landscape of the Region of Liguria, preserving the original colours and touching up and restoring the original aeropaintings. Also referred to as „the sacred art of the futurists“, the aeropaintings are based on the aerial fantasies of artists like Crali and Balla, and according to Giordano, who also restores frescoes and paintings, they are among the few surviving examples of nineteen-thirties wall painting in Liguria.
The paintings were produced in 1935 and 1936 by painter and decorator Demetrio Ghiringhelli, a well-known figure in Genoa in the early twentieth century, in close collaboration with architect Nardi Greco. The two large wall paintings, measuring 4.20 metres in height by 2.70 metres in width, are positioned on either side of the two main entrances to what is now Gran Hotel Fara, occupying the ground floor and the first floor of the tower.
The Suprintendency’s influence is clear in the many details of the restoration of the building, which towers over the new waterfront promenade on Via Preli. For example, only 18 apartments are contained in the building, a maximum of two per floor, on the levels above the hotel: a decision which allowed the stairwell to be maintained unaltered, except for the necessary adaptations to ensure energy efficiency. The original marble steps were still in good condition, as was the handrail, which simply needed to be varnished.
These design choices converge in the direction of sustainability of the former Colonia Fara, which has withstood the changes in fashions and the times over the 85 years since it was built. Not only in terms of reduced energy consumption, allowing it to be class A certified, but above all because the building completely renounces fossil fuels, with heat pumps using seawater. „Futuristic choices“, one might say, in the spirit of a building which was intended to transcend its times and has now been restored in an ideally futuristic project. 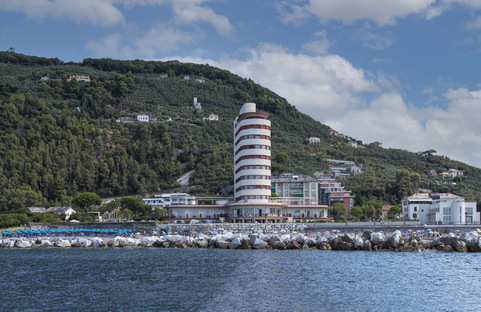 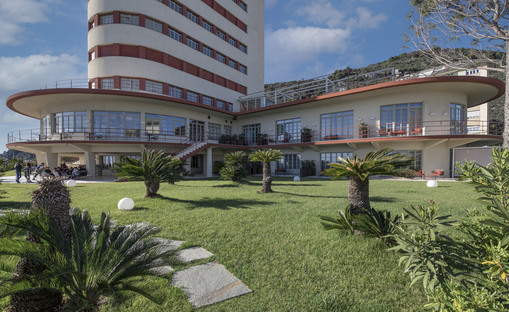 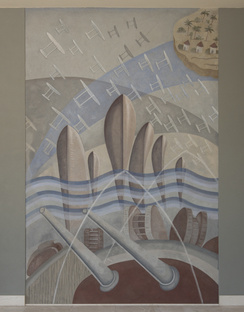 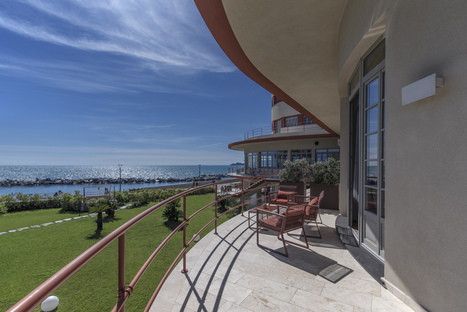 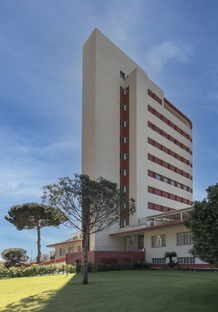 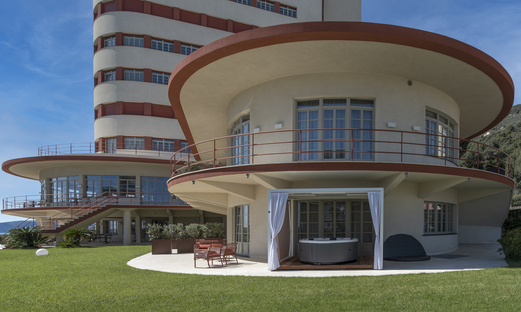 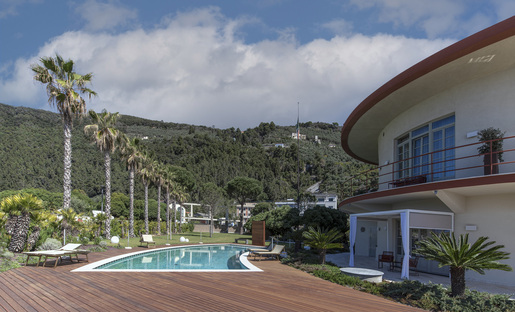 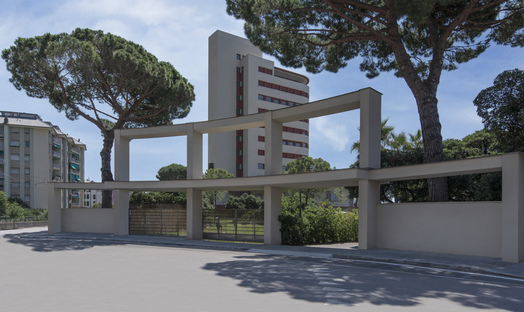 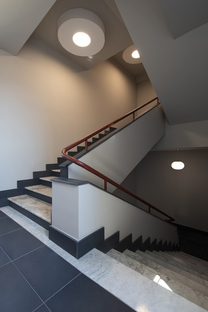 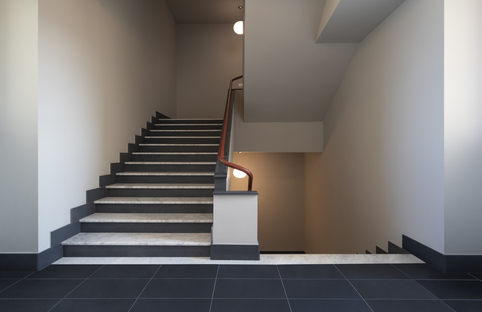 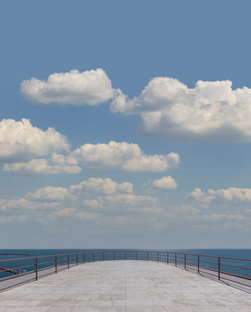 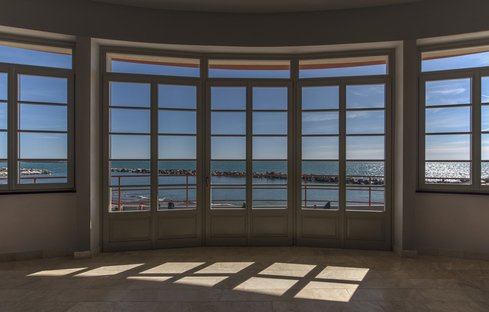