The Peris+Toral Arquitectes studio has created a five-storey building with 54 social housing units in Barcelona, in the Bon Pastor district. An architecture that offers housing that is not only affordable, but also beautiful and sustainable. In fact, the project was shortlisted for the FAD Award for Architecture 2022 and received a special mention in the HISPALYT Architecture Awards 2022. 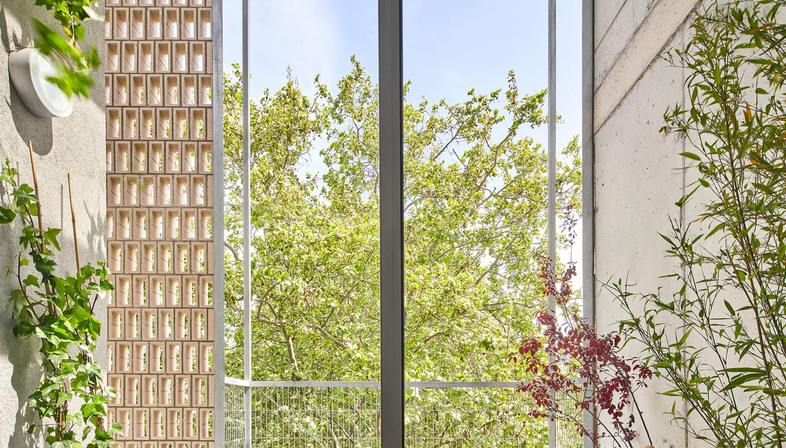 Marta Peris and José Toral, the founders of the Barcelona-based architecture studio Peris+Toral Arquitectes, stand out for their continuous research in the fields of collective public housing and urban space. As we can read on the architects’ website, their focus is on a type of architecture "that places the individual at the centre of action and makes the architect a social agent."
It is precisely with this philosophy in mind that they approached the social housing project completed in the Bon Pastor district, in the outskirts of the Catalan capital. A rather particular task, as the project involved the proposal of modern and multi-storey housing, instead of the agglomeration of 784 Casas Baratas (meaning cheap houses in Spanish), consisting of economic and single-family houses, originally built in 1929 to house workers from the rest of Spain working in the Universal Exhibition held at the time, as well as to offer shelter to the many slum dwellers still scattered around the city. A horizontal expanse of houses, which has been undergoing a redevelopment plan for quite some time to adapt the existing homes and the neighbourhood to new needs, but also to densify the urban area.
The challenge for the Peris+Toral Arquitectes studio was to maintain the special atmosphere of this place, attributed to the urban structure of the single-storey homes that allow for a good relationship between neighbours and a great deal of life in the streets. The new proposal, however, needed to respond to a limited budget, as well as to ensure that current standards would be maintained. Given the impact of such an intervention on the urban context, the remodelling plan could only be carried out in agreement with the neighbourhood’s inhabitants who, in fact, had no objection to the transition from a single-family home, provided that the typical community interaction of Bon Pastor was maintained despite the grouping of housing into multi-storey buildings. The Peris+Toral Arquitectes project involves 59 apartments on 5 floors.
The central element of Marta Peris and José Toral's proposal is therefore the ground floor level where the designers have inserted a series of intermediate areas between the public space and the homes, intended to help recover and preserving part of this community and shared outdoor lifestyle. The park that runs between the building and the nearby riverfront plays a key role in the project, ensuring a continuity of nature.
In the new buildings made with exposed bricks, the entrance involves common courtyards that lead to the atriums. As the architects write in their press release, "on the first floor, generous terraces like outdoor rooms overlook the new park that borders the riverfront. The car park is laid out on a single level with natural ventilation and lighting, offering a space that can, in time, adapt to other uses." The latter is a space offering intrinsic flexibility that can, over time, adapt to other uses, when perhaps there is no longer a need for cars.
To limit the environmental impact and energy costs of the project, the apartments have been arranged in such a way as to facilitate transverse ventilation, thanks to the plan of the houses, each offering two distinct views on both sides of the building. The integration of terraces and balconies enables a close relationship between inside and outside, amplifying the living space and allowing interaction with the "outside" even on the top floors of the building. The visual permeability at the various levels is also ensured by the use of brick lattice or metal grates.
The Peris+Toral Arquitectes’ project, with its formal purity combined with the great attention to sustainability in its various declinations, from economic to social and environmental, was shortlisted for the FAD Award for Architecture 2022 and received a special mention in the HISPALYT Architecture Awards 2022. 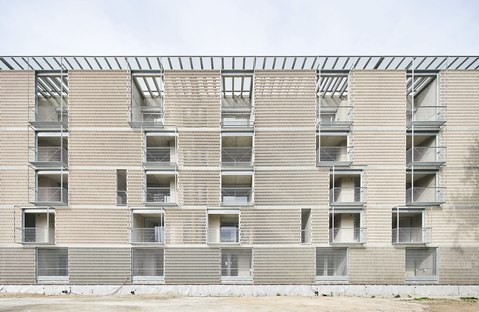 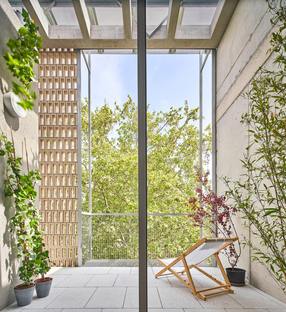 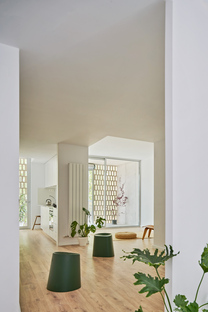 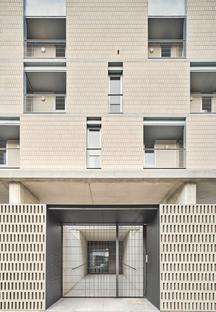 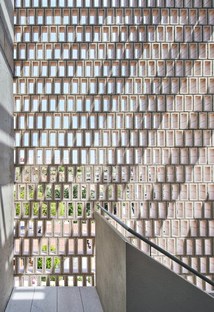 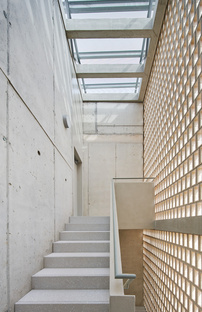 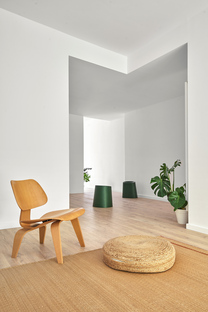 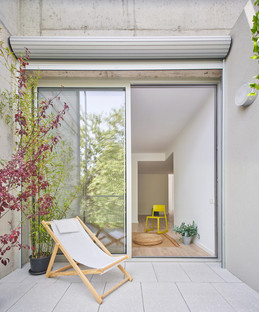 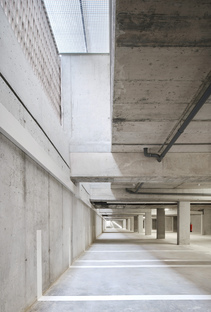