peris+toral arquitectes - Marta Peris and José Manuel Toral's Catalan-based architecture studio - has reorganised a green urban axis in Badalona where a tight budget didn't curb the creativity of the architects or the proposals for the community. 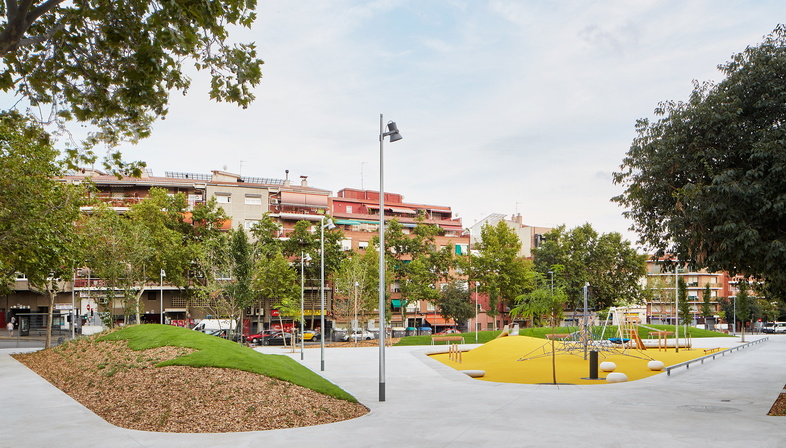 peris+toral arquitectes - Marta Peris and José Manuel Toral's Catalan-based architecture studio - has reorganised a green urban axis in Badalona where a tight budget didn't curb the creativity of the architects or the proposals for the community.


The importance of shared, possibly green spaces in cities is universally recognised. Unfortunately, not always do the needs of residents match the budget of the city administrators, unless they can deliver solutions that are attractive and...possible!
Enter the latest project by Marta Peris and José Manuel Toral's Catalan-based studio, peris+toral arquitectes known to our readers for their iconic information point in Barcelona (http://www.floornature.com/blog/information-point-barcelona-peristoralarquitectes-12042/).
The architects were asked to revamp the green area between Avinguda de Mònaco and Carrer de Verdi in Badalona, an industrial town on the Mediterranean in the greater metropolitan area of Barcelona. All on a really tight budget but with a purpose a lot more extensive than just the project itself, namely to connect the existing public spaces starting from the Besòs river.
After mapping the areas of action and identifying how these were used by the community, peris+toral arquitectes crafted a flowing, interconnecting space without architectural barriers where pathways and playgrounds invite users to actively use and explore the area. Prefabricated elements sped up realisation and contemporary street furniture completes the offer for people of all ages in a context that encourages participation and interaction, protected from the traffic by two grass and plant-covered dunes referencing the coastal environment of Badalona.
Once again, peris+toral arquitectes prove how city governments don't have to be rich to be able to implement the smart reorganisation of public urban spaces - you just need lots of creativity and know how to bring together what is already there. 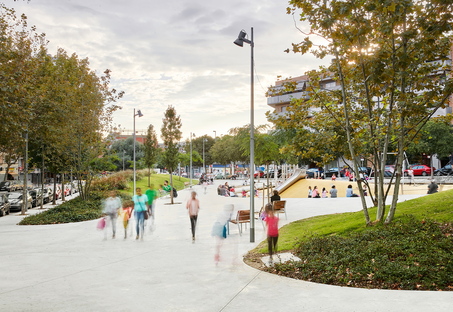 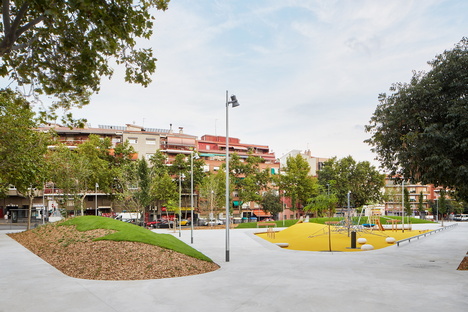 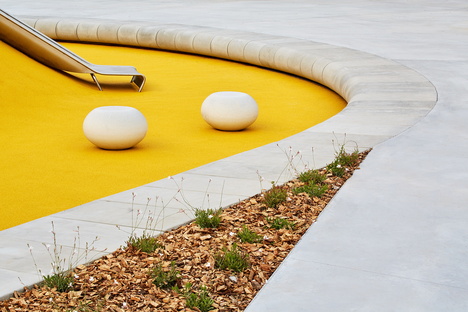 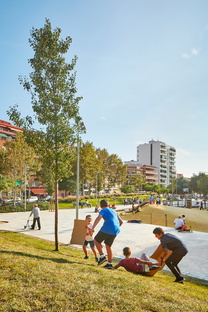 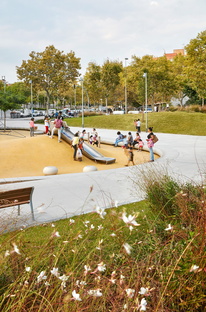 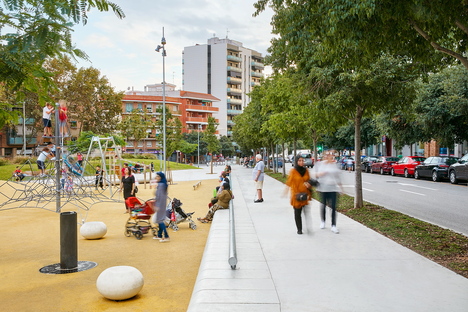 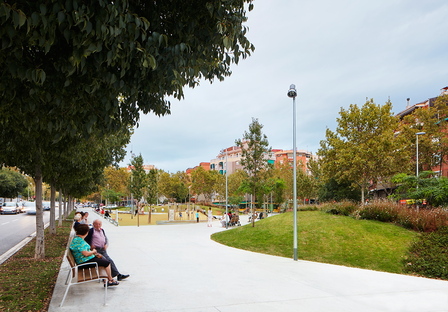 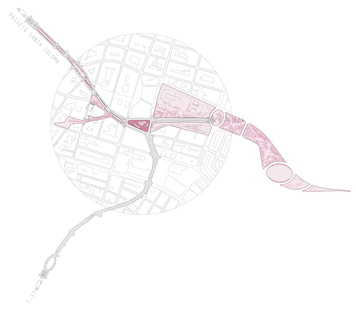 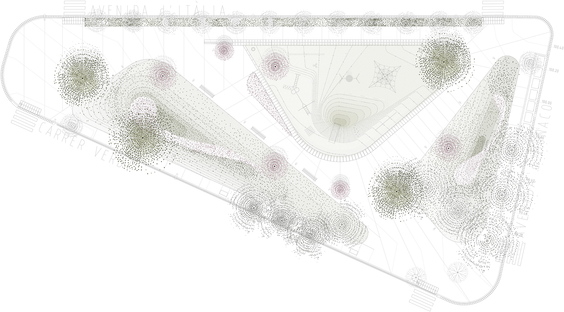