The Chinese studio TOMO DESIGN has created a new passageway for the Vanke Wonderland metro station in Hangzhou. Starting with keywords such as future, interactivity and ecosystem, the designers created a pleasant environment with a clear and efficient circulation strategy, including the signage system. 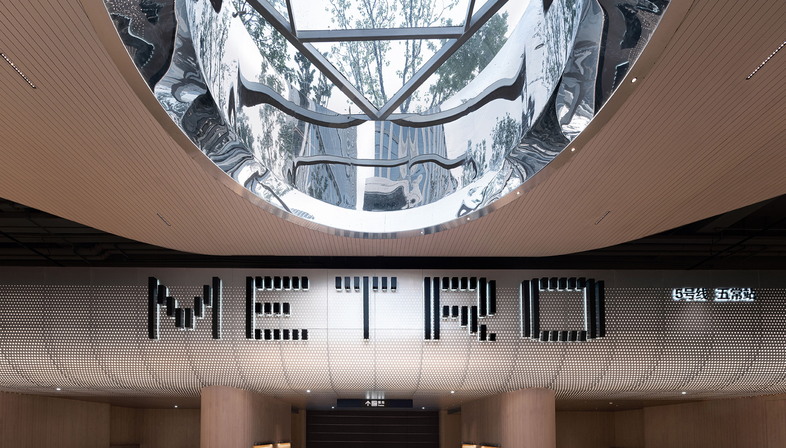 Taking the metro is a fast way to get across our cities and metropolises. But something is evolving, from a simple means of urban transport to 'transit-oriented development' (TDO) that enables open, efficient, convenient and multimodal urban transport in response to more sustainable living. An example of this new metro station concept is the latest project by TOMO Design for developer Vanke in Hangzhou, the capital of Zhejiang province with a population of over 12 million, more precisely Hangzhou Future Sci-Tech City. The latter is a complex for global technology entrepreneurship to create an international innovation ecosystem where local entrepreneurs can grow—all within the beautiful Xixi National Wetland Park.
The Wonderland project fits here as a transit-oriented development (TOD) built by Vanke Hangzhou and Hangzhou Metro Group, to further increase the offerings in this area. It was built above the Wuchang Station depot along Metro Line 5 and incorporates, in addition to residential buildings, offices and commercial, public and cultural facilities over a total area of approximately 1.34 million square metres. In practice, the Wonderland station passage serves as the entrance to the new district and, as such, must have a substantial symbolic and visual value as it presents the first touch point for visitors.
A design challenge that TOMO Design solved with innovative and highly appealing proposals, going far beyond the classic commercial passages we are used to seeing in those contexts. Because here it was a question, as the designers explain, "not only of commercial operation but also of efficient and convenient access to transport." According to them, "the space must integrate into the metro station as a part of it and, above all, it must act as a connecting point that represents the image of the Wonderland project."
Starting with three key concepts, namely "a sense of the future, interactivity and ecosystem" and aiming for a clear and efficient circulation strategy, the design team presented a new spatial mode that in 2000 square metres combines several functions, including urban underground transport, shopping mall and a specially designed, efficient and clear signage to guide the flow of users, formed by a series of unified elements. Of great importance is the choice of colours and materials. Added to this is the skilful use of natural light, which enters the underground space through a large hourglass-shaped skylight. This skylight captures light and shadow and records time like a sundial, thus creating a connection with the outside world. Right there, we find circular metal seats, a customised futuristic lighting system and an art installation, a kind of robot symbolising Wonderland. Together, these details form a scene that integrates nature, technology and the future.
As for the shopping area, this is characterised by different paving materials, which naturally separate the flow of passers-by wanting to shop from that of passengers.
TOMO's Vanke Wonderland metro station is a space that is as attractive as it is efficient, responding to new needs in a neighbourhood born from the fusion of nature with technology. A hub where spending time becomes an enjoyable experience. 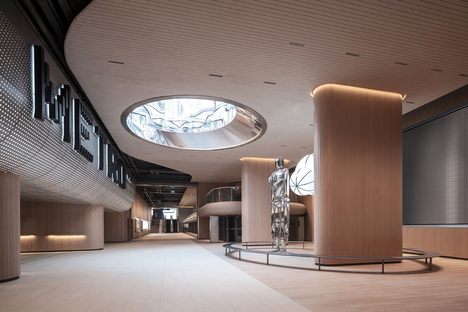 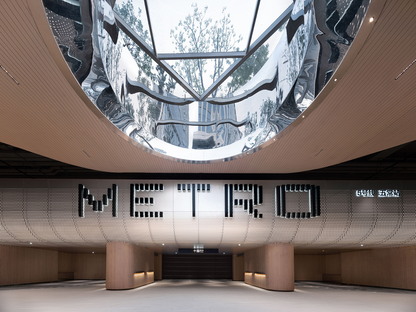 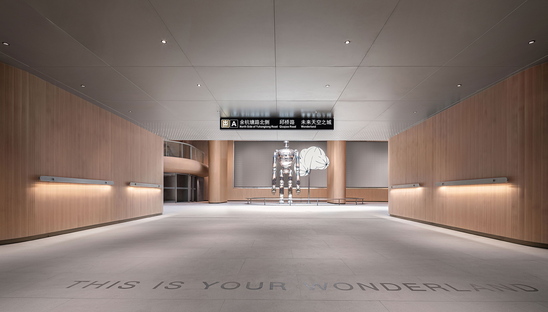 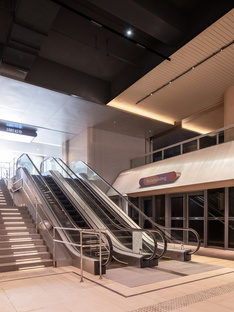 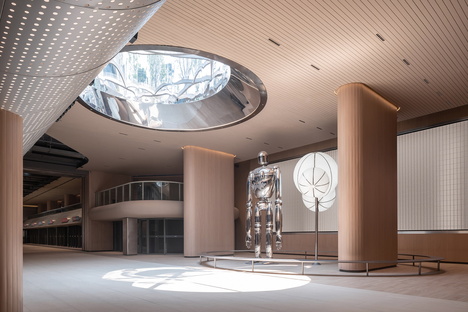 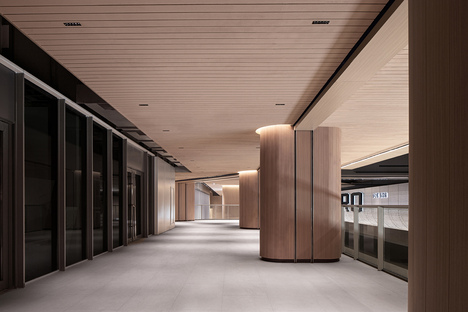 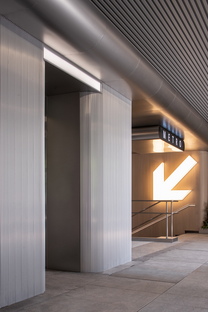 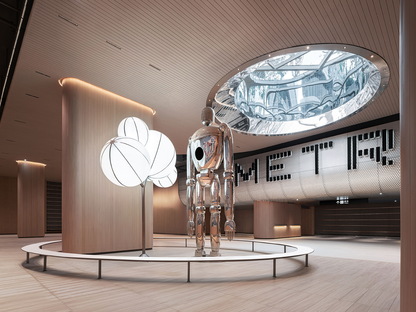 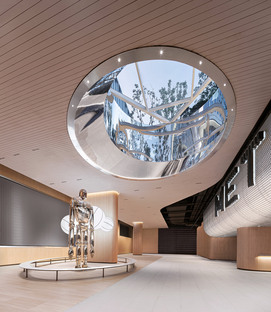 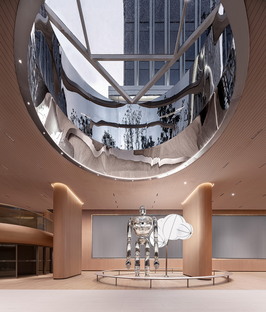 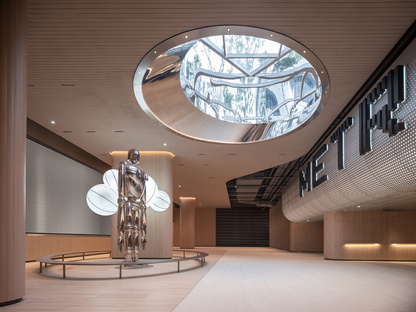