For some time now we have been seeing beautiful Chinese stores whose interior design is inspired by retro-futurism. The new X11 Toy Collection Store, a well-known toy brand, located in Xi'an in central China and designed by the TOMO Design studio, has been conceived as an airship, carrying young customers to another dimension. 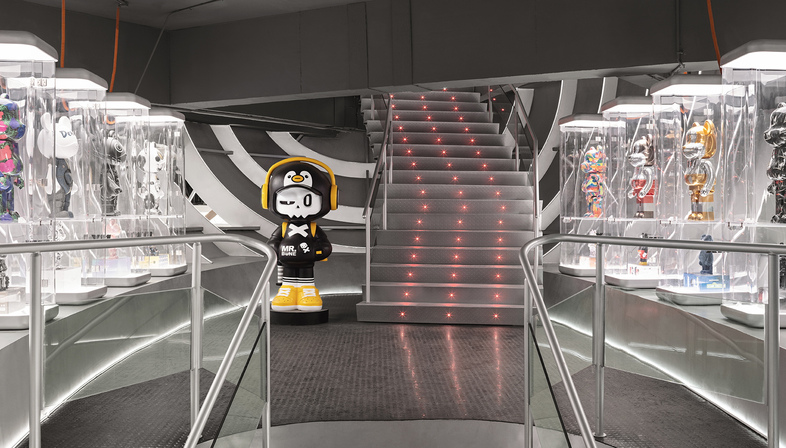 On our pages we have covered a number of interior design projects of great visual impact, carried out by Chinese architecture studios. And who wouldn’t want, at least once in their lifetime, to step into a toy store where the location itself is so captivating that it seems to be "out of this world"?
Without the help of digital tricks, designers from the TOMO Design studio have conceived a space-inspired narrative for X11 customers, which influences every element of the store covering 1000 square metres inside the Mixc World shopping centre in Xi'an, the ancient metropolis in central China.
It all starts from X11’s corporate philosophy, a representative brand for the retail sale of toys, born with the specific purpose of meeting the needs of Gen Z. As the TOMO Design team explains in a press release: "A narrative, immersive shopping experience is the key to capture the new generation of consumers. In light of this fact, X11 adopts the strategy of giving every flagship store a differentiated image, hoping to offer consumers an immersive shopping and socialising experience through exquisite spaces, display aesthetics and story-telling circulations."
For the Xi'an store the designers drew inspiration from retro-futurism, a trend that is as popular as it presents a perfect combination: the retro style takes us back to the world of childish innocence, while the sci-fi trend looks to the future. Hence the decision to build the store around the concept of an airship. A means of transport which, with the growing popularity of retrospective and futuristic steampunk culture, has found its place in the sci-fi and mechanical universe.
For the new store, TOMO has made the most of the existing space distributed on two levels, opening the internal surfaces to be able to insert the metal airship in the centre of the space, thus connecting the two floors. This solution results in a perfect sci-fi scene that creates a dialogue between past and future, as well as improving the use of the space.
In addition to the technical challenges of introducing such an object into the design, the structure becomes functional to the store’s sophisticated plant engineering systems, hiding the fire equipment and the air conditioning components. To emphasise the centripetal strength of the store and to be able to display the largest number of products, the design team proposed an elaborate spatial arrangement and efficient display solutions where users can experience an atmosphere that is completely out of the ordinary. The cashier area solution is also quite interesting, subtly located in the "cockpit" at the bottom of the airship, serving as a characteristic "magnetic point" and as a functional node of the circulation route.
Elaborate details give the surreal dimension a touch of a 70s science fiction film: from the red twinkling lighting, the retro-style meter, the mechanical button, to the screen of an old computer that reproduces the advertising of a retro-futuristic brand. TOMO Design skilfully juggles these elements, integrating novelty, exploration, creativity and imagination for a truly breathtaking result, where the dream seems to have become reality.
Certainly the X11 Toy Collection Store by TOMO Design in Xi'an is a place where not only Gen Z, but anyone who still has a spark of their "inner child" in them can spend some happy and out of the ordinary time. 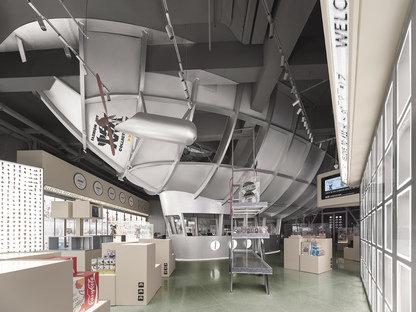 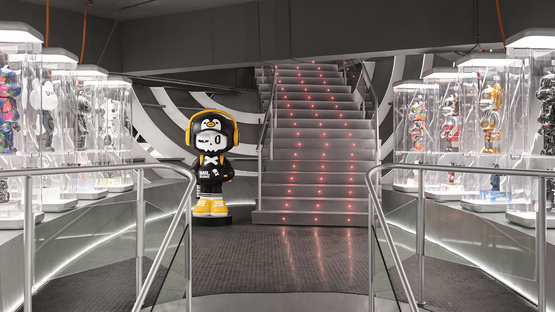 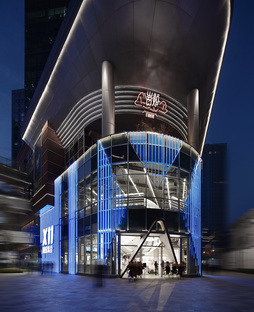 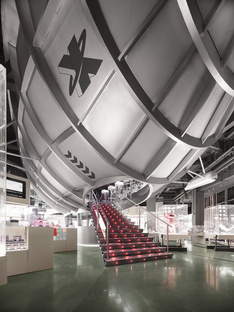 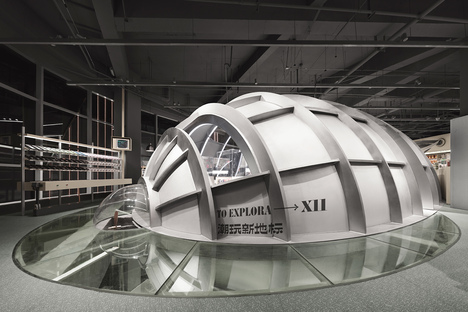 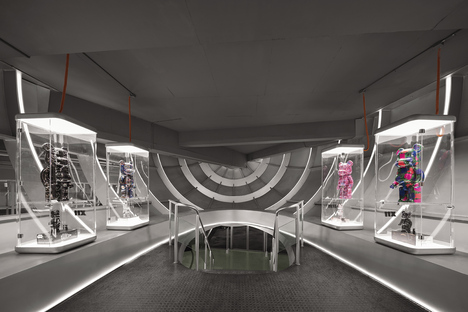 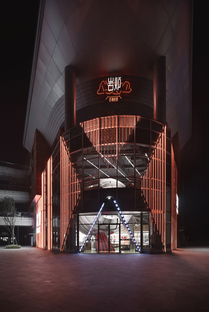 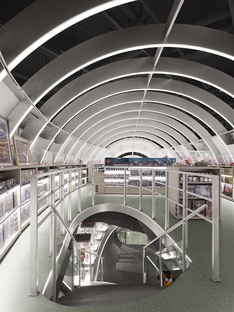 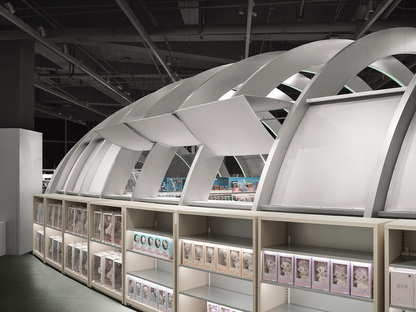 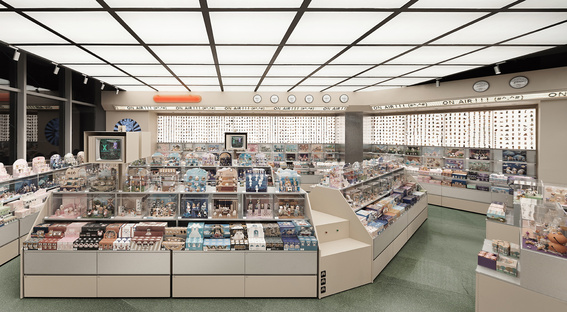 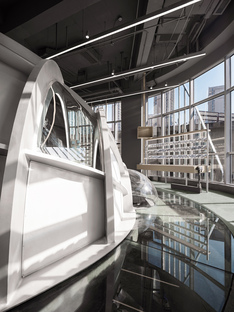 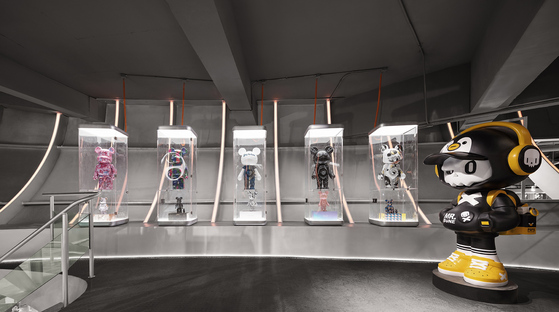 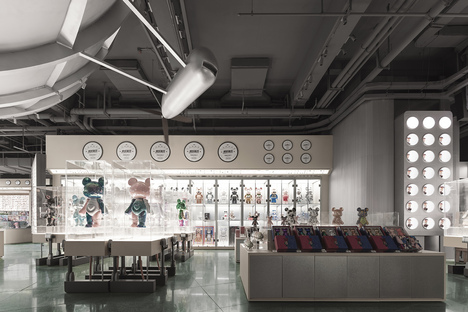 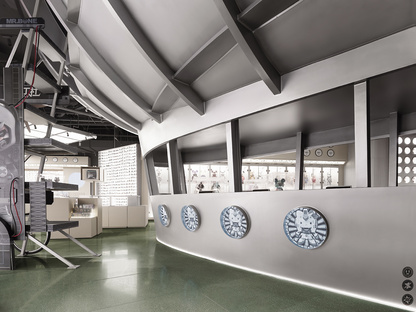