Chinese studio TOWOdesign was appointed to convert the second floor, a 15,000 square metre exhibition space, of Gaoxin Real Estate’s sales office in Xi'an, China, to underline the virtues of the passive home. The project draws inspiration from the city’s magnificent past to offer a glimpse of how we might live in the future. 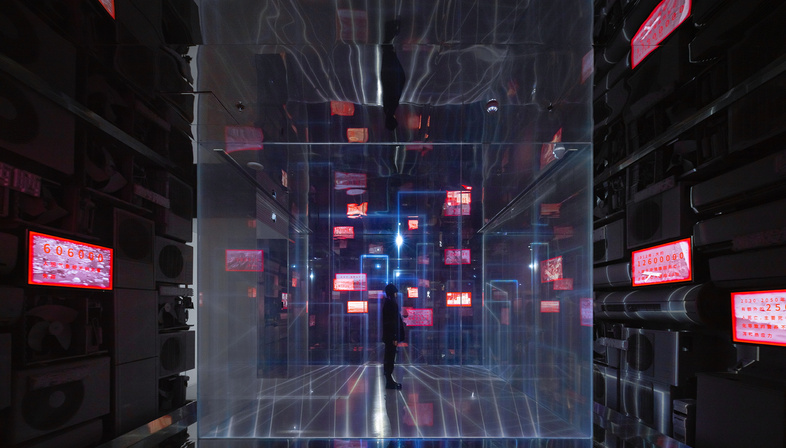 Xi'an city is the capital of Shaanxi province and the eastern terminal of the Silk Road. Often described as the cradle of Chinese civilisation, as it was the capital of 13 imperial dynasties, more than any other city, it still preserves numerous ancient structures. Xi’an is known to the general public as the home the terracotta army of Emperor Qin Shi Huang, a symbol of Chinese culture.
Terra cotta and raw earth play a major role in the city’s history, but also in its present and, most likely, in the future of the region in which it is located. For 4,000 years the people of the town have been building cave houses, referred to as yaodongs, a type of construction more than 40 million people lived in until recently. Being made of earth, a material offering excellent thermal insulation, the yaodong stays warm inside in winter and cool in summer, making it the original passive home. In short, it is a sustainable construction that can drastically reduce energy consumption, with great potential provided it can be adapted to meet today’s standards of comfort.
This is the idea behind the installation "Cave Dwelling Shall Predict the Future”, proposed by the co-founders of TOWOdesign, Mu He and Qian Zhang, for the 15,000 square metre exhibition space of developer Gaoxin Real Estate. Their intention was to offer much more than a simple space in which to become familiar with the new districts under construction and choose your new home; TOWOdesign wished to design an "experience hall” in which visitors could enter into harmony with the example of the past, the yaodong, to realise how it could be adapted and updated to produce energy-saving homes for the future in Xi'an and beyond. All this because the issue of sustainability is becoming increasingly important in China, as the concrete effects of climate change are causing massive damage to the country’s people and infrastructure.
And so the earth used to build the historic cave homes becomes the central element throughout the exhibition hall, where form, atmosphere and transformation come together while maintaining a focus on the material itself, freeing it to give form to converging, regular design concepts.
The designers have divided the pavilion into six separate areas with the precise goal of taking visitors on a conceptual and sensorial voyage, where earth is reborn as the traditional cave home evolves into its contemporary urban counterpart. Lui and Zhang call the first room in the series of spaces constituting the experience centre a "converter of emotions”, the space marking the transition from the world outside toward the inside with all the information it contains. Upon reaching the inside, visitors are welcomed by a big box with electrochromic glass walls on which a vivid, fascinating images evoking the technological wonders of our times are projected. But the true surprise comes when the screening ends and the box turns transparent, so that we can see that inside, it is filled with stacks of old home appliances, recalling the deception of glamorous living. This is where the exhibition route begins, telling a story combining targeted transmission of information with emotional experiences and moments of relaxation. All characterised by walls made of earth, in a variety of organic and geometric shapes, made using a parametric design system.
In conclusion, TOWOdesign’s "Cave Dwelling Shall Predict the Future” installation is an authentic emotional voyage, effectively demonstrating how much we can learn from the past to reduce the environmental impact of the architecture of the future. 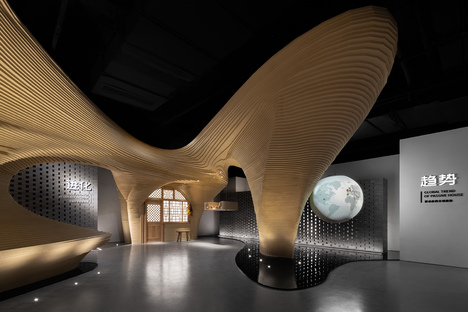 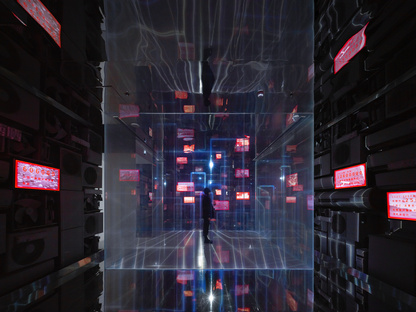 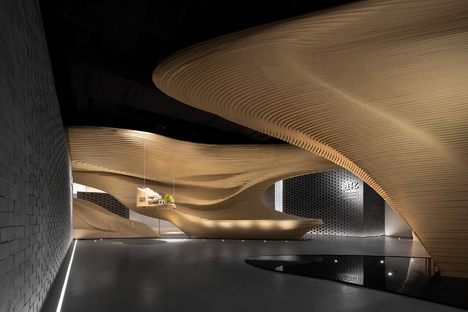 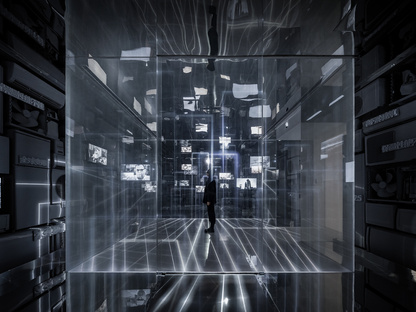 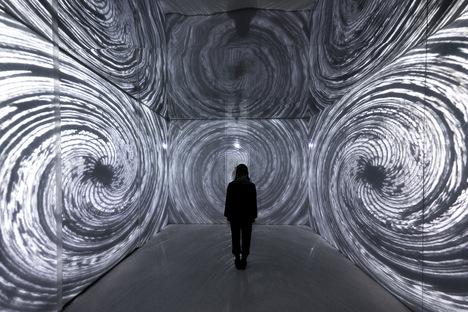 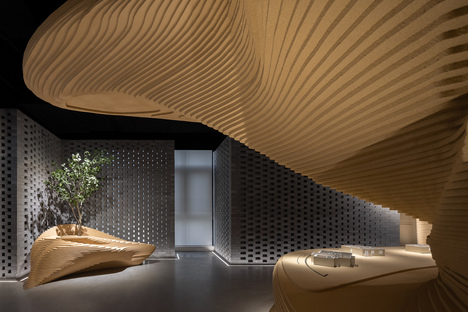 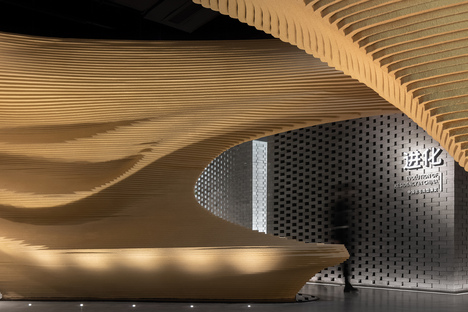 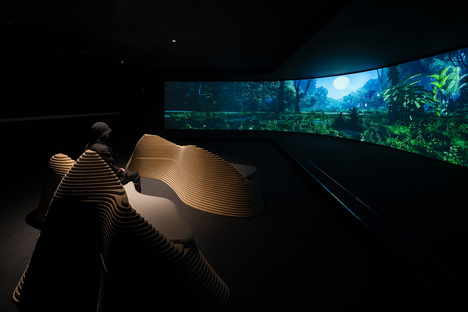 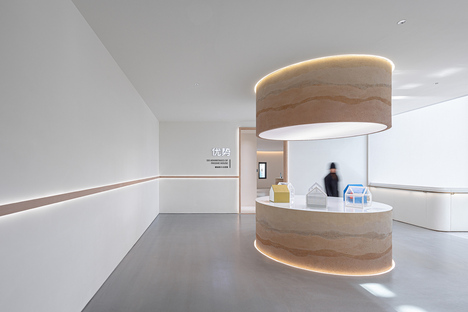 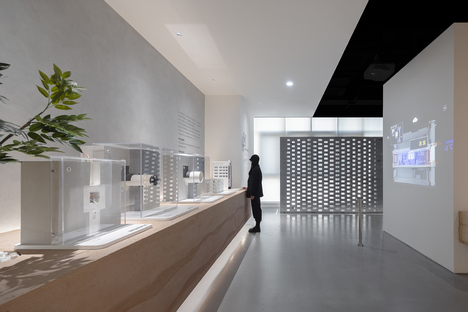 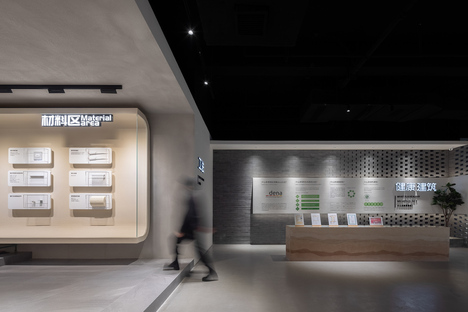