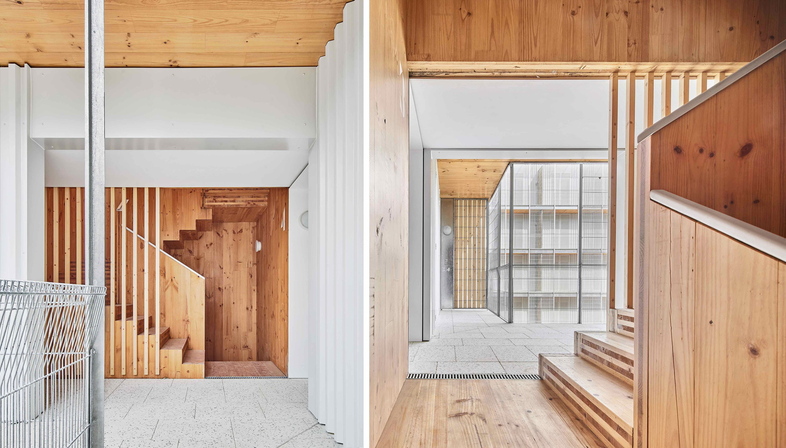 All-round sustainable construction is possible, as demonstrated by the latest new project by Peris+Toral Arquitectes. From their Barcelona base, Marta Peris and José Toral enhance their practice with research in collective public housing and urban space, with a philosophy that places the individual at the centre of action and makes the architect a social agent. The fruit of their approach may be seen in Cornellà de Llobregat, near Barcelona, on a site previously occupied by the iconic Pisa cinema, built in response to a competition for ideas held by Barcelona Metropolitan Area, AMB, promoted by the public institution IMPSOL in 2017.
The construction is an independent residential building on five levels with a timber frame supported by a concrete structure on the ground floor for containing shops and public services. The project uses communicating rooms to maximise use of the available floor space by eliminating passageways, whether private or public, and uses timber as the main building material. This permitted industrialisation of construction of the building’s frame, improving both the amount of time spent on the construction and its quality while significantly reducing emissions through use of an entirely sustainable material, timber from the forests of the Basque Country.
Peris+Toral Arquitectes’ building is organised around an inner courtyard connecting a sequence of intermediate spaces and serving as a small community plaza. Dialogue with the building’s urban surroundings is seen as very important, which is why the ground floor has a portico open to the city, anticipating the doorway of the building and acting as a filter between public space and the residents’ communal courtyard. At the four corners of the courtyard are four communication shafts leading to the upper levels, ensuring that all the inhabitants get together and meet in the courtyard plaza. On each level of the building, the entrances to the units are on private terraces arranged around the inner façade. There are also terraces on the outer walls to provide large openings, making the units permeable to fresh air and the view.
A floor plan eliminating private and shared passageways to make the most efficient use of the available space permitted creation of 114 spaces on each level, forming 18 residential units, that is, 543 spaces in the whole building, or 85 apartments, all similar in size. The rationalisation of use of space is also apparent inside the apartments: each unit is composed of five or six rooms, depending on whether it is a two- or three-bedroom unit. The open-plan kitchen is located in the central room, becoming the fulcrum of the home and acting as a node for distribution in place of hallways, while ensuring that domestic work is visible to help avoid stereotyped gender roles.
The size of the rooms not only offers flexibility based on ambiguity of use and functional indeterminacy, but permits optimal use of the timber frame, ensuring the project’s economic feasibility, a very important aspect in social housing projects.
Peris+Toral Arquitectes’ building in Cornellà de Llobregat demonstrates that economical construction does not exclude either sustainability or beauty! 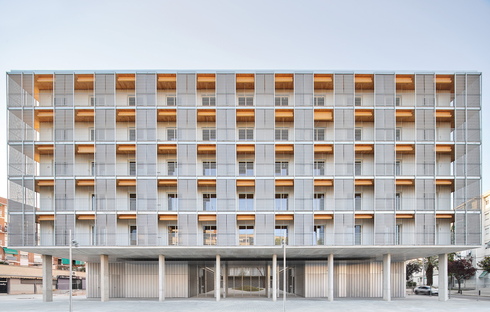 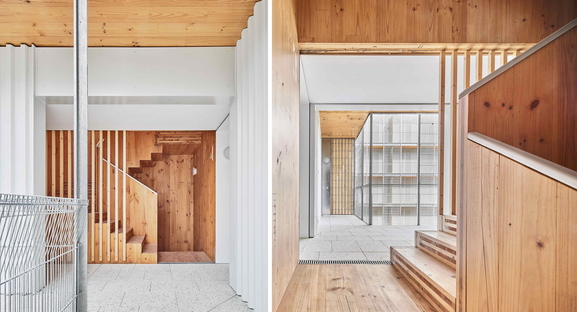 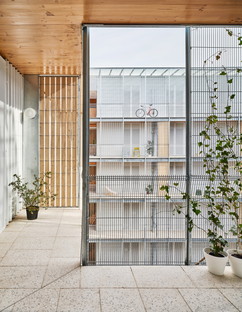 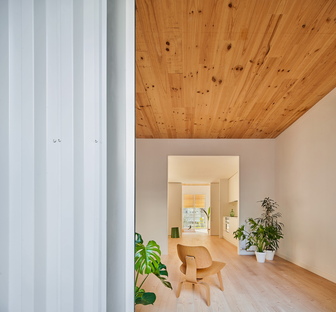 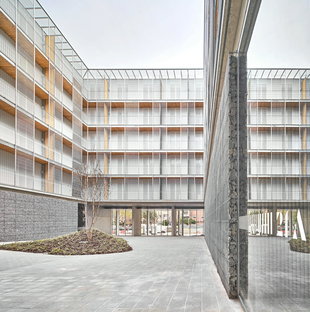 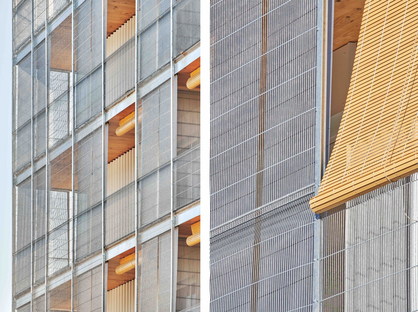 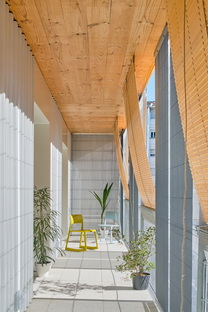 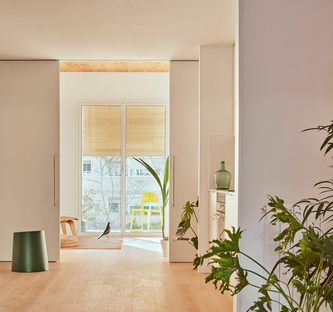 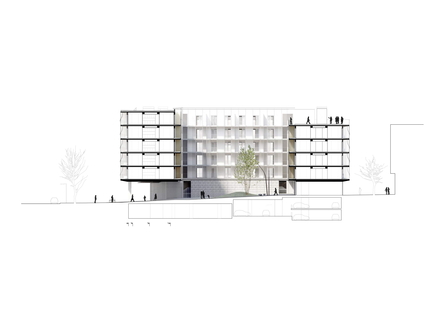