The Versilia River - The City and the Water workshop

This year's International Summer School “The City and the Water” organised by DESTeC (Department of Energy, Systems, Territory and Construction Engineering), University of Pisa, the Foundation Terre Medicee and CAV (Centro Arti Visive of Pietrasanta), has begun and is exploring the territory crossed by the Versilia river.

This year's International Summer School “The City and the Water” organised by DESTeC (Department of Energy, Systems, Territory and Construction Engineering), University of Pisa, the Foundation Terre Medicee and CAV (Centro Arti Visive of Pietrasanta), has begun and is exploring the territory crossed by the Versilia river.

We are smack in the middle of the workshop “The City and the Water”, resulting from the collaboration between DESTeC, the Municipalities of Seravezza, Forte dei Marmi and Montignioso and the contribution of the Foundation Cassa di Risparmio di Lucca. Hidden behind the title “Michelangelo and the historical land intervention”, under the scientific and artistic direction of Andre Dekker, member of Dutch artists' collective Observatorium (link), is an exploration of the Versilia river, whose presence made it possible to exploit the marble of the Apuan Alps and whose role now needs to be revalued.

On Monday 25 July we were at the UNESCO heritage-listed Grand Duke's Stables in Palazzo Mediceo, Seravezza for the opening day of the workshop. Already from the welcoming speeches of the authorities you could sense the true magnitude of this workshop for a territory crossed by the Versilia river, with which in any case it has a rather conflictual relationship.

Andre Dekker underscored the importance of seeing this not as a threat but as a new way of perceiving and living with the river in his introductory lesson to the workshop, with the provocative title: “In transition? First art then urban planning”. So, starting from the name of the collective Observatorium, he spoke about how the group has always attempted to find and to create new perspectives with regard to the landscape: “We do places from where you can observe the world around you”. An idea for the workshop, to the extent that he asked the group of international students to think of art to honour a place, of beauty and also of the moment of interaction. 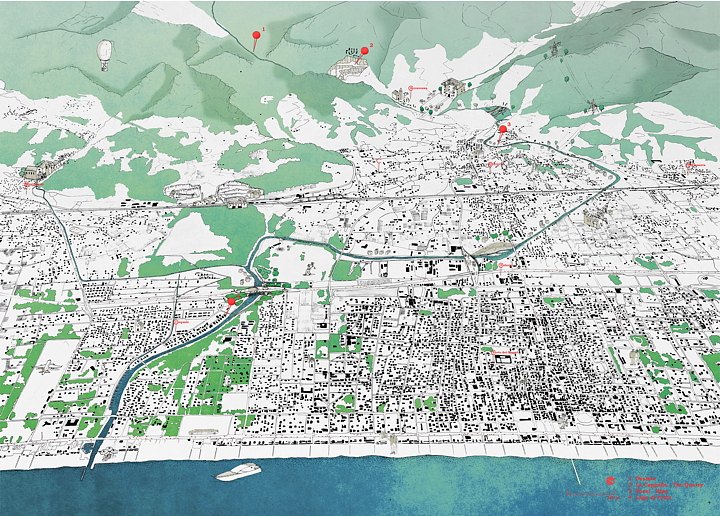 After first scouting the four areas of action you can see on the hand-drawn map by 120grammi, the students are now working on a solution to bring a smile back to the Versilia river. Which Dekker describes as “the unhappy river”. Perhaps by seeking the “wilderness” that is disappearing? Renewing our faith in the element of water?

The presentation of the concluding output will be held at 6 pm on 2 August at the Grand Duke's Stables in Palazzo Mediceo, Seravezza. We can't wait to see how the territory can once more draw inspiration from the river that it was named after. 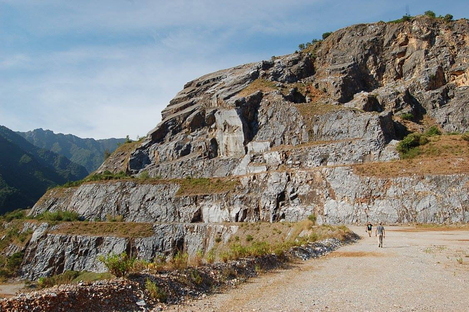