For the 4th edition of the Festival dell’Architettura di Roma (FAR), the SET Architects studio, based in the same city, has created a temporary site-specific installation located in the Ostiense district. Skyframe not only frames pieces of the sky, but activates the urban space with a strong post-industrial energy. 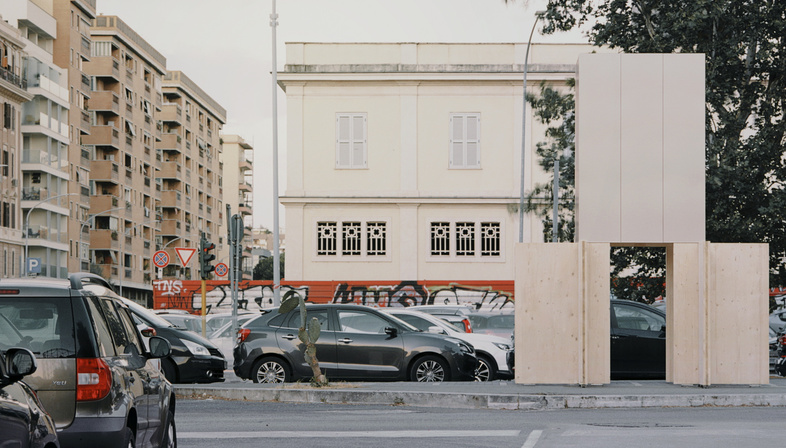 Rome’s Ostiense district is rich in industrial heritage, which has defined its character over the years. Among this legacy, the Gazometer, the largest gasometer in Europe built by the Genoa-based Ansaldo company between 1935 and 1937 on behalf of the Società Anglo-Romana per l'Illuminazione di Roma col Gaz ed altri sistemi company and which, as an important example of industrial archaeology, has become an undisputed symbol of Rome’s 10th district.
Precisely in this context in the Ostiense district, in Piazza del Gazometro, the Rome-based SET Architects studio installed its Skyframe work. A firm which our readers, of course, are quite familiar with, in particular for their Shoah Memorial in Bologna, but also for their attentive and elegant recoveries of apartments in historical contexts.
Skyframe, instead, is a temporary work, standing 5 metres tall and designed ad hoc for the 4th edition of the FAR, the Festival dell’Architettura di Roma (Rome Architecture Festival), with the aim of attracting passers-by and transforming the daily use of the square into a new individual experience of public space. As is characteristic of their style, the architects’ work is once again rich in historical references. In this case, they drew inspiration from the paintings of the "Novecento Italiano" artistic movement that depicted industrial landscapes characterised by pure volumes and elementary geometric shapes.
From a design point of view, Skyframe presents itself as an architectural object with a dual nature. The base with the XLam structure has a more natural character, due precisely to the material used, as the panels consist of layers composed of wooden slats, crossed and glued together. The upper part, instead, is iridescent and reflects the nuances of the sky and of the surrounding urban landscape, thanks to the use of a metal coating. A choice that gives the installation a special feeling, as it is perceived to be constantly changing by users, taking on reflections and shades that are always different based on the changing light and the time of the day. In addition, the double materiality together with the rational forms allows the architectural object to fade into the urban context.
The real surprise effect occurs when users enter the area delimited by the base. The access is outlined by four portals that allow a free and dynamic use of the architectural object. The internal space, with a 160 by 160 cm square plan, is opaque and mono-material, featuring XLam walls that define a telescope framing the sky.
And it is at that precise moment, within this carefully defined space, when visitors look up to admire the Rome sky, at a precise moment of the day, that the interaction which SET Architects sought to create materialises, transforming the use of the square into something intimate and absolutely personal. As the architects write in their press note, "Skyframe is configured as an interactive urban device that modifies the ordinary dynamics of use of public space, showing how architecture can offer new ways of experiencing the city." Even if it is only a temporary intervention, the potential of the square invaded by cars is manifested in the eyes of those who, protected by Skyframe, can reacquire their intimacy and urban dimension. 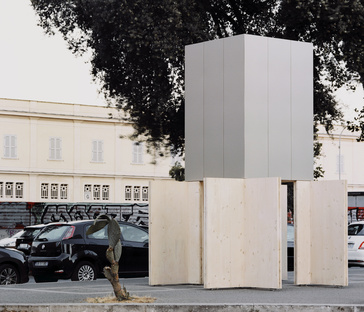 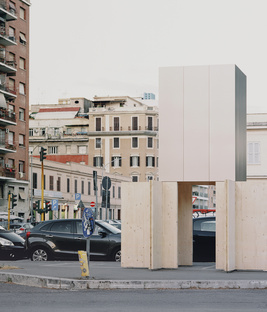 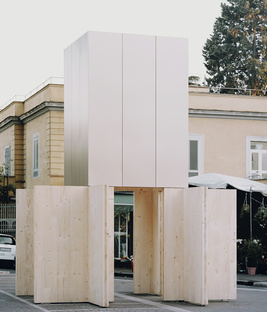 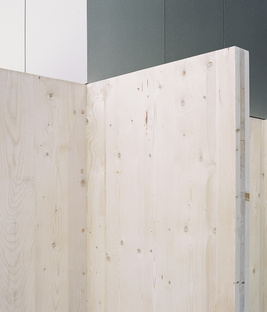 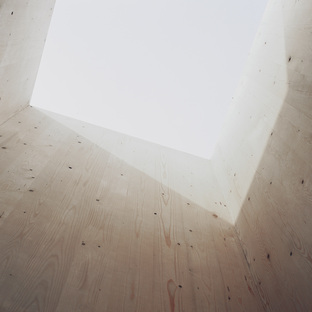 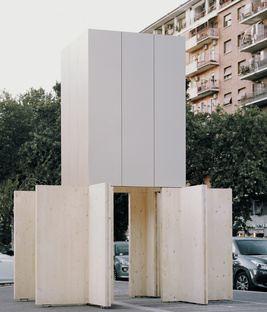 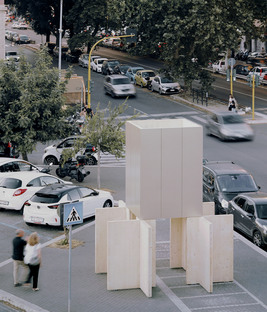 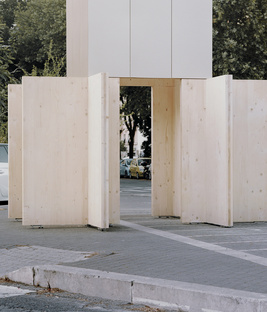 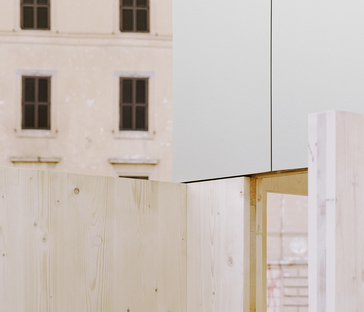 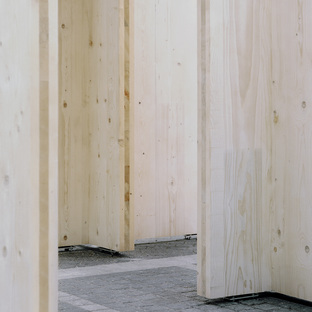 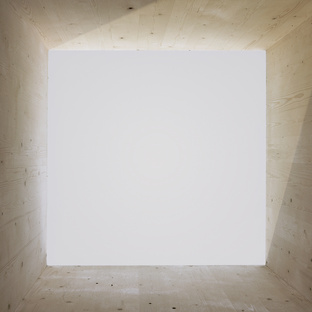