The Italian SET Architects studio has completed the renovation of a small apartment for a graphic designer in the heart of Rome’s Testaccio district. A carefully conceived project, on minimal but flexible spaces, which enhances the pre-existing elements with a new formal vocabulary. 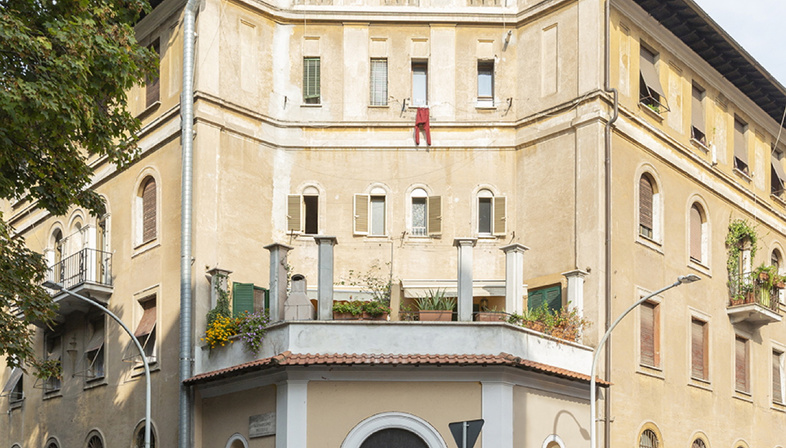 “House for a Graphic Designer” is the name of the latest project completed by the Rome-based SET Architects studio. The intervention concerns a small apartment of approximately 55 square metres located inside the IACP complex, designed by Plinio Marconi in 1929 in Rome’s historic Testaccio district. Today Testaccio – neighbourhood that in the past was slated to become the working-class neighbourhood par excellence of Roma Capitale but which remained a difficult area for many years despite the massive intervention by the State – is finally experiencing a true renaissance with growing interest from the younger segment. It is precisely in this context that a young graphic designer recently turned to SET Architects to rethink an existing apartment as a flexible and reconfigurable space, while starting with a limited budget. As the young architects explain: “Despite the small size of the apartment, the client needed a home that could allow the diversified use of the spaces, according to continuously changing needs. The project idea was to conceive the intervention around a central core, ensuring maximum freedom in configuring the spaces around it.”
In other words, a small yet functional space, in line with a world which – especially following the changes imposed by the pandemic – sees a rethinking of our homes in a more flexible key. To create the central core, the architects opened two full-height passages on the existing walls. An intervention, however simple, which completely transformed the apartments’ spatial conformation. As the architects explain: “The use of full-height pivot doors made it possible to divide the space into separate rooms but at the same time, once opened, to generate a fluid sequence of freely accessible and connected rooms.” It therefore became possible to freely configure the floor plan of the apartment, despite its small footprint.
The central core of the home thus obtained contains, on one side, an intimate alcove that accommodates the master bedroom with a window, while on the opposite blind side, a built-in wall cabinet has been created that houses the wardrobe and a technical area.
In line with their usual philosophy, in their chromatic choices SET Architects have once again focused on the use of few materials, while highlighting their natural characteristics. In particular, the “Graniglia” floor is the protagonist of the space, custom-created by specialised craftsmen on the basis of specific design indications. The red colour of the floor goes well with a natural material such as wood – for which brushed ash was chosen – used for the pivot doors. The open-concept kitchen – custom-made in stainless steel – makes quite an impression, becoming the undisputed protagonist of the living area. Thanks to its metallic appearance, rather than the hearth of the house, this low monolithic block is perceived as a pure and abstract volume.
This interesting project conceived by SET Architects is the result of careful work on minimal spaces and, as the designers affirm, of “a virtuous process of collaboration with the client, the general contractor and the specialised workers involved.” Small, beautiful and functional, and set inside a historical pre-existing building, “House for a Graphic Designer” becomes an emblem of our times, where rethinking existing spaces is becoming increasingly more important as an intrinsically sustainable gesture. 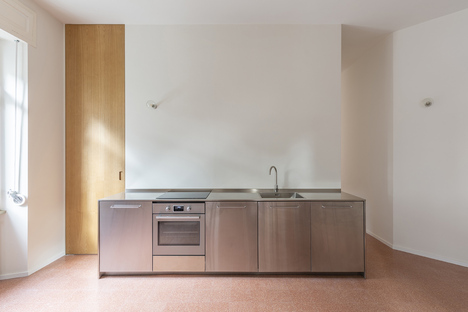 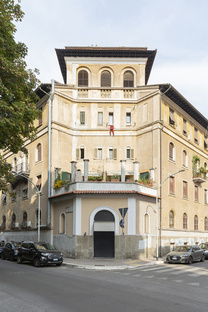 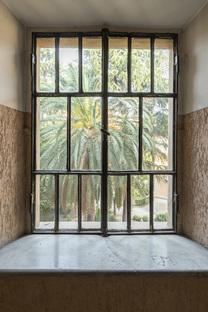 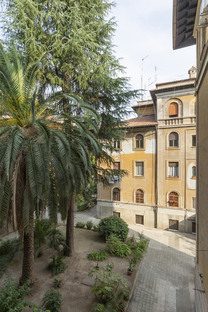 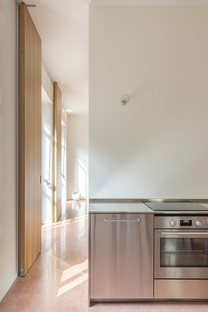 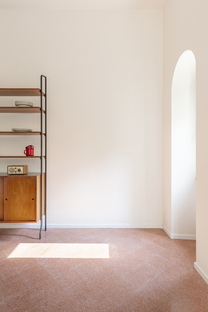 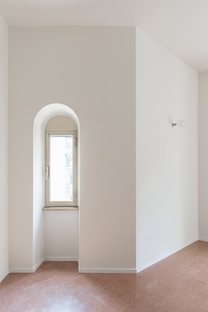 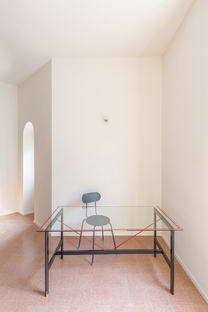 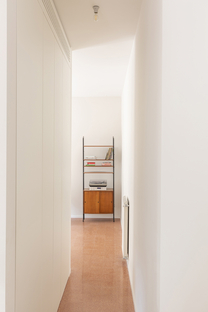 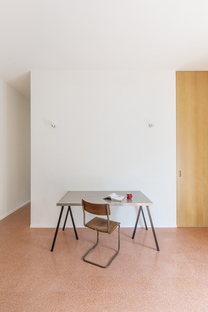 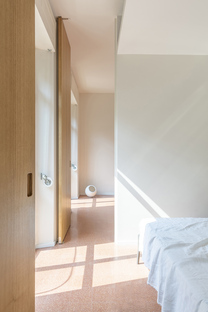 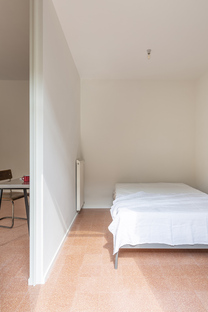