SET Architects has designed the renovation of an apartment in Rome, along Via Latina, one of the oldest roadways in the Italian capital, in the Appio-Latino district. The renovation project conceived by the Rome-based studio is set in a context of great historical importance and plays on the materiality of the surrounding architecture. 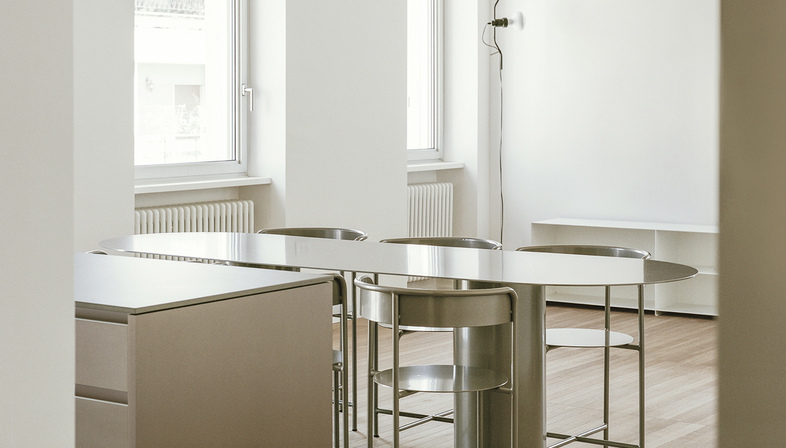 An apartment in the Appio-Latino district that offers some of the most beautiful and hidden corners of Rome, off the beaten tourist track. In this area, you can walk along the Aurelian Walls from Piazzale Appio to Porta Metronia, embracing the traditional market in Via Sannio, and reaching Via Appia Antica. Along the ancient road axis we find some of the most fascinating monuments of ancient Rome, such as the Church of Domine Quo Vadis, the Tomb of Caecilia Metella, the Circus of Maxentius and the Basilica of St. Sebastian.
As the architects of the Rome-based SET Architects studio tell us, the Appio-Latino neighbourhood, where inhabitants from different cultures and social classes live together, is lively and dynamic. Obviously, with so much history, the urban layout of the area presents a complex articulation with a stratigraphy of different periods and styles: from elements dating back to the Roman era, to the early 20th century villas, to the spontaneous dwellings of the Borghetto Latino built in the 1930s.
This is precisely the context for SET Architects' latest project, the renovation of a top floor apartment located in an early 20th century building, for a young couple with a child. As per their usual modus operandi, Onorato di Manno and Andrea Tanci have based their project on a careful analysis not only of the space, with its many accumulated additions over time, but also of the neighbourhood itself, from which they have drawn inspiration. As the architects explain in a press note, their reflections have translated "into a project in which the space is laid bare and enters into a relationship with the light of the city, thought as a common thread between past and present."

For their design approach, they opted for an essential style, emphasising the materials chosen that become the silent protagonists of the apartment: wood, metal and rough plasters. A carefully thought-out choice, as materiality plays a key role in the home. Because it is these very materials that offer "the inhabitants of the apartment a tactile experience with the environment and give a sense of serenity deriving from the warmth of natural materials."
For the floor, a natural oak parquet with parallel laying pattern was therefore chosen, which creates a geometric order in contrast with the naturalness and imperfections of the wood. The walls on the other hand are neutral, white in contrast to the materiality of the ceiling which, having been treated with a grey natural lime-based finish, creates a chromatic link with the exposed concrete beam.
A renovation project of this type, however, requires a touch of almost imperceptible extravagance: in this case the original metal furnishings specifically designed for the apartment, to give the recovered spaces an elegant and contemporary air, yet without ever forgetting Rome's ancient history. As the architects explain in reference to their design: "The choice of metal is symbolic as well as aesthetic, and can be read as a desire to rethink in a contemporary key, a material widely used in Roman times for the production of everyday objects. Even the geometries, archetypal and universal such as the circle, follow this narrative, proposing the renovated Via Latina apartment as a timeless domestic space, in direct continuity with the morphology of the building and the historical events of its neighbourhood. 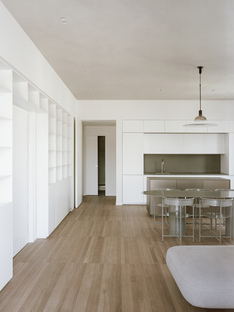 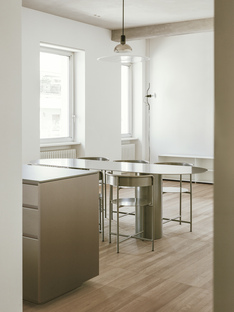 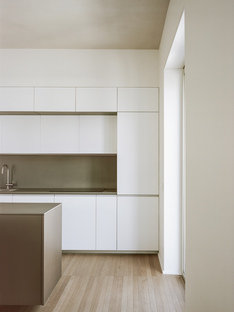 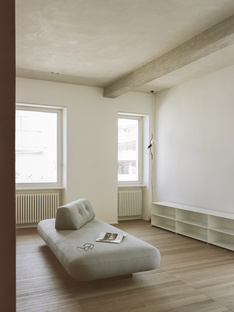 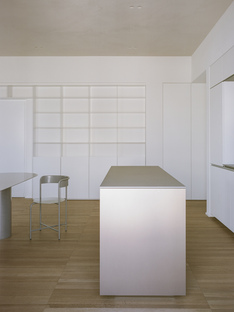 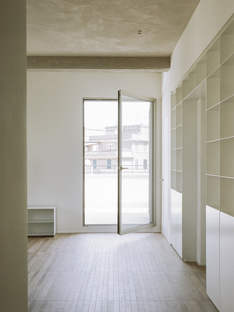 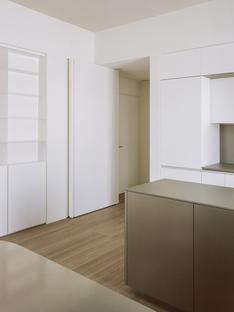 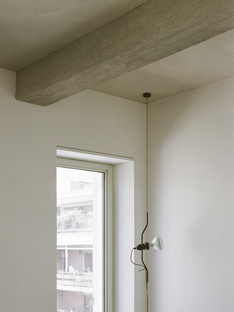 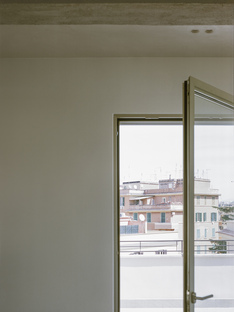 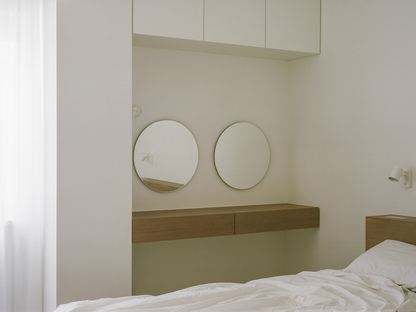 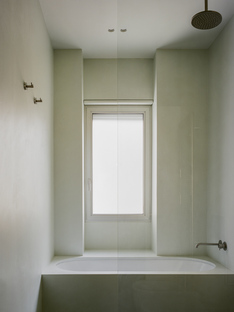 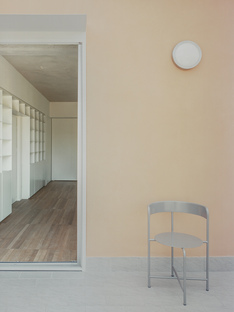 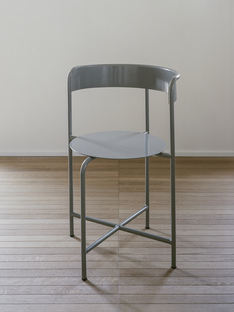 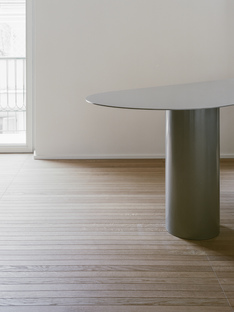