The architects of the ARQUID studio have completed the renovation of an old bazaar in Madrid. The pre-existing structure was reborn as La Más Rica restaurant, offering a fusion between the maritime culture of Galicia with the more industrial style that frames the history of the Chamberí neighbourhood, where the building is located. 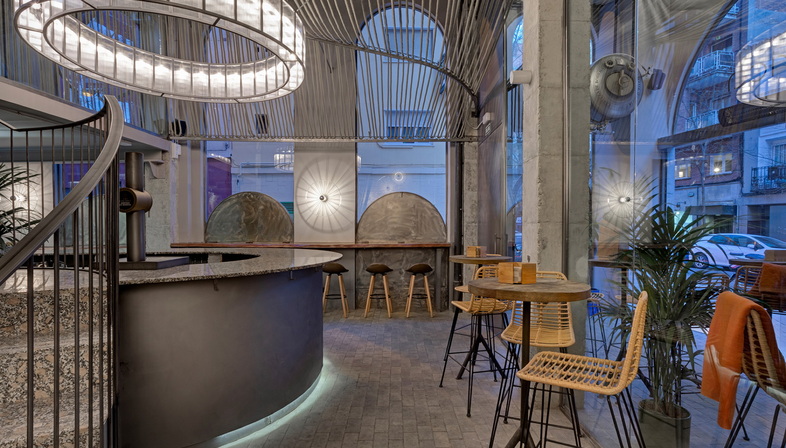 The recovery of pre-existing architecture is one of the major themes that we like to explore on our blog. Often it is precisely projects involving venues, restaurants, bars and clubs that set the trends, thanks to the creative use of abandoned industrial spaces within the context of the contemporary economic and social transition.
In Madrid, we find one of the latest examples of such a recovery and reuse project completed by the international ARQUID studio based in the Spanish capital, for a family of Galicians driven by the desire to bring the best of their land to the centre of Madrid. The La Más Rica restaurant is a fusion between Galicia and Madrid, reflected gastronomically in the restaurant's menu and architecturally through the careful nautical and industrial aesthetics, evoking the most representative culture of the Galician coast and of Chamberí's industrial past. All this, by transforming "what seemed like a small dark shop into a beacon of light that brings together the residents of the area", as we read in the architects' press release.
But let's take a closer look at the various interventions and solutions proposed by ARQUID for „La Más Rica“, which started with a large research exercise of the premises and their history. A space of approximately 140 m2, which has seen multiple uses in its past: from dry cleaning to a Chinese restaurant, a grocery store and a bazaar, to finally become the restaurant it is today.
The big surprise was the double height of the space, hidden for years behind a false ceiling. Thus, making the best possible use of this height became key to transforming the initially small, dark and limited space into a spacious and bright place. The architects' answer was to create a mezzanine that has been emphasised along with some large windows on the façade, making it possible to contemplate the entire interior, while offering diners natural lighting, an important design element, and a visual dialogue with the space outside.
Connecting to the urban context is, in fact, one of the key elements characterising ARQUID's project, incorporated through a multitude of gestures: from the metal entrance doors, which open completely to connect the covered terrace with the public space, to details such as the similarity between the aesthetics of the restaurant floor and the external paving, transforming the street into an extension of the bar and vice versa. To further emphasise this concept of unification between interior and exterior and to ensure that the space was connected to one of Madrid's most cosmopolitan areas, ARQUID proposed some semicircular steel openings that protrude from the characteristic large windows, transforming them into tables that face the exterior.
La Más Rica presents itself as a study of lights, materials and spaces. The methodical and detailed design of each element, which leaves nothing to chance, is the result of the close collaboration with the designer and interior designer Olga Quintana. The interventions in the restaurant's spaces stand out for their respect for the original structure. As the architects explain, "during the creation process, it was decided to keep the pillars and slabs visible, using simple materials such as concrete for the finishes, leaving the bowels of the space visible."
ARQUID's designers continue: "The main objective of this project was to create an open space and a "mutant" place that evolves and adapts to different situations". For this, lighting – both natural and artificial – plays a fundamental role, marking the tempo of the restaurant from sunrise to sunset. "
Looking at the photos of the La Más Rica restaurant, it becomes clear that the transformation from a small bazaar to a new bar-restaurant located in one of the trendiest neighbourhoods in the centre of Madrid has certainly been a real success! 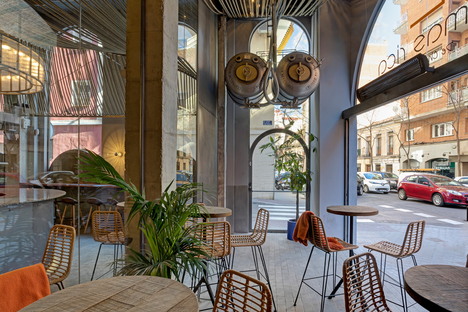 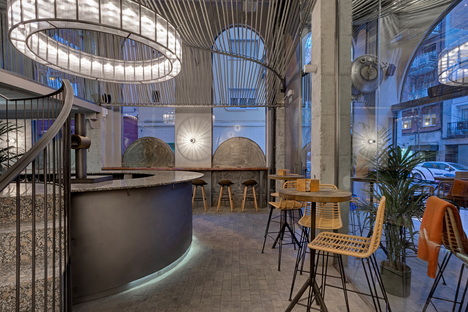 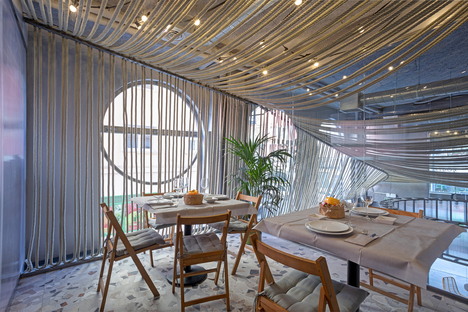 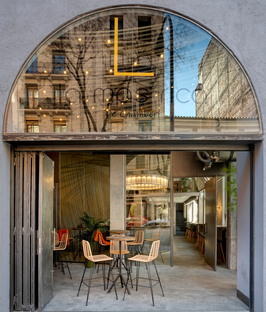 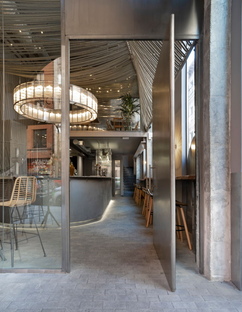 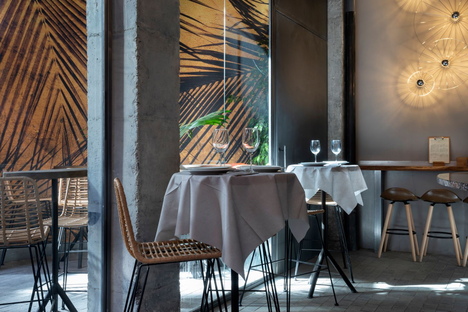 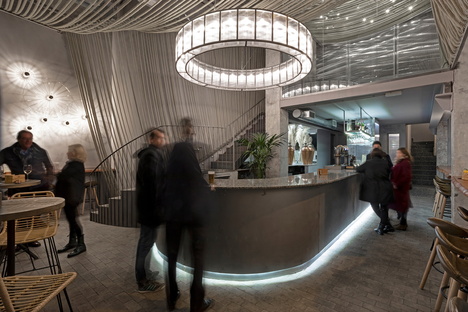 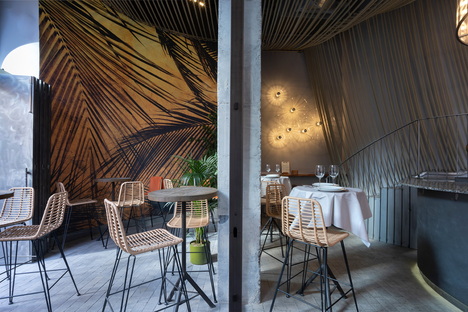 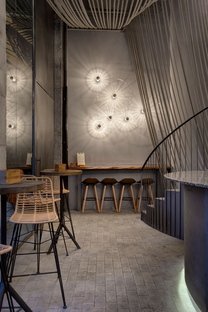 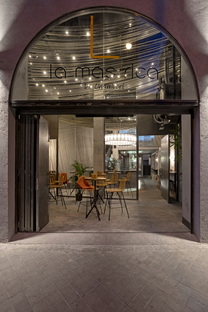 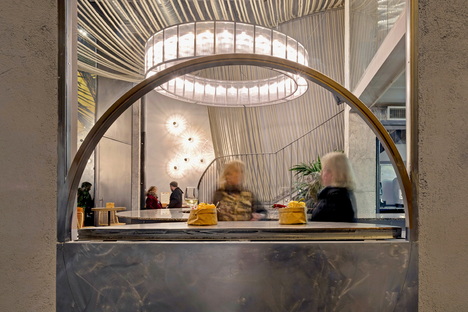 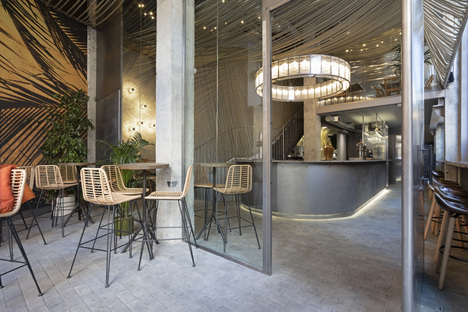