The LuzInterruptus group’s Life Lingers On Blank Pages is a light installation of great visual and emotional impact created for LuzMadrid, Madrid’s International Light Festival. Light, wind and rain were the key ingredients for an artistic interpretation of the theme of freedom of speech. 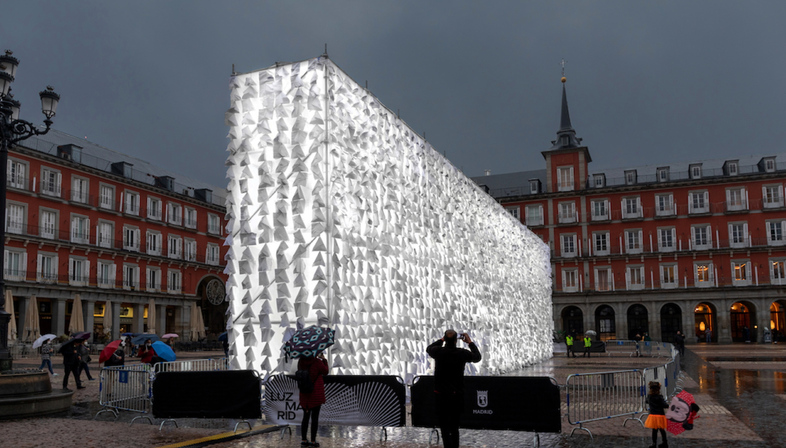 Luzinterruptus is a group of anonymous artists who create urban projects in public spaces. We have been covering their projects using light as their raw material and dark as their canvas for many years now. The team’s members come from a variety of different disciplines but all share the same intention of lighting things up, in the broadest possible sense.
Their latest major work was created for LuzMadrid, Madrid’s International Light Festival, held for the first time last October as part of a network of prestigious Light Festivals held in cities all over the European Union. We can still enjoy “Life Lingers on Blank Pages” months after the end of the festival and the dismantling of the installation in Plaza Mayor, thanks to photographs conveying the project’s poetic impact.
The project aimed to give a voice to people no-one seems to hear, including the many seniors shut up in rest homes and clinics. To give form to this sort of “Wailing Wall” in one of Madrid’s most emblematic locations, the artists erected a giant wall with a frame measuring 30 x 10 m in height and 1 m in depth. The frame was then covered with more than 4,000 notebooks made of recycled paper, meticulously arranged to create an enormous uninterrupted surface on several layers.
“We wanted to create a gigantic white surface for freedom of speech, a collage of anonymous intimate interventions stirred by the wind which offered viewers a myriad of random compositions stemming from collective contributions,” say the members of LuzInterruptus. The artists collected testimony by distributing more than 2,000 notebooks in the city’s seniors’ centres so that people could write down their hopes, fears and reflections during the lockdown of the last two years.
These precious memories were collected during writing sessions that offered seniors an occasion to get together. The work was assisted by therapists, instructors, technicians and directors to permit the participation of people with disabilities and their caregivers, so as to be as inclusive as possible and give a voice to people who normally go unheard. According to the artists: “They told us their stories with uncanny detail and others drew as well, in some cases showing great talent. With their letters, poems, accounts, words, images and scribbles, a large panel of lighted memory was erected.”

The final step in the work was exhibition of the notebooks on the wall, during which visitors were invited to contribute their own thoughts, filling in the empty spaces. Rain on the three days of the festival eliminated the sound effect of the wind rustling the pages of the notebooks, but gave the installation a more sculptural appearance. And despite the rain, festival visitors continued to interact with the installation, filling in the empty pages as the artists hoped they would.
“Life Lingers on Blank Pages” offers yet another demonstration of the great talent of LuzInterruptus for poetically casting light on social issues that are not normally perceived, so that art becomes a catalyst for change. 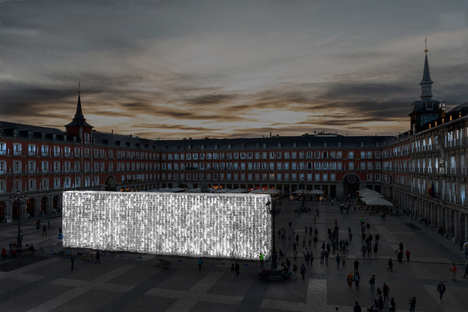 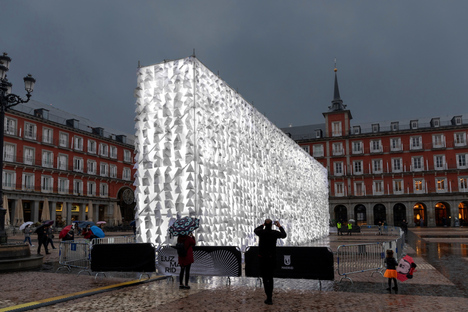 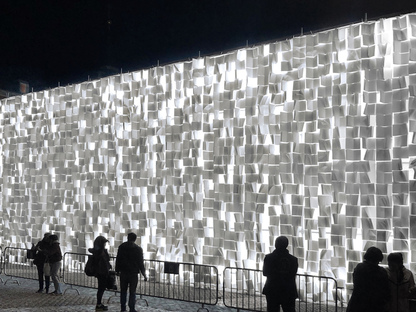 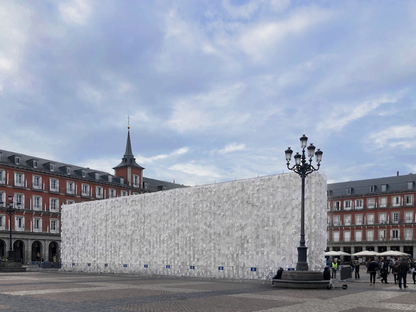 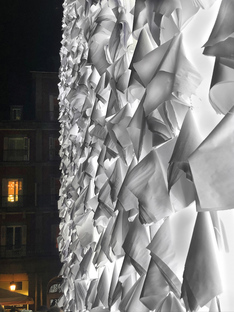 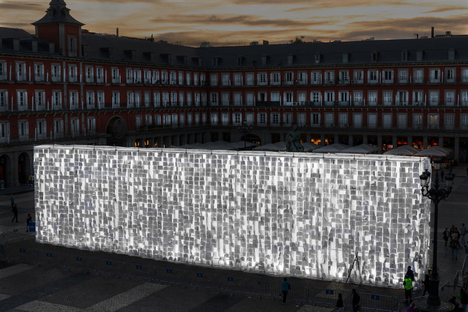 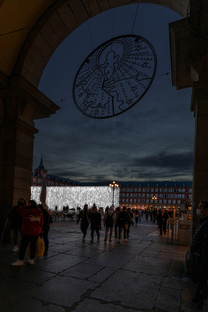 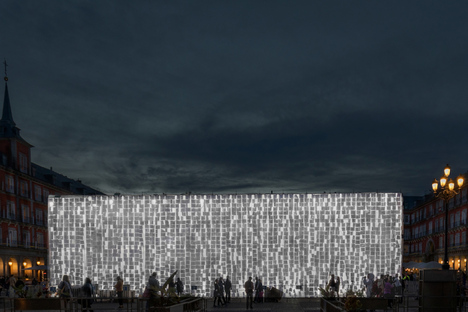 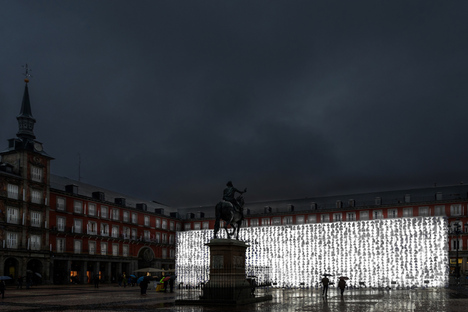 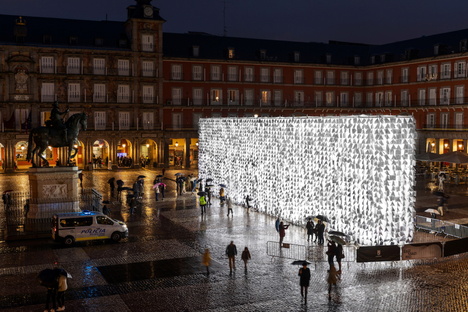 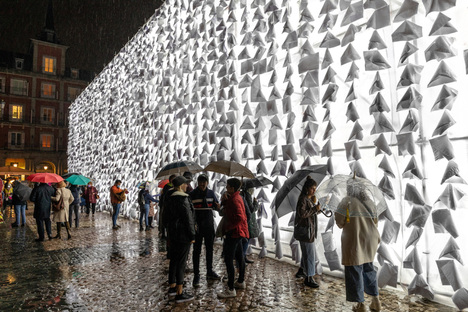