The LuzInterruptus art collective created an intervention during the Jelsa Art Biennial, a contemporary art festival on the island of Hvar in Croatia. The Plastic We Live With fits into an abandoned building and shows the omnipresence of plastic in our lives with a great visual impact. 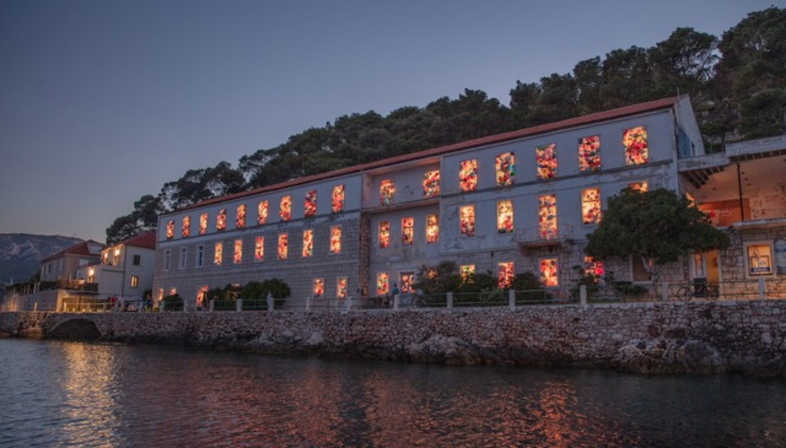 We have been living with plastic for many years, and cannot easily get by without it. We are aware of the environmental impact, from the large “garbage patch areas” in the oceans, to the bags we find on our walks in the woods. It is a practical material, but one that is harmful to the environment and to our own health
. This is a theme that the LuzInterruptus art collective has been tackling for some time, and they have now presented it again this summer as part of the Jelsa Art Biennial, a festival of contemporary art on the island of Hvar in Croatia. The Plastic We Live With was created in an abandoned building that was part of the Hotel Jadran tourist resort, overlooking the marina on the shore of the Adriatic Sea. As happened in Bordeaux in 2018, the members of the collective intervened on the more than 40 windows of the structure to create the work. They explain why they have somehow recycled one of their ideas: “We thought it fit to do it again, because it represents, in a graphic understandable way, the plastic surplus infesting our environment. This theme is quite recurrent in our work. It is a reflection of life, since everything we consume is practically made of plastic - either wrapped in it, or in our food transformed into minuscule particles.” In the context of Hvar there is also a project to build a plastic recycling plant on the island, although its progress is, however, being hindered by bureaucracy.
In order to create this work, the organisers of the Biennial invited local residents to come and exchange their disposable plastic bags for fabric bags made especially for this event. Thus, 4,000 bags were collected, which in turn were filled with transparent plastic packaging materials, gathered by volunteers from local companies and shops. At the end, the artists completely covered the windows and doors of the abandoned structure to create the illusion that the building was full of plastic.
The Plastic We Live With was open to visitors during August, coinciding with the duration of the Jelsa Art Biennial. True to the modus operandi of LuzInterruptus, “we use light as the raw material and the night as our canvas”; the installation has two facets, transforming itself at night into a light show as the bags are illuminated with lights inside the building. The abandoned building became a landmark in the night, with the plastic bags featuring the logos of the most popular companies in the area creating a lantern effect with tremendous visual impact, as we can see in this video: <iframe title="vimeo-player" src="https://player.vimeo.com/video/599142939?h=97aee2a6b9" width="640" height="360" frameborder="0" allowfullscreen></iframe>.
Of course, as is customary, after the exhibition the plastic was meticulously recycled and the building returned to its usual appearance. The artists and organisers of the biennial hope that the installation will contribute to the opening of the recycling plant so that it can help maintain the island's nature reserves free of plastic. 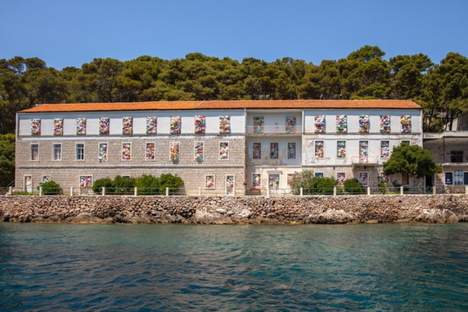 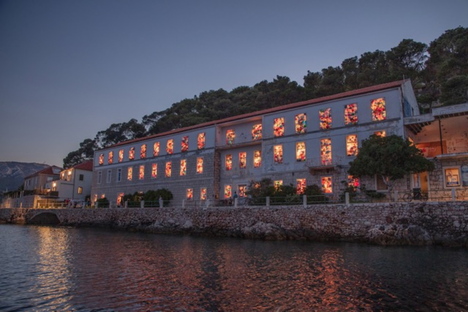 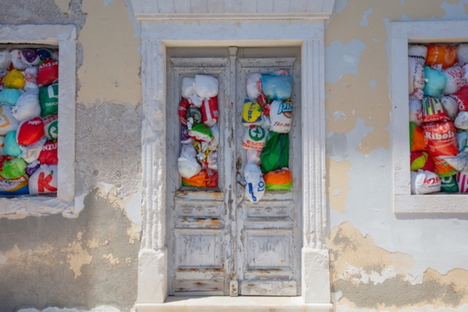 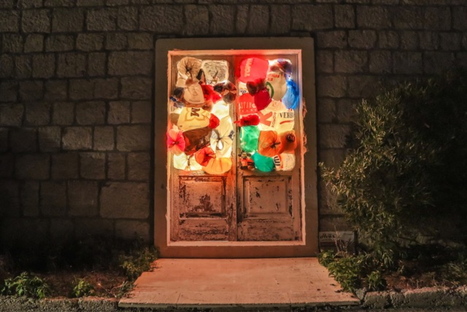 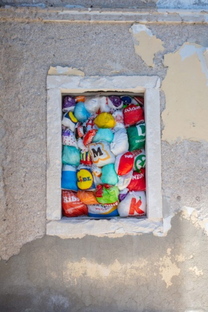 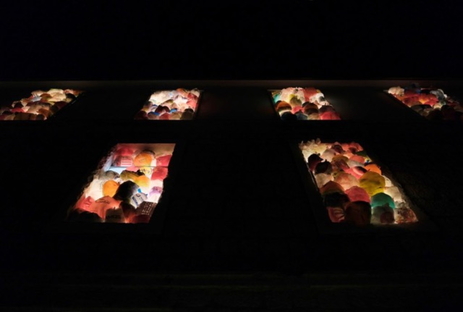 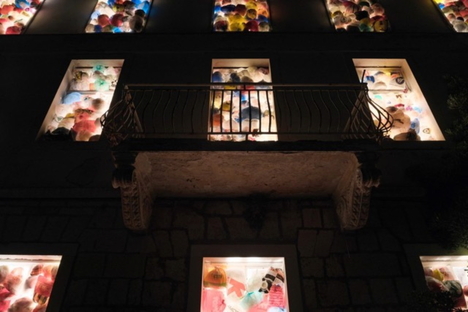 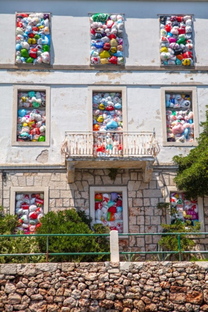