The LuzInterruptus Spanish art collective has created an installation at the Spanish Cervantes cultural institute in Frankfurt (Germany), with nature at the centre. The combination of light, unbreakable stone paper and a real tree transforms the course of nature into a carefully conceived spectacle. 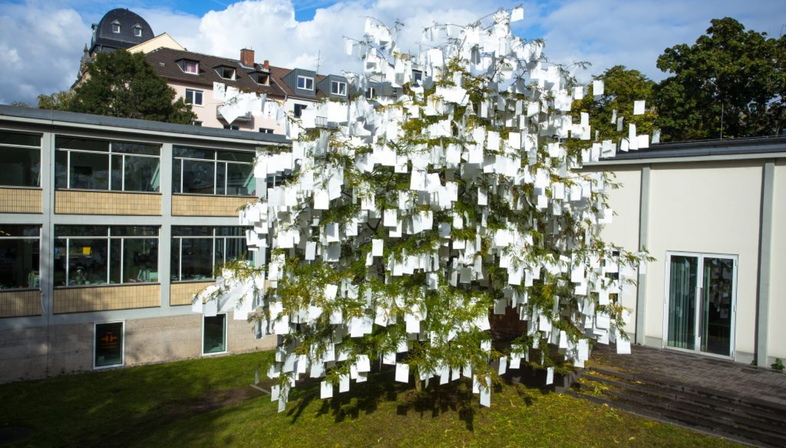 We are living in a historical period where appearance seems to prevail over essence. And so it is no coincidence that we often find ourselves talking about the "gamification" of our world, where everything must be a spectacle, where strong emotions are sought to move the soul.
In such a context, a natural spectacle like autumn, which with it brings vivid shades and a slow transformation of the trees, from the coloured foliage to the bare branches, in themselves elements of great beauty, loses that primordial force that makes us reflect on natural rhythms. It is precisely these ideas that inspired artists from LuzInterruptus, the Spanish art collective, to create their latest intervention found in the garden of the Spanish Cervantes cultural institute. As the artists explain, "The piece Hojas por Hojas (a play on words in Spanish) talks about the way in which we are manipulating nature to turn it into a stage quite creatively designed with technology in order to satisfy the taste of an increasingly infantilised consumer." In a way, it is like we have lost awareness of the changing seasons because we are used to seeing nature "as if it were a theme park, nature is presented to us as a carefully produced spectacle for which we pay a ticket to enjoy it comfortably, without any adverse conditions or seasonal changes."
Autumn is the ideal time for an intervention such as this one because with the new season, nature transforms itself and loses its beauty, at the same time as the trees lose their leaves. The artists have thus used the already bare branches of a large tree and two smaller ones found in the garden of the Cervantes Institute to cover them with thinly illuminated sheets of white paper ("hojas" in Spanish) attached with clamps.
This gesture has given the trees a ghostly appearance that can almost be described as unsettling. As they lose their natural and calming green appearance, the trees thus become a pixelated version of themselves. As the autumn season advances, the leaves fall and the illuminated paper becomes predominant, transforming the trees from something organic and alive, into something else. As the artists explain: "At this point, we will have achieved a visual spectacle worthy of a modern theme park where everything that cannot be controlled or is deciduous is replaced with elements that have been produced and validated to the standards of the consumer society where we have to live."
But nothing is eternal and therefore in the end, even the light will go out and the material – in other words the paper – will also wear out. With the growing obsolescence of the installation, the question that increasingly presents itself is whether in this case art imitates life or if life ends up imitating art? However, one thing is certain: the unquestionable "visual impact" of the LuzInterruptus art collective’s "Hojas por Hojas", whose duration is dictated by the falling of the leaves and the resistance of the materials used to create the installation. The artists estimate that the more than 4,000 white sheets of unbreakable stone paper used could last until the end of February. For now, let's enjoy the spectacle, in the best tradition of gamification of our times. 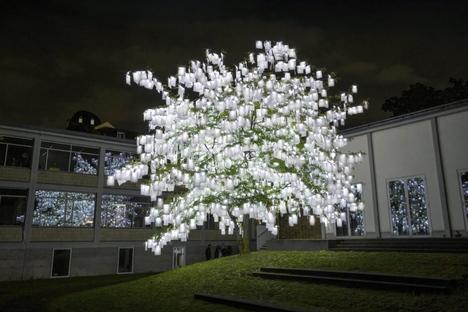 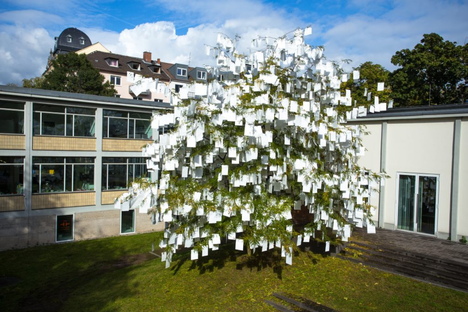 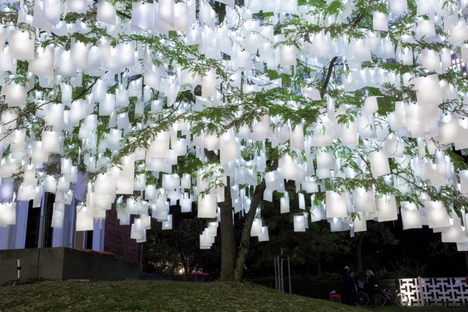 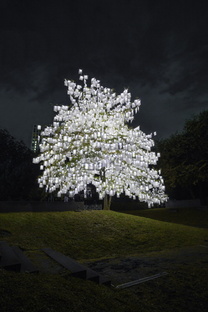 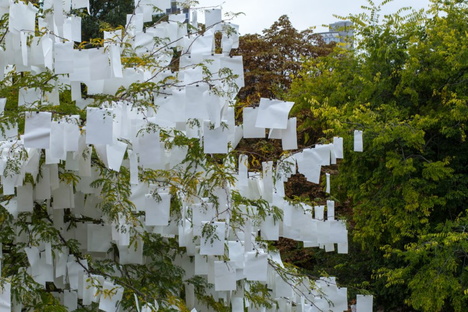 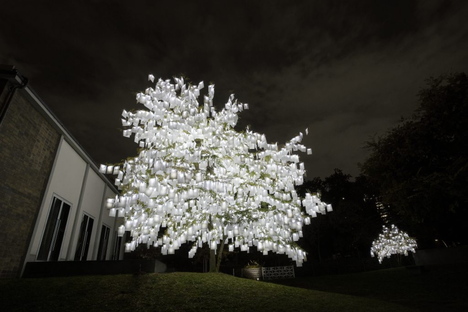 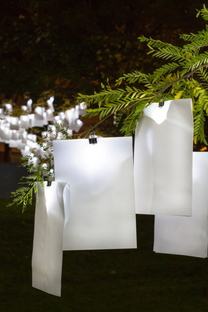