Spain stands out as guest of honour at the 2022 Frankfurt Book Fair with a pavilion abounding in design, creativity, technology and sustainability. The "La Teoría de las Cerezas“ project is the result of a partnership between the architects of Enorme Studio, space designer Vitamin, storyteller Ignacio Vleming and graphic designer Twopoints. 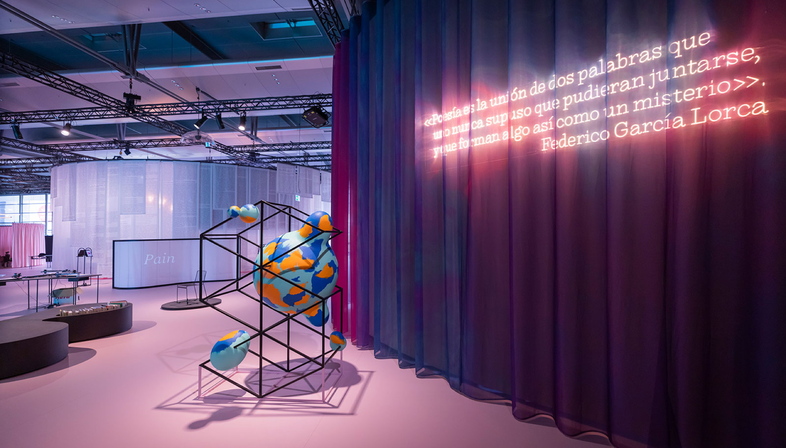 Spain was already guest of honour at the world-famous Frankfurt Book Fair in 1991, and is back this year under the slogan #CreatividadDesbordante to promote knowledge of Spanish literature around the world.
The pavilion framing Spain’s representation at the book fair is the product of a nation-wide public competition, in which proposals had to respond to the slogan of this year’s book fair in an innovative, original, creative and sustainable way. The chosen project was "La Teoría de las Cerezas", presented by Enorme Studio, based in Madrid, an architectural studio known to our readers as the winner of the 2015 Next Landmark contest, and Vitamin, a multidisciplinary studio specialising in interactive installations, with Ignacio Vleming as literary consultant and the graphic artists of Twopoints in collaboration with Giselle Etcheverry regarding content. Elvira Marco is main pavilion curator.
The title of the pavilion, which translates as „The cherry theory“, refers to writer Ignacio Vleming’s statement that stories are like cherries: one leads to another. In actual fact, the proposed project transformed the 2,000 m2 pavilion into a living dictionary connecting different words, languages and stories, like a series of hypertext links.
The main exhibition space consists of three main capsules, referred to as “cherries”, accompanied by two stages, one large and the other medium in size, a happy hour area, a workshop area and interactive stages. Bordered by layers of semi-transparent skin, with a cherry tree in the middle, these three „hubs“ offer visitors an immersive experience featuring atmospheres and colours, literary quotes, editorial references and definitions projected in all the languages spoken in Spain.
Visitors arriving at the pavilion are welcomed by big graphic prints like an "open book", followed by a snaking reception table and info point selling a selection of books.
Between installations, set among the capsules in the main exhibition space, are a number of interactive stops. The first thing visitors encounter is an interactive call to action: "It is the thermometer of thought, the brain of the artificial intelligence that manages the space“, explain the architects in a note for the press. The screen projects large spots of colour which respond to the coding of the most repeated words and concepts in the space and to the passage of visitors.
This first element is followed by six installations making playful use of dynamics that use language to underline the sense of orality, written expression, synaesthetic capacity, grammatical value or the complex relationship with artificial intelligence: six stages in which visitors can experiment with literature.
Semi-transparent surface coverings separate these stations in the pavilion even as their organic shapes and fluid plazas create spaces for meeting or relaxing and corners for reflection, referred to as the auditoriums.
Rocío Pina of Enorme Studio explains in an interview that the space plays with the idea of an interactive landscape in which every element "not only takes advantage of the theory of cherries, in which the word becomes an almost infinite way of expressing oneself, but also presents its own form of interaction, which is always different, seeking to awaken visitors’ curiosity“.
The "La Teoría de las Cerezas“ is an outstanding example of creative synergy emphasising the value of literature in the digital era. 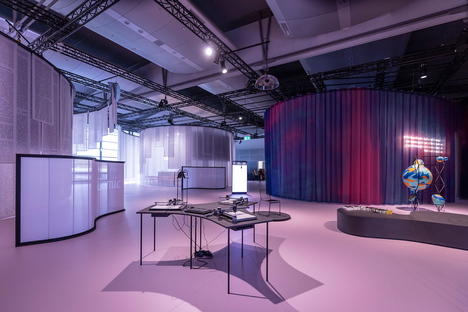 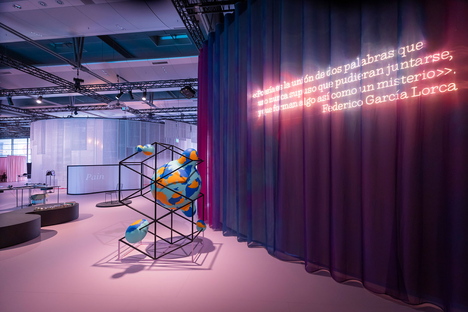 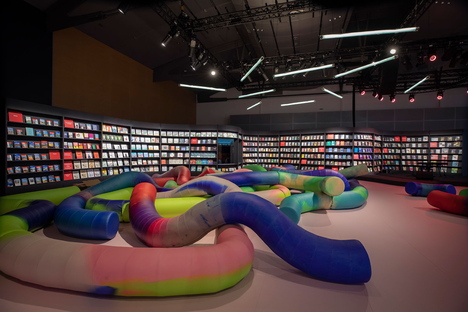 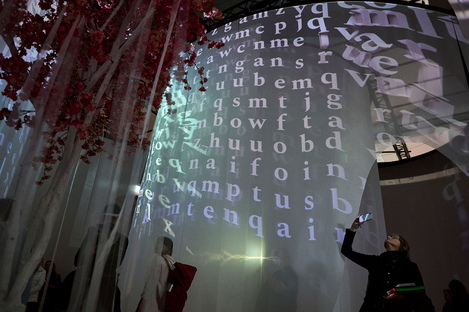 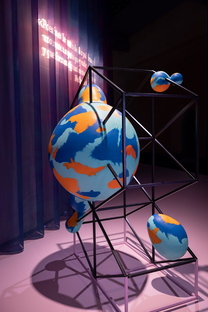 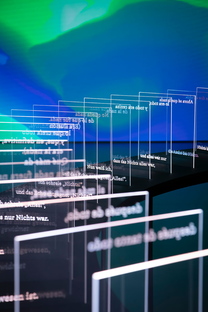 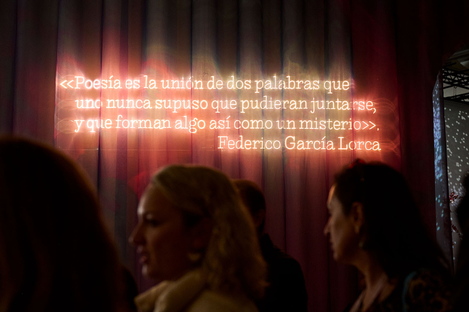 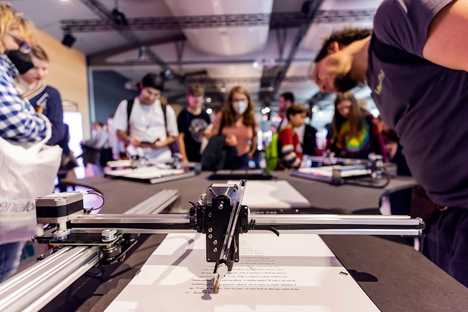 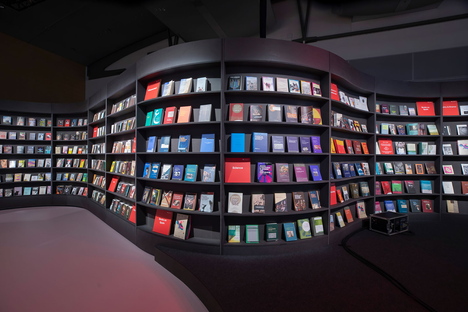 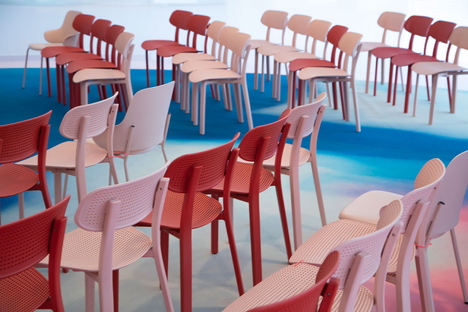 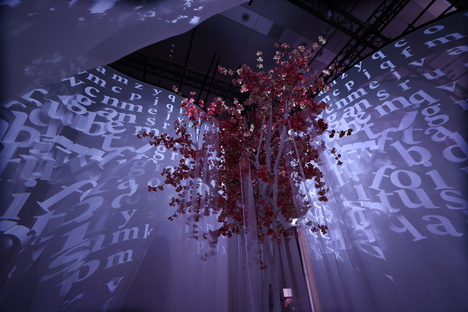 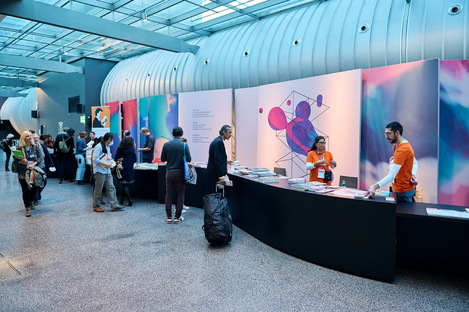 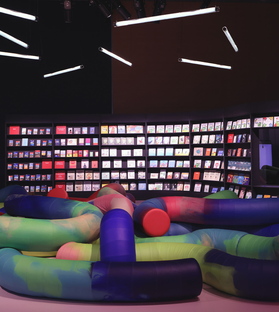