Working between architecture, sculpture, and landscape, focusing on themes such as the creative process, temporality, integration in changing landscapes, public participation, and imagination. In short, this is the work of the Dutch art collective Observatorium presented in their latest book Public Art for Public Life, published by nai010 publishers. 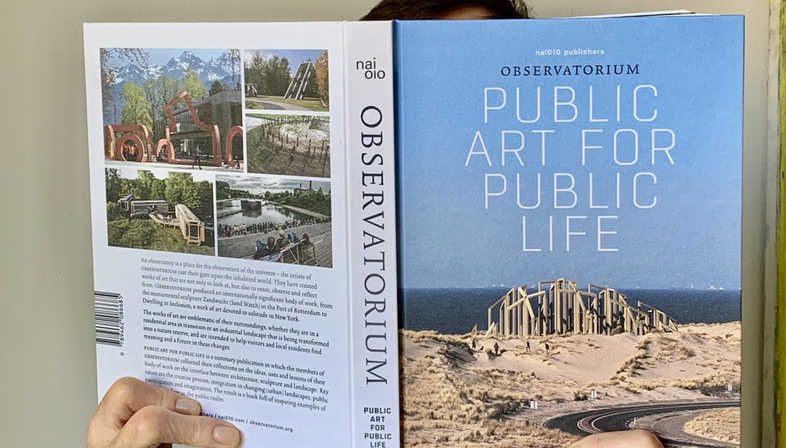 We take advantage of the summer period to share books. It is a moment of the year that allows us to delve into specific topics and satisfy our curiosity that we do not have time to do during the year.
Those who follow us know how much we care about land art because it is a discipline that enhances our environment through artistic gestures. In fact, we often need a little help to become aware of the beautiful landscapes surrounding us, both in urban and rural areas. It is no coincidence that for years we have been publishing the work of the Dutch art collective Observatorium, a studio for art in public space and place-making in Rotterdam, founded in 1997 by Geert van de Camp, Andre Dekker, Lieven Poutsma, and Ruud Reutelingsperger. The artists live and work in Rotterdam with a background in visual arts, architecture, literature, and education. Their works move between urban planning, landscape architecture, architecture, and art, contributing to the creation of new meanings and use for places and environments in transition.
Observatorium, therefore, focuses their gaze on the inhabited world, so with their creations, large or small, they aim to give new insights into our environment and thus reflect. They state on their website: "We like our artworks to be a common good, to create a sense of place and to be used. We are always trying to evoke a contemplative moment in which the artwork connects the audience with the actual physical site and a deep sense of the condition humaine. At best an artwork creates a sense of place and intense attention. We aim for creating a sense of wonder in very often already magical places."
For those who would like to learn more about their works, created in different parts of the world, we recommend their latest book, published by nai010publishers in English.
Public Art for Public Life is a retrospective publication in which Observatorium searches for the results, meaning and lessons gained from their works, many of which have been published in the pages of Floornature. The result is a book full of inspiring examples of the power of art in public space.
Among the many contributions featured and shared, one deserves special attention, as it fits into the defence of the Dutch coastline. It is Zandwacht, an installation part of Rotterdam's large-scale Maasvlakte 2 reclamation project. Realised in 2016, it tangibly illustrates the creation of a dune, the actual natural protection from the sea. That is, the place where sand moved by the wind, as it falls, forms small mounds, which slowly grow into a dune.
Among the most current large-scale interventions is the beautiful Terp fan de Takomst, recently built on land in front of the Wadden Sea, whose images and concept we will present in the coming weeks.
Public Art for Public Life by Observatorium is a journey into that creativity that takes on the relationship between humans and nature. It is multifaceted relationship, mediated by artistic interventions that emphasise the particularity of the context in which they are inserted. Particularities through which we can discover new interactions with the landscapes in which we live. 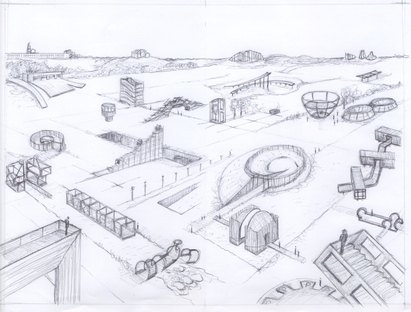 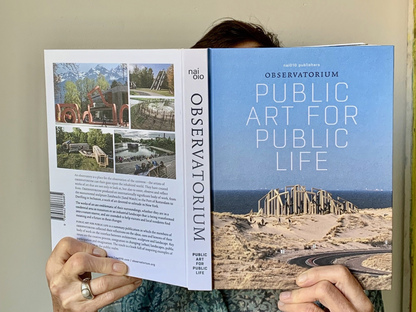 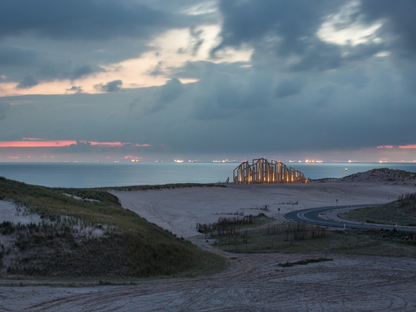 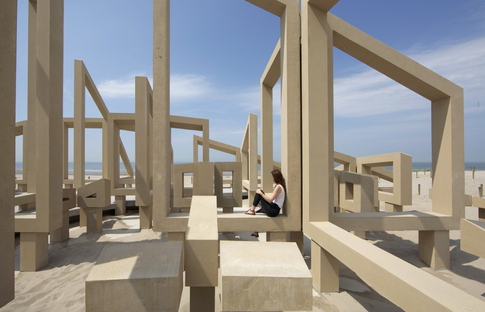 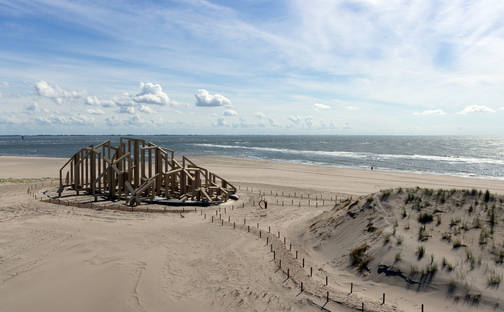 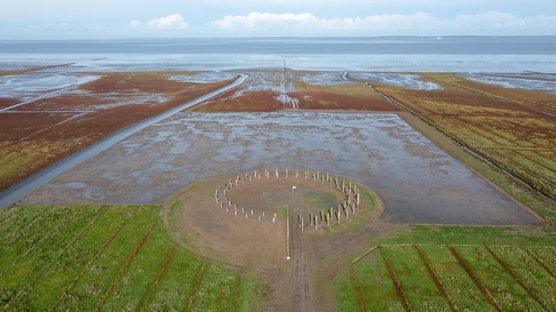 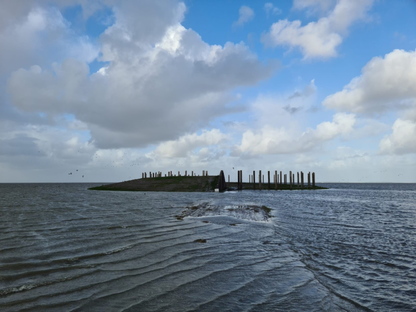