Designer Hu Quanchun of Field Conforming Studio is the author of an unusual public artwork entitled Imprint. It depicts a section of a muddy country road complete with rural footprints. Made of Corten steel, he designed it for the first OCT Fab Public Art Festival, held in the Fab Town theme park in Xiangyang. Creating a strong contrast in the rarefied context, it is a work that astonishes visitors. 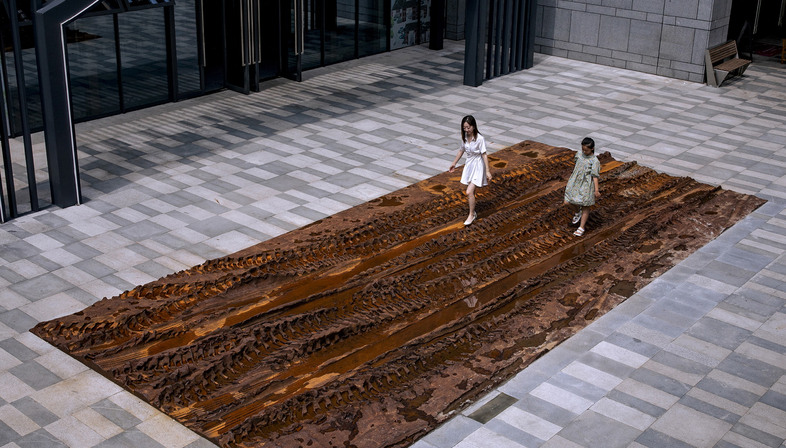 The use of public art is an essential means to increase public interest, foster interaction and stimulate curiosity. It is no coincidence that in one of the latest major theme parks, OCT Fabland Xiangyang, developed by OCT and located in Xiangyang in Hubei Province, the operators have called for a public art festival in 2021: the OCT Fab Public Art Festival. In addition to the main theme park Fabland, there is also a children's park, a water park, a hot spring, a spa, a shopping centre with gastronomic offerings, and several hotels.
Right inside the shopping streets, more precisely on a small square that deviates from the main walkway of the Fab Town shopping centre, Hu Quanchun of Field Conforming Studio has created the work Imprint. At first glance, this sculpture's images make one think of a muddy piece of country road where heavy farm vehicles have passed. Only when you look at it more closely, do you realise that those who cross it do not have dirty shoes or hands, as they are not treading on mud but Corten steel. However, what intrigued us about this artistic gesture was not so much the creation of the work, which took place off-site and was then transported to Fabland, but the creative process of its author.
When invited to create a work for the Public Art Festival, Hu Quanchun, induced by the name Fabland, had imagined Fab Town as a place of wonder. Instead, it was a commercial real estate development being built on vast agricultural land. So how to create a public artwork for the shopping centre that would take up the city's theme? Especially at a time when the new town had not yet taken shape?
Hu Quanchun explains in a press note: "From a public art design point of view, it was difficult to create a work on such an empty site. The reason was that the creation of public art had to be rooted in the historical memory of the site, co-ordinate with the surroundings or interact with the public. But the conditions of the site were insufficient to create these connections, which became a major obstacle for the design."
But as often happens, inspiration came by chance when the designer saw a large piece of mud on the concrete pavement of Fab Town. They were tyre marks left by the soil from the vehicles, which appeared as a relief sculpture on the road. Moreover, that scene reminded him of the rural roads that were everywhere in his childhood, as places full of 'expressions' that changed with the weather. In short, an ever-changing reality.
So in a place in transformation, it seemed important to him to leave a reminder of its rural past. And he did this through the apparent contrast with the context, thus shaping the 'fabulous experience' created by the new town.
Certainly, standing in front of Imprint in the midst of OCT Fabland Xiangyang, one feels a sense of awe and wonder, as it is indeed difficult to extricate oneself from something that appears so out of place in an urbanised and aseptic environment. However, the images in the gallery speak for themselves: Hu Quanchun and Field Conforming Studio's mission for the OCT Fab Public Art Festival has succeeded. 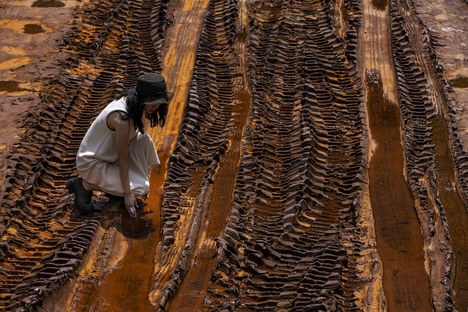 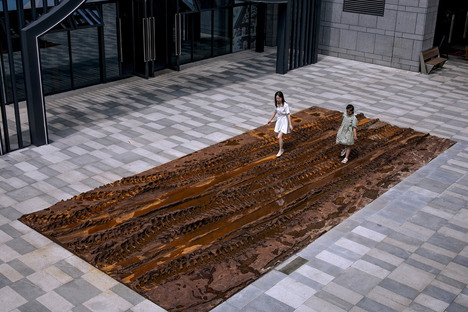 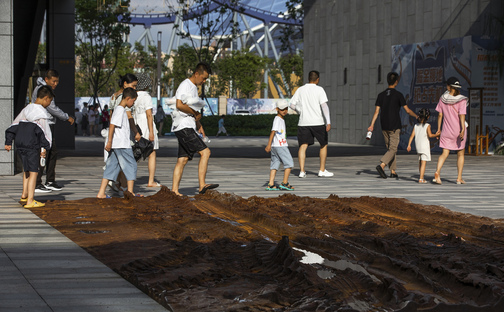 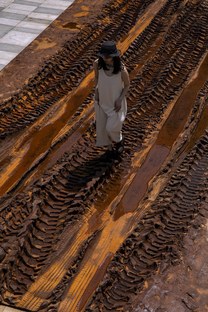 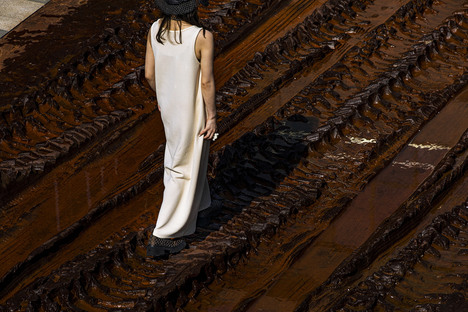 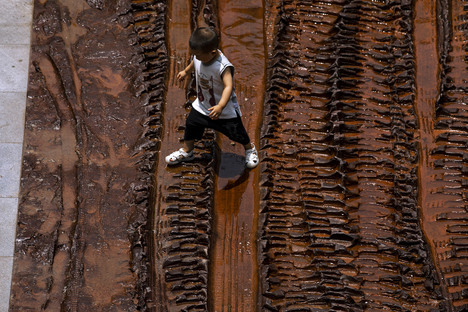 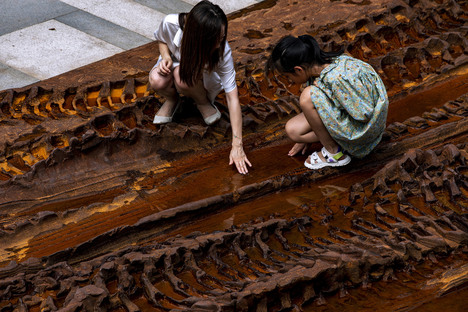 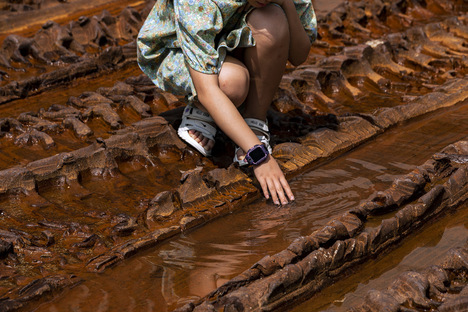 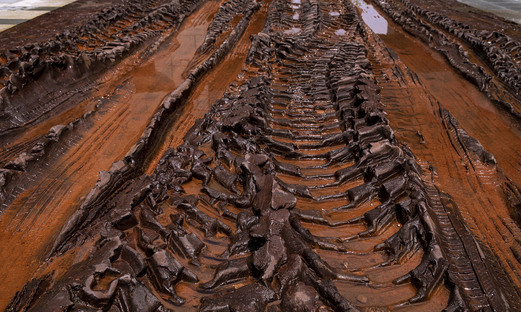 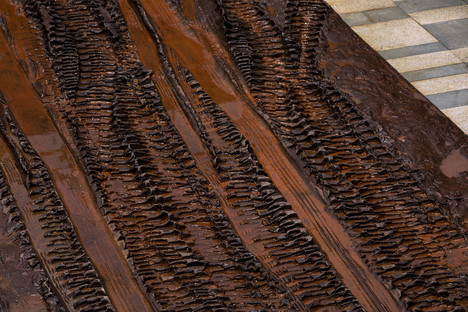 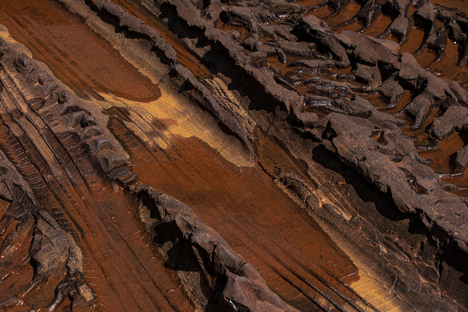