The Festival des Architectures Vives in Montpellier, one of the highlights for lovers of ephemeral urban installations that have enlivened the French city and its rich architectural heritage since 2006, was dedicated to impermanence. The 16th edition took place under the banner of the awareness that everything is unstable and nothing immutable. 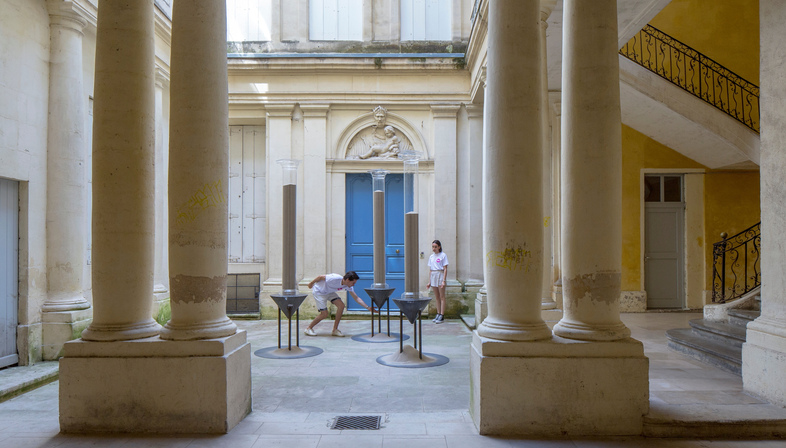 For many years, we have been following the Festival des Architectures Vives, an initiative organised annually by the Champ Libre association, chaired by Elodie Nourrigat and Jacques Brion, Montpellier architects. FAV is a public exhibition thanks to which visitors, since 2006, can discover or rediscover historical places in the city of Montpellier, mostly private. For this, a route linking buildings and courtyards accessible only during the festival, i.e. when specially created installations are exhibited there.
In this initiative, it is essential for the organisers to give space to a young generation of architects who are proposing, inventing, experimenting, and exploring new fields of design for our environment. This year, the theme of the FAV, held from 14 to 19 June 2022, was Impermanence, that is, the condition of precariousness, of ephemerality.
Never before, in the face of continuous changes and transitions occurring at an ever-increasing pace, have we realised the precariousness of our world. In this regard, the organisers write on the festival website: “what seemed immutable has been questioned, and many certainties have been shaken. In this context in which everyone is looking for points of reference, architecture cannot be spared, and we are aware of this state.” So, with FAV, we look beyond heritage to investigate traditions and the transmission of culture. An approach that manifested itself in ten installations with a decidedly graceful and poetic touch. Of these, we would like to mention the four award-winning ones.
The jury prize went to BOUTEILLE A LA MER by Kollektiv Gesamtkunstwerk, a collective of six friends from Belgium and Germany. This installation of glass bottles starts from the idea that they are inherently subject to impermanence, as they are used and reused by many people before being recycled. Therefore, the basic idea of the work is that of the message in a bottle, where a random letter is left without being addressed to anyone in particular, especially with little chance of being heard. For each message added, the transparency of the installation decreases. For each note removed, the transparency instead increases again, thus accentuating the mutability and transience of the work.
The public's prize was awarded to UNE ILLUSION D’ETERNITE by Malo Chabrol and Lucas Buti. These transparent Tuscan-style columns echo those of the Hôtel de Griffy, in practice giant hourglasses. They induce visitors to slowly contemplate the disappearance of architectural elements dating back several millennia.
Two honourable mentions. FRAGMENT by Chiara Vigneri & François Chantier. Elementary geometric shapes, built with recycled materials rich in irregularities and alterations manifested over time, reflect a dynamic dialogue with the historic building in which they are inserted. CAELOSCOPE, by Alek Rokosz, is, in turn, a tool for observing the urban sky, as in cities, where buildings dominate the landscape, it is increasingly difficult to see the sky. Since the pandemic and confinement of people have made it difficult to see the infinite, CAELOSCOPE aims to bring our gaze back upwards to the sky, which is always present and different. Ultimately the very essence of impermanence. All this is achieved through a stainless steel mirror that reflects the slightest environmental change. The visitors an rotate it to examine the desired fragment of the vault of heaven.
Further information can be found on the website of the Festival des Architectures Vives, which confirms itself as the European laboratory of ideas for ephemeral urban installations. 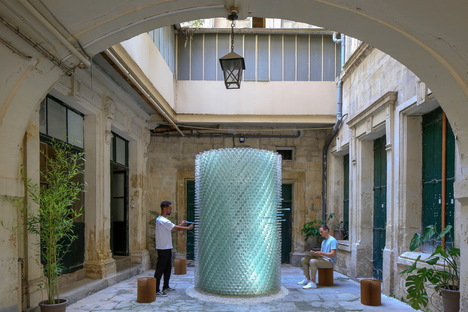 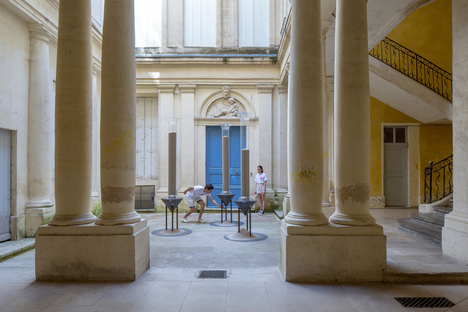 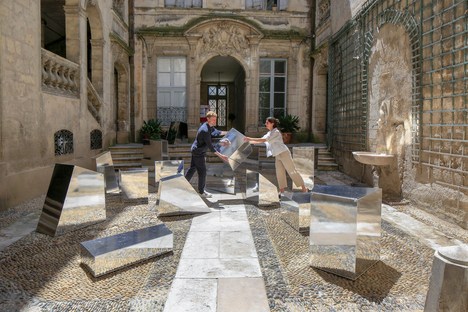 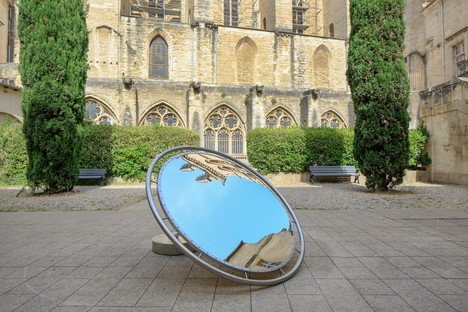 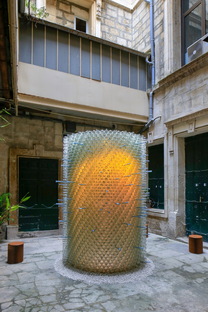 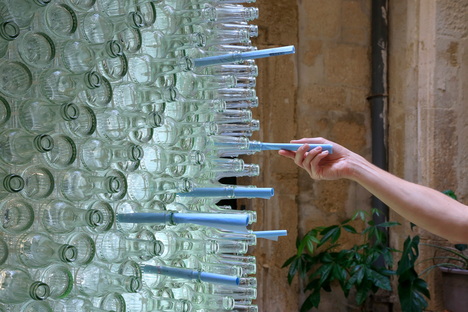 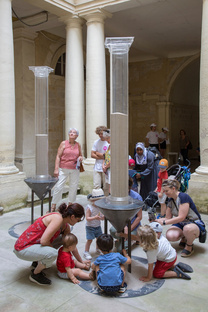 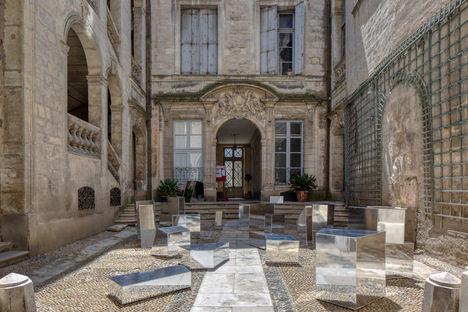 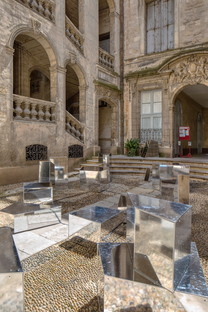 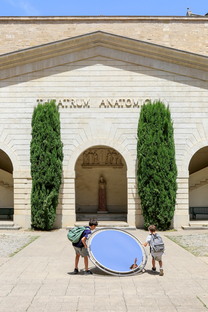 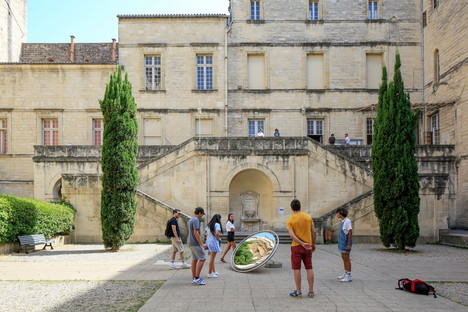