The Rotterdam-based art collective, Observatorium, is back in the Ruhr area, this time in Dorsten. Their new work entitled Stadtkrone, the city crown so to speak, is tied to their previous interventions carried out in the area. Stadtkrone is a landmark in a recently redeveloped city park, created to provide users with a new panoramic observation point over the Lippe river and the Canal. 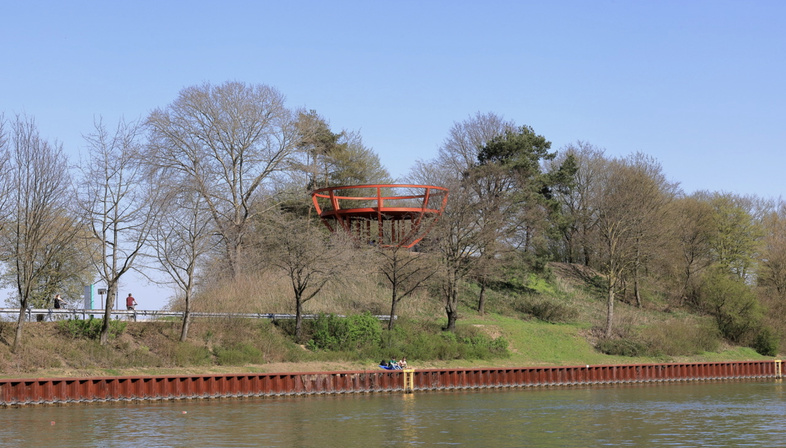 Our readers have already been introduced to the Observatorium art collective based in Rotterdam, engaged for many years in the redevelopment of natural and urban areas, through the use of art and installations to open up new points of observation on our world. The so-called land art thus becomes a powerful tool to change our perception – and consequently our attitude towards certain places.
This is also the case in the German city of Dorsten, on the Ruhr basin, where Observatorium has already created several works. In 2015, in fact, the collective had collaborated with curator Marion Taube to create the temporary art project "LippePolderPark" in the city. Over the course of a summer, the lawns near the Lippe River became the heart of the city’s cultural activities, bringing its green urban landscapes and river to the attention of citizens.
In 2017-18 the “Stadtkrone Dorsten” artistic initiative was launched, also in the vicinity of the river and the canal, in the Maria Lindenhof city park which, for years, had been neglected. Aware of the power of art as a catalyst for positive transformation, curator Marion Taube collaborated with the city to hold a competition for artists and landscape architects to create a symbol of change in this park. A competition won by the Observatorium collective, who had already worked in the area.
Their proposed project for Stadtkrone, the crown of the city, is a compluvium erected at the western end of the park, towering over the river dam and visible from far away through the trees. The choice of structure was by no means accidental. The Dutch artists had, for some time, been studying the history and architecture of the impluvium, already in use in Roman times, as an answer to the ongoing climate emergency and its consequences such as drought and flooding. The opening of the bowl-shaped wooden roof and the basin for collecting rainwater symbolically connect to the theme of climate changes, as an impending disaster caused by man’s hand. At the centre of the Stadtkrone, right in the impluvium that holds the water, a stone worked by the local stonemason Rainer Kühn has been placed, intended to symbolise the difference between cosmic time and human time.
Rainwater is channelled through two gutters representing the Wesel-Datteln Canal and the Lippe River on the plateau in front of the pavilion. Because the roof is just over 10 metres in diameter and the circular floor measures 3 metres, an atmosphere of calmness in created inside the structure. A circular bench offers seating areas located both outside and inside the perimeter, allowing visitors to admire the surrounding panoramic views over the landscape or to take in the inner stillness of the pavilion.
The Stadtkrone pavilion created by the Observatorium art collective in Dorsten is a multifunctional work: a new landmark for the city, a meeting place, a fountain, as well as a community enabler that fits into a broader participatory process of citizens in the design and use of urban greenery. There’s no doubt that it’s popular in Dorsten: a local baker, in fact, makes bread shaped as the Stadtkrone. Indeed, part of the proceeds are used for the maintenance of the Maria Lindenhof park where the structure is located. 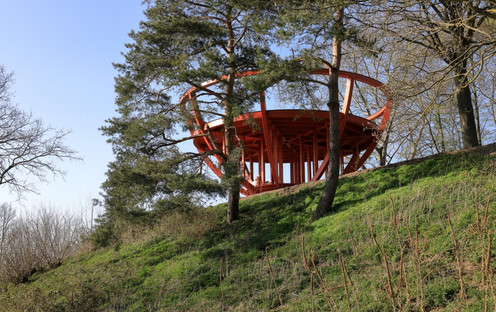 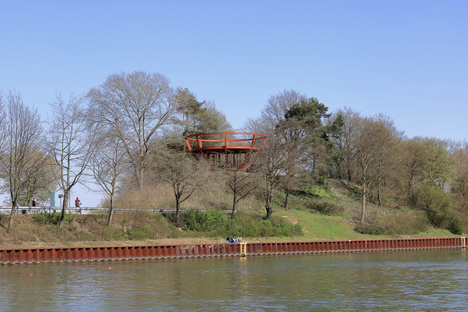 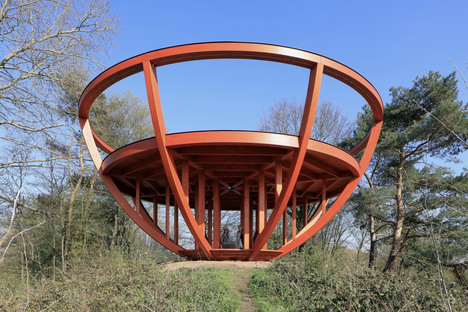 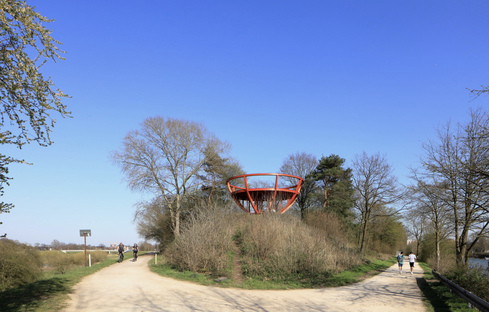 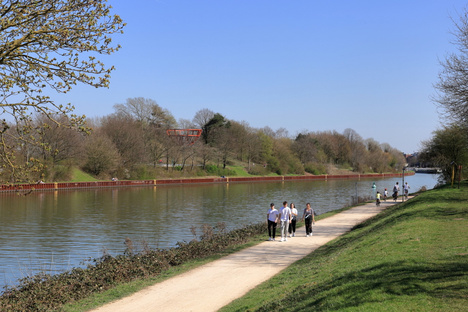 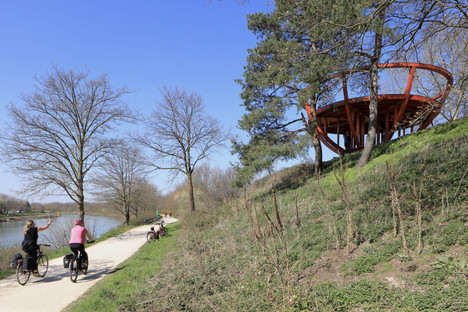 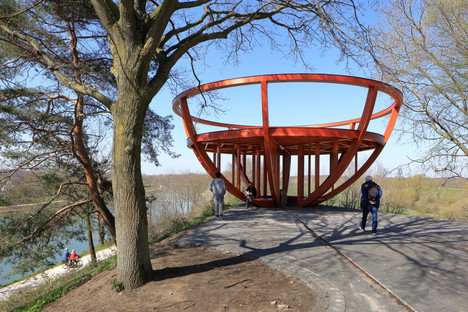