As part of its “Keeping it Modern” initiative, the Getty Foundation has decided to contribute to the conservation of the Flaminio stadium designed by Pier Luigi Nervi for the Rome Olympics in 1960. 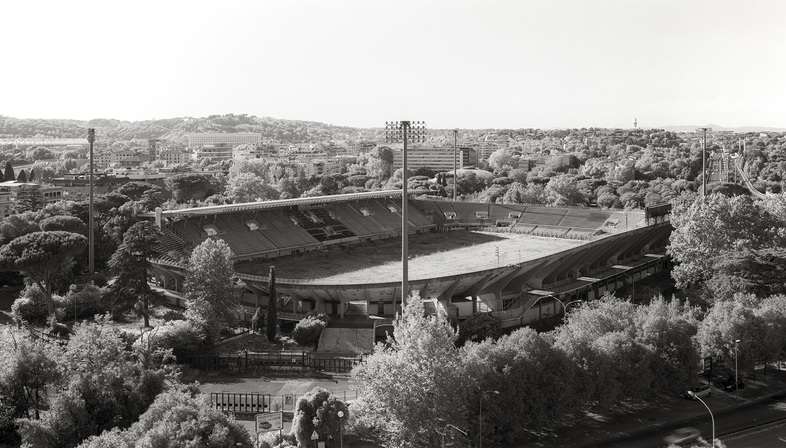 As part of its “Keeping it Modern” initiative, the Getty Foundation has decided to contribute to the conservation of the Flaminio stadium designed by Pier Luigi Nervi for the Rome Olympics in 1960. The pictures taken by photographers Matteo Cirenei and Marco Menghi as part of their “Finding Pier Luigi Nervi” research, document the site's current condition.


Conserving our 20th century architectural heritage is a major issue for many people who love modernism and more. The “Keeping it Modern” initiative was rolled out in 2014 by the Getty Foundation in Los Angeles and is dedicated to this cause. It has allocated 180,000 US dollars to the 'La Sapienza' University in Rome to develop a restoration plan for the Flaminio stadium in Rome, designed in 1959 by Pier Luigi Nervi and his son Antonio for the 1960 Rome Olympics.
The sports facility designed by the prolific Italian architect and engineer is in very poor condition, as we can see in the pictures taken by photographers Matteo Cirenei and Marco Menghi, who have been working on their research project “Finding Pier Luigi Nervi” since 2014. Together with the “Pier Luigi Nervi Project” association, they are creating a huge record of the existing state of affairs of many creations designed by this master structural engineer. Cirenei and Menghi use their black and white photos taken on ordinary film - Cirenei in large format (6x12) with a Silvestri S4 and Menghi in medium format (6x6) with a Hasselblad - to underscore the structural aesthetic as the emblematic feature of Nervi's pioneering use of reinforced concrete, which has not lost its appeal even now.
The shots of the Flaminio stadium taken by the two photographers are a narrative of the beauty of architecture that, almost 60 years after it was designed, shows elegant and dynamic lines that have nothing to envy many contemporary constructions. It is hoped that the contribution of the Getty Foundation really can help switch on the floodlights again, and shine them both on the genius of Pier Luigi Nervi and on his work across Italy. 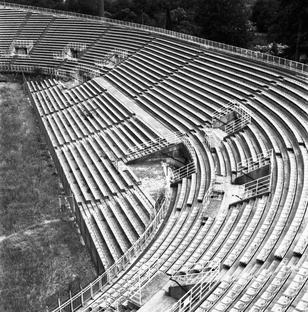 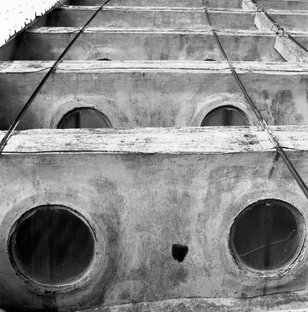 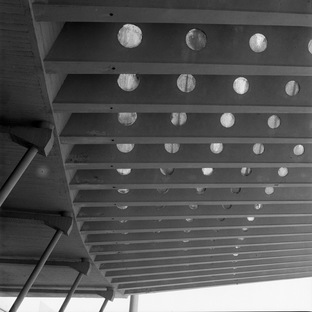