After Athens in April, documenta14 opened on 10 June 2017 in the historic city of Kassel, Germany, the birthplace of this contemporary art exhibition held every 5 years. 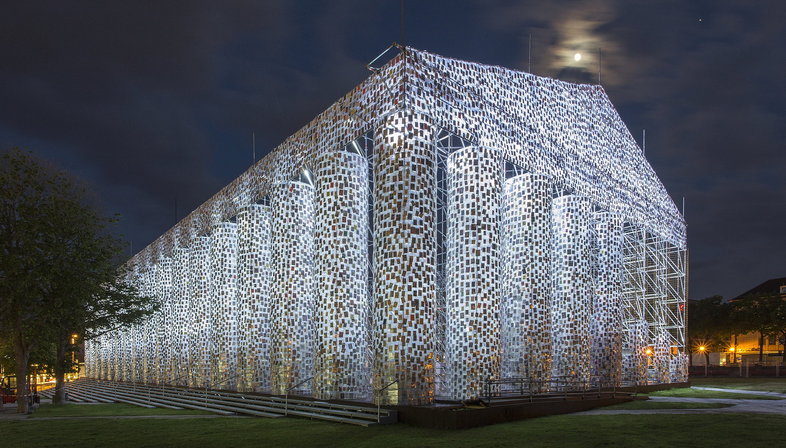 After Athens in April, documenta14 opened on 10 June 2017 in the historic city of Kassel, Germany, the birthplace of this contemporary art exhibition held every 5 years. Here is a sneak peek of some of the works for our readers.


“Learning from Athens” is the title of  documenta14 that opened in the Greek capital on 8 April and will be open to visitors until 16 July, while the traditional venue of Kassel opened on 10 June and will run until 17 September 2017.
After some initial scepticism by experts at the idea proposed by the artistic director of documenta14, Polish art critic and curatorAdam Szymczyk to hold documenta14 in two separate cities on an equal footing, thus reviving last century's original concept is now turning out to be a winner because it leaves more space to art.
In the run-up to visiting it in person and to give ourselves some idea of how the curators' concepts have been received at a crucial moment in the history of humanity where artists have the appropriate media to turn passiveness and resignation into something active, here are some impressions from Kassel. The most spectacular work is without a doubt “The Parthenon of Books” by the Argentinian artist, Marta Minujín, she reconstructed the classical Greek temple of the Parthenon from the Acropolis in Athens, hanging books banned during the various dictatorships and regimes. This artwork greets visitors on the lawn in front of the Fridericianum.
Even more than in the past editions, this year's sites selected by the curators to exhibit the artworks can be in turn viewed as sculptures and political announcements. In Athens they used the public cultural institutions - some threatened with closure, others never open because of spending cuts caused by austerity measures. In Kassel, the locations include the 1970s Brutalist architecture of the federal mail sorting centre, now in disuse and run-down after the postal services were privatised. 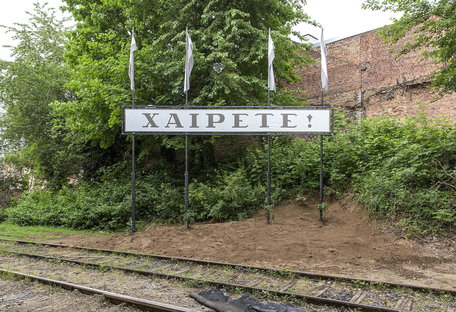 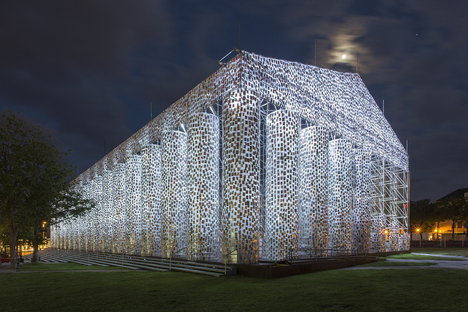 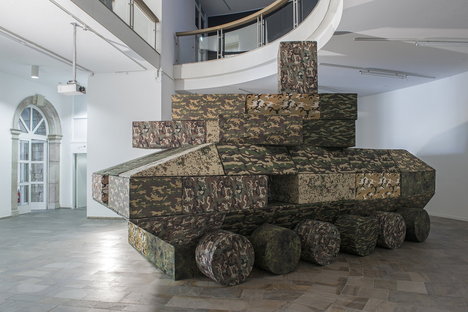 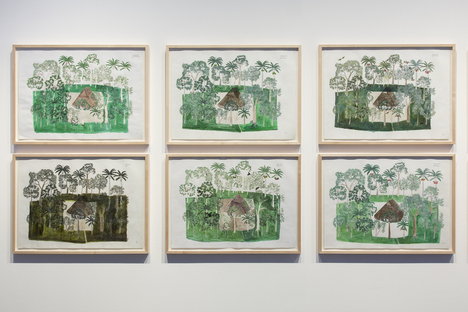 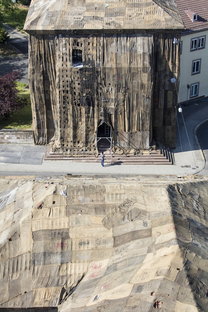 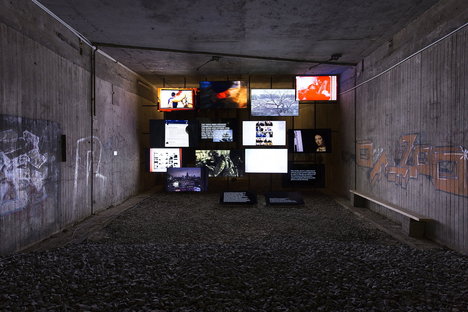