Two weeks until the end of documenta14 in Kassel. 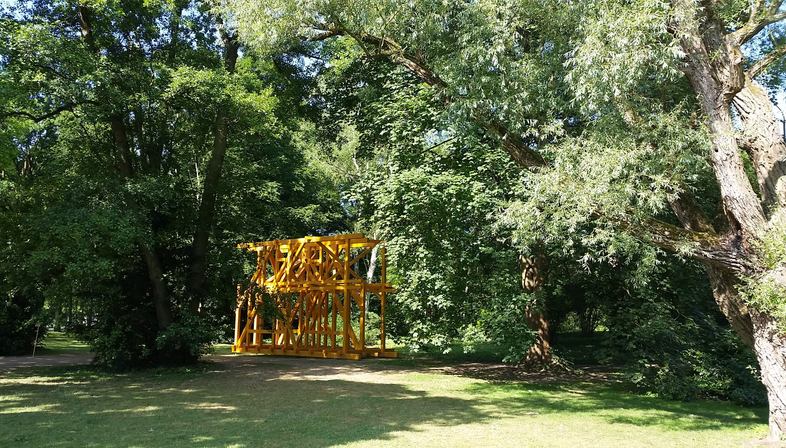 Two weeks until the end of documenta14 in Kassel. Called “Learning from Athens”, this edition of the contemporary art exhibition held every five years was split between Athens and Kassel. For those of you who didn't get there or who are still planning to go, here are our impressions in two instalments.


Every five years, Kassel turns into a giant contemporary art gallery. Spread across the whole city, this was a must-attend event for Floornature and Livegreenblog, particularly this 14th edition, split between two special places: from 8 April to 16 July in Athens and, overlapping for a month, from 10 June to 17 September 2017 in Kassel.
An idea proposed by the artistic director of documenta14, Polish art critic and curator Adam Szymczyk to renew last century's original concept. Many of the participating artists exhibited in both Greece and Germany, and the artwork by Ghanaian artist Ibrahim Marhama, covering the Torwache, was actually prepared in Athens using coffee sacks sewn by volunteers in Syntagma Square.
We began our tour at the Documentahalle, where Iraqi Kurd Hiwa K created the installation of concrete pipes repurposed as rooms, introducing one of the hot topics of documenta14 - war, flight, migration. In front of the Fridericianum stands the “Parthenon of books” by Argentinian artist Marta Minujín, a sculpture that is more attractive in the photo than live. Not so much because it is unfinished as because when you look more carefully you can see the difficulty of narrating censorship with an installation of this kind.
The decision of the curators to host the EMST collection in the Fridericianium gives visitors a chance to get to know much of the Greek museum's historic art whereas we were expecting contemporary avant-garde. Which you can see at the Ottoneum, although there wasn't much to interest us there, apart from the delightful 2-channel video installation by Khvay Samnang taking us into the virgin forest of Cambodia.
The Neue Galerie acts as “historical memory” of documenta14 where the documentary aspect counts more than the genius intrinsic to each artwork, namely the artist's capacity to respond to a difficult reality. Here, even though it's no longer contemporary, the art of Lorenza Böttner (1959-1994) is a true creative highlight.
Heading down to Karlsaue where not many works were showcased, unlike in 2012, when Land Art played a leading role, we stopped at the Orangerie and found a worthy conclusion to our first day in Kassel: “Byzantion” by German filmmaker, Romuald Karmakar. A film that depicts two different groups of Orthodox priests sing Agni Parthene in the Greek and Slavonic versions. An experience that we could say was truly mystical because it goes beyond the dimension of routine to start at the beauty and depth of sounds. 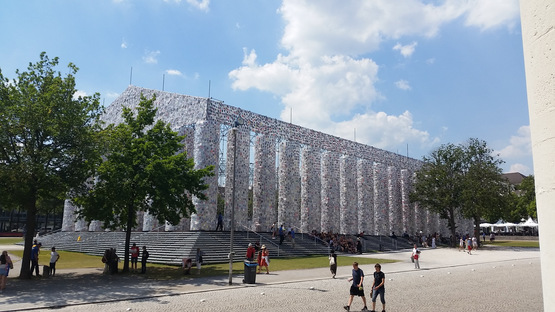 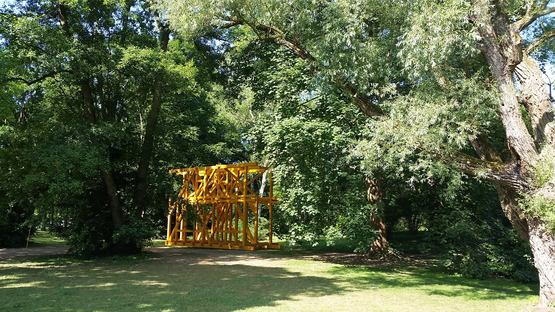 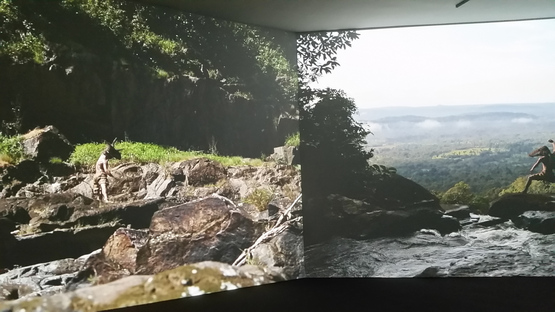 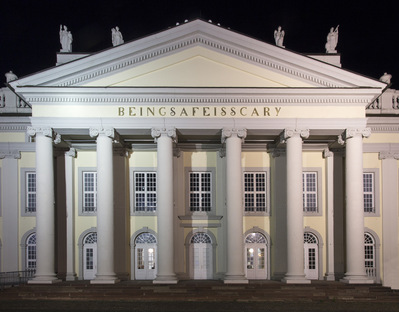 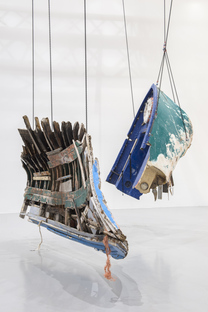 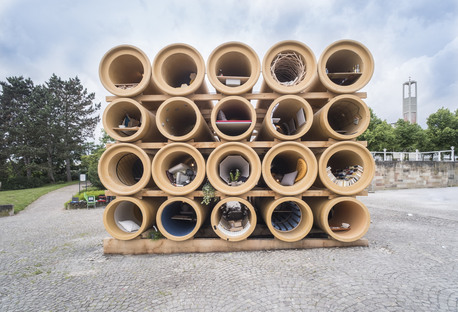 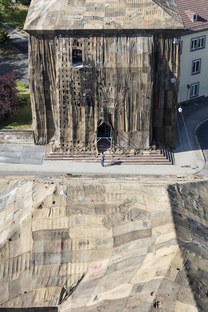 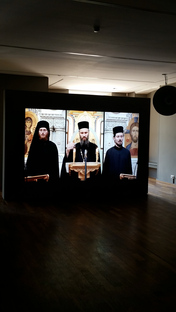