The third edition of A.S.T.I. FEST, which stands for Architecture – Development – Territory – Innovation began a few days ago. This festival explores the themes connected to architecture and urban planning and is organised every three years by the Cultural Committee of the Association of Architects, Designers, Landscape Architects and Curators (Ordine degli Architetti, P.P.C.) in the province of Asti. 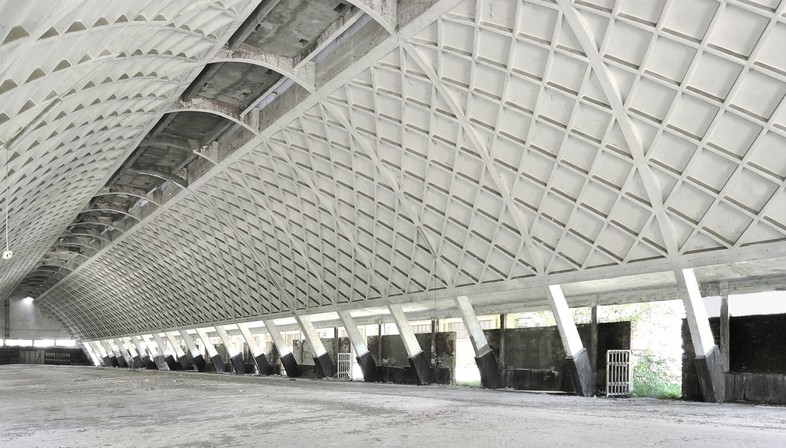 The third edition of A.S.T.I. FEST, which stands for Architecture – Development – Territory – Innovation began a few days ago. This festival explores the themes connected to architecture and urban planning and is organised every three years by the Cultural Committee of the Association of Architects, Designers, Landscape Architects and Curators (Ordine degli Architetti, P.P.C.) in the province of Asti.


A.S.T.I. FEST, organised by the Cultural Committee of the Association of Architects, Designers, Landscape Architects and Curators (Ordine degli Architetti, P.P.C.) has for years provided the opportunity to discuss and explore the themes connected to the city and its inhabitants, to architecture, to urban planning and to the landscape. The event will run throughout the month of May and part of June with many initiatives, including conferences, walks, workshops and exhibitions. One of its goals is the desire to raise awareness of urban realities that have recognised and addressed their problems, and that have been able to overcome them by rolling out particularly significant actions in terms of architectural quality, economic and environmental sustainability and improvements to the social conditions of the population.
The Festival is now in its third edition (link) and the recurring theme is Transitional Cities, resilient cities that are capable of adapting to change, turning uncertainties into opportunities and risks into innovation. An umbrella theme is broken down into four key areas: energy, transport, nature and resources.
One of the various initiatives we recommend relates to a topic that we have been following for years at Livegreenblog: the conference called “Archeologia industriale: criticità o risorsa?” (Industrial archaeology: problem or resource?) being held on Friday, May 3 at 5 pm in Palazzo del Michelerio. “To understand the importance of this heritage,” explains the architect Marco Pesce, head of the Cultural Committee of the Asti Association of Architects, “it is necessary to become acquainted with it and to recognise it in the territory: so we decided to map our city's industrial sites using open source tools like OpenStreetMap and Wikipedia.” The result is a constantly updated map that will be accessible on the website of the Association of Architects, and that will give everyone - professionals, investors, public administration and other interested stakeholders - a useful tool to explore the existing sites.
Then there is the opening of the exhibition “Acciaio, sale e tabacchi” (Steel, salt and tobacco), organised by the Tortona City Council and that closed recently at Palazzo Guidobono. This is an in-depth look at the history of the industrial complex in the ALFA area (an acronym for the Anonima Ligure Forniture Acciaio company) and of the Tortona Salt Sheds, designed by the engineer Pier Luigi Nervi. The exhibition uses the photographs of Gianluca Giordano, the drone videos of Massimiliano Dorigo and the design drawings to draw attention to all the potential of the site. Actually, the “Capannoni del Sale” (salt sheds) committee was formed by citizens and professionals when they realised the value and importance of the complex. The committee's goal is to promote initiatives aimed at preserving and leveraging the territory's architectural heritage. The city of Asti also has opportunities similar to this and they are showcased in the photographs taken by Fabrizio Caltagirone and Renato Morra.
You can find the full programme of A.S.T.I. FEST - which has also involved internationally renowned architects in addition to the German town of Biberach - on the dedicated website. 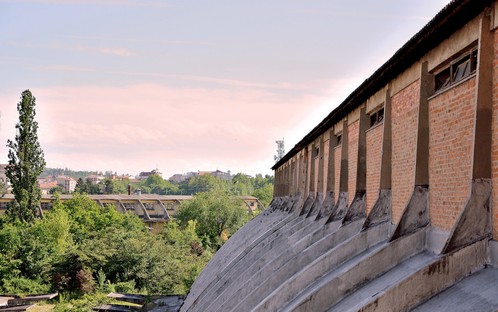 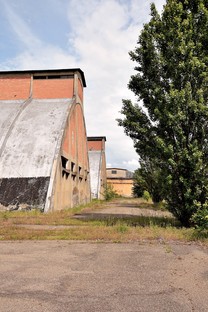 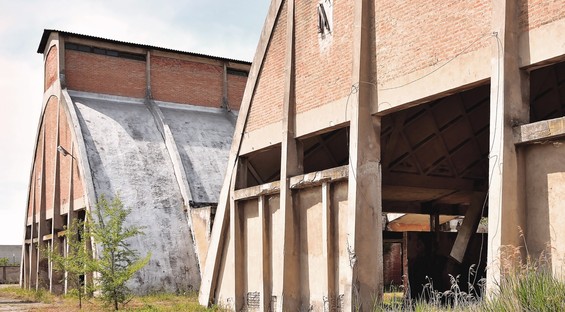