The architects from GAP Studio based in Asti, Italy, have completed their visually arresting makeover of a castle in the Langhe. A project that fits in well the beauty of a one-of-a-kind landscape, a UNESCO World Heritage Site since 2014. 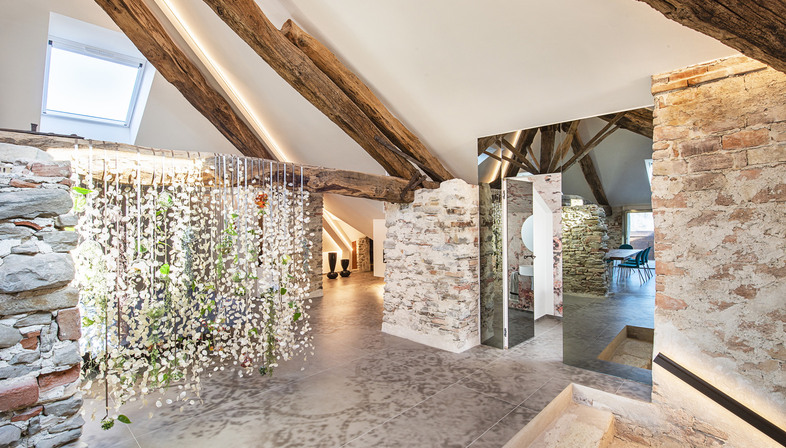 In June 2014, the Vineyard Landscape of Piedmont: Langhe-Roero and Monferrato became Italy’s fiftieth UNESCO World Heritage Site. These distinct winegrowing areas are exceptional because a cultural landscape is being celebrated and protected for the first time in Italy. Here, the hand of man has forged and transformed this land to make it the unique, wondrous landscape it is today: a sea of vineyards, hills, farms, villages, churches and castles that always impress visitors.
GAP Studio is a team of architects based in Asti. They have specialized for years in improving the local architectural heritage for clients in Italy and further afield, and they’re behind a project in a 17th-century castle located in the hills of the Langhe. They have transformed the old attic into a contemporary loft, following the client’s brief, which was to retain the historic charm of the bare brick walls and exposed hand-hewn roof beams.
They couldn’t alter the shape of the delightful roof structure that takes the form of a tree, nor could it bear new vertical walls to separate the different environments. So, in the end, the architects designed an open space for this 157-square-metre loft, only leaving the three turrets (not the usual four in a castle of this kind) at the corners.
The open space has two distinct areas: the living area with a terrace, comprising the kitchen, dining and sitting room, and the more private master bedroom with walk-in robes and annexed bathroom.
A mirrored wall at the top of the terracotta staircase leading to the whole open space hides a small powder room. The biggest challenge facing the architects was how to include the three turrets in the project. None of the three turrets was accessible owing to the height of the roof pitches, and the Italian Ministry of Fine Arts - whose approval is mandatory in projects of this kind - doesn’t allow changes in the morphology of buildings. This made it tough for the team from GAP Studio, but they persevered and set their creative juices flowing freely. Faithful to the initial vision - theirs and the client’s - they came up with a scheme to access the turrets while still protecting the buildings architectural heritage, by designing a long terrace connecting the two turrets at the north. In turn, they converted these two turrets into a studio and a covered jacuzzi with a real wow effect.
The 35-square-metre terrace provides perspective access to the third turret that completes the ample, open space. The French doors slide completely back behind a mirrored wall that matches the mirrored wall on the opposite side of the loft, thus creating a dialogue of reflections. The opening also frames the view of the Alps in the distance like a painting, superbly captured by the young architecture photographer, Nicola Lorusso.
In their design of the loft by GAP Studio in the castle in the Langhe, the architects played with the historical materials, cleaning up the old brick wall and leaving it intact. They also used the considerable height (up to 5 metres) to real effect. Their project elegantly brings together local history and the needs of modern living to create a loft that focuses on the connection with this beautiful, heritage-listed landscape. 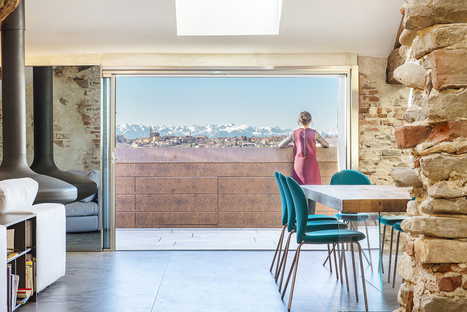 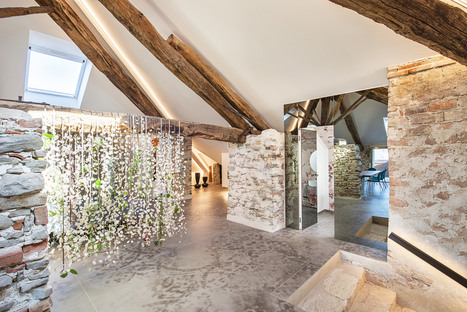 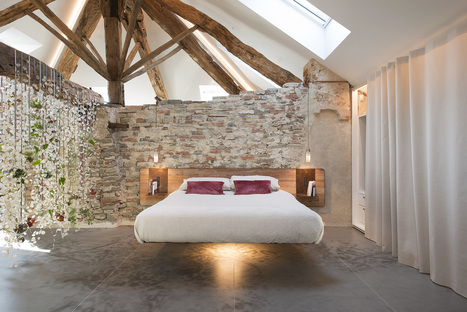 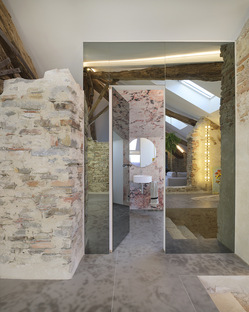 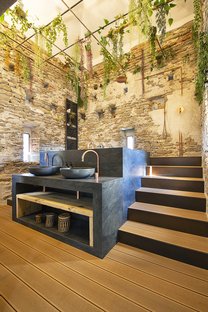 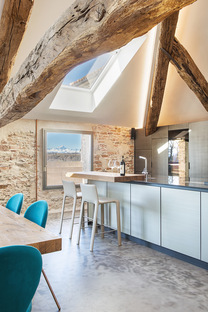 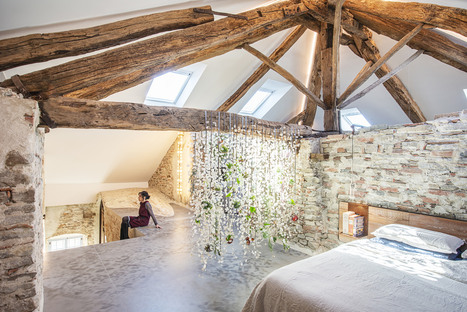 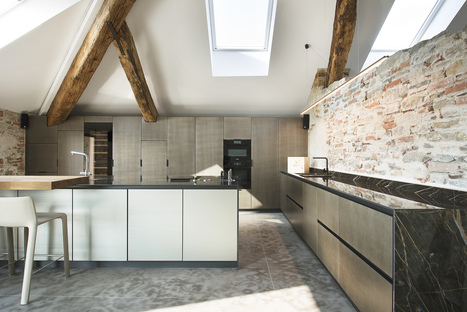 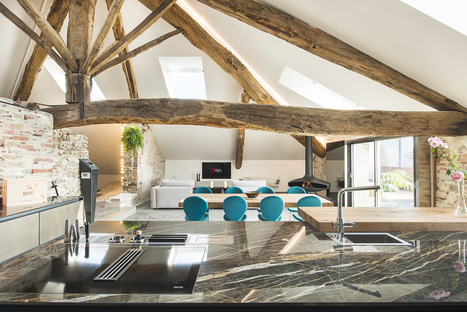 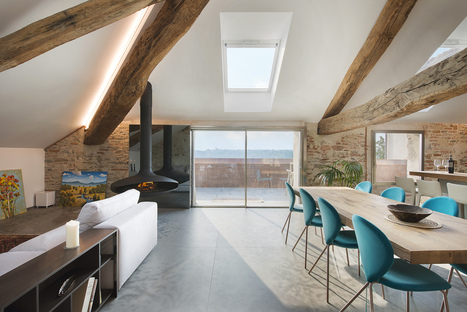 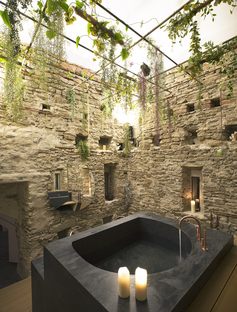