Building with respect for the location and its traditions is one of the keys to the latest project of the studio founded by Leopold Banchini. The shelter in Marra Marra Creek, Berowra, in New South Wales, Australia is made entirely of wood, most of it reclaimed, in a tribute to the Darug aboriginal people. 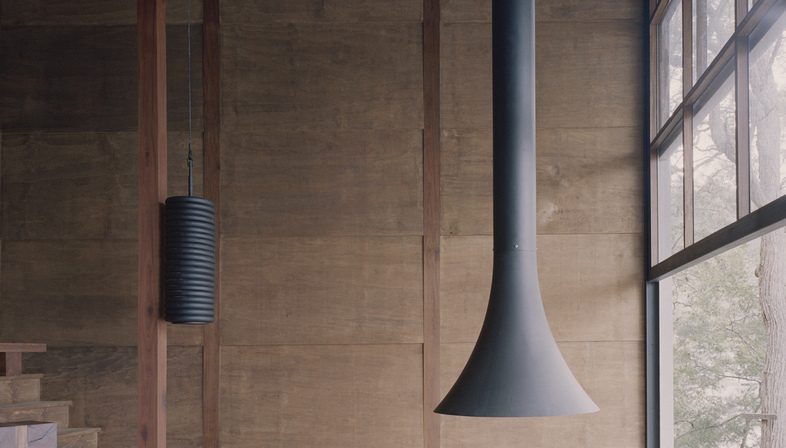 In order to understand the essence of the latest project by Leopold Banchini, an architectural practice that will be known to our readers for projects all over the world standing out for their bold material connotations, it is necessary to look into the history of the place where Marra Marra Shack stands.
Marra Marra Creek is an amazing place for getting away from it all, unplugging and reconnecting with nature, at the mouth of the Dyirabun (Hawkesbury) River not far from Sydney. Surrounded by Marramarra National Park, the enclave has been accessible only by boat at high tide ever since Captain Cook came here in 1778, in the days when the area was populated only by Darug aborigines.
Nothing has changed since then, but on the other hand, everything has changed: the British colonised Australia, building a network of roads and electrical lines all over this vast country. Electrical posts made from some of the best local hardwoods were then gradually replaced by steel poles, leaving behind a legacy of wood that was still perfectly usable.
After analysing the site, the architects of Leopold Banchini opted for easily obtainable materials with a low environmental impact, preferring those of local origin. This is why Marra Marra Shack is made entirely of timber; only the façade is covered with thin sheets of fire-resistant fibre cement. The architects used wooden pillars reclaimed from electrical posts that had been used by the British for 200 years, giving new life to the Ironbark wood (Eucalyptus crebra), while Spotted Gum (Corymbia maculata) trees growing in the Darug were used to make the beams of the ceiling and floor and the furnishings and trim were made out of reclaimed turpentine wood (Syncarpia glomulifera) from the old jetty built by the settlers on the banks of Dyirabun Creek.
The foundations are anchored to the sandstone below them, in a solution that makes heavy concrete foundations unnecessary, minimising the impact on the site and the number of tradesmen and machines required to build the shack.
The “off-grid” location means the home has to be independent, with solar panels on the roof and collection and storage of rainwater to make it completely self-sufficient.
The Marra Marra Shack has a stepped longitudinal section, with a tightly arranged structural grid acknowledging the steeply sloping site on which the house stands. The interior of the dwelling is entirely focused on a single large north-facing window overlooking the edge of the creek, forming the fulcrum of the architectural composition. The window is split in half and can be hoisted upwards using counterweights to establish intense visual interaction with the landscape outside, so that it becomes an integral part of the tranquil timber-lined interior space with its vaguely nautical atmosphere. Two small rooms open onto a patio sheltered against the wild nature surrounding the shack. There is of course a rooftop patio with a spectacular view over the treetops.
In the Marra Marra Shack project, Leopold Banchini Architects once again confirm their sensitivity to location and pay their respects to the aboriginal cultures reflected in the spirit of the place, producing a lightweight, harmonious architecture. 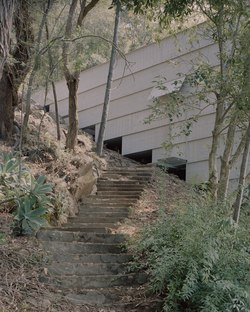 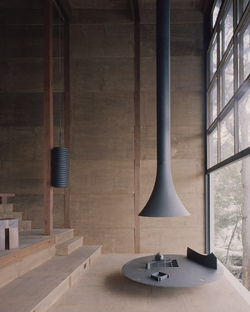 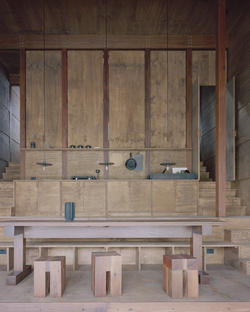 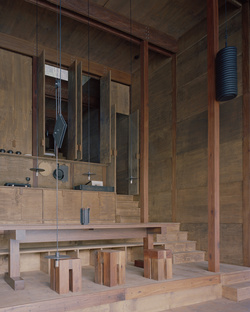 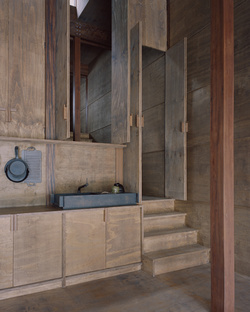 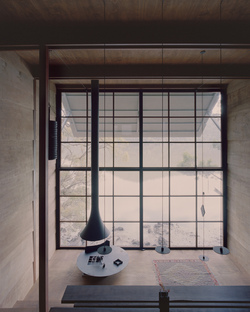 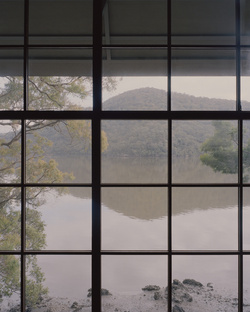 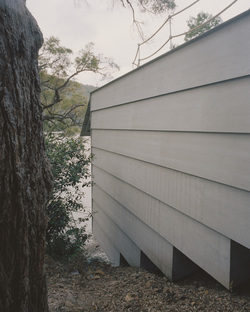 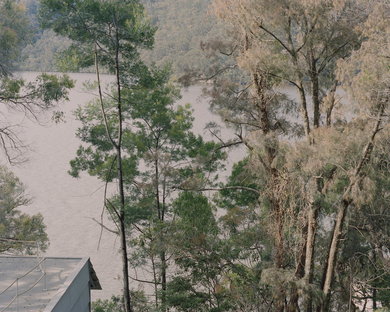 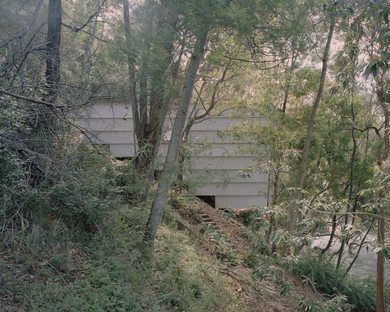 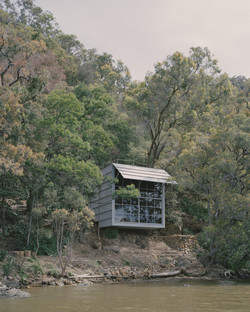 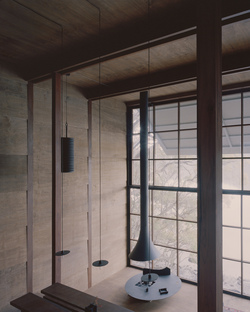 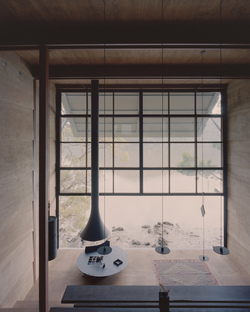 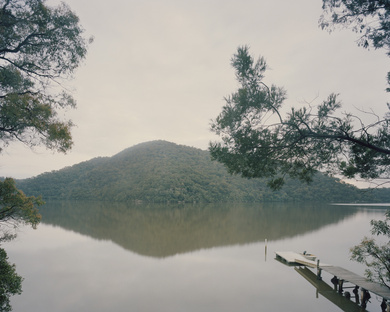