A house created to draw inspiration from its surroundings, the Andes Mountains in Ecuador: this is Selva Alegre, a residence designed by the Leppanen Anker Arquitectura studio based in Quito. The idea is to propose a modern version of the historic Spanish hacienda, built using sustainable materials. 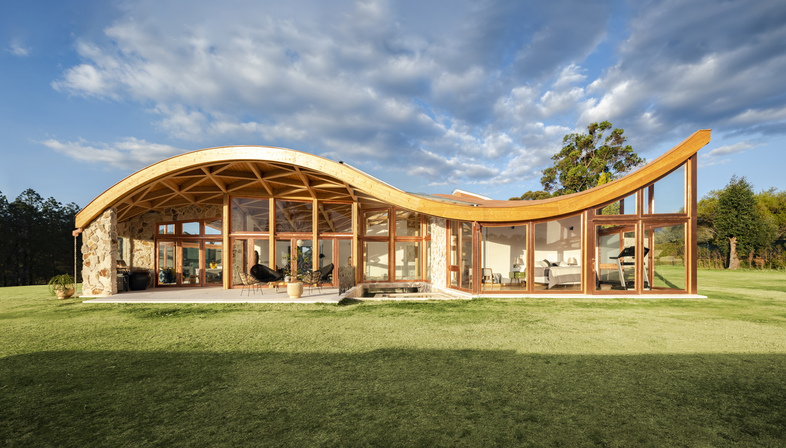 Selva Alegre, designed by the Leppanen Anker Arquitectura studio is a beautiful and sustainable architecture that seems to rise up from its natural context, the Andes Mountains in Ecuador. Since their founding in 2012, the architects of the Quito-based Leppanen Anker Arquitectura studio have distinguished themselves through "a strong interest in developing spatial experiences through the fusion of contextual, cultural, sustainable and formal influences." All this, using the latest parametric technologies and the prefabrication of a sustainable and renewable material such as wood.
But let’s take a closer look at Selva Alegre. The residence is a weekend retreat, a place to bring families and friends together reinterpreted in a contemporary key by the architects, yet building on the long tradition of the historic Spanish hacienda that dominates the mountainous landscapes from Colombia to Peru and was meant to bring families and friends together. Clearly, a majestic environment like that of the Andes Mountains calls for an equally important approach, starting with the materials, but also the form, and in particular the roofs. Details that had been sacrificed over time, often resulting in modern, anonymous architecture, functional boxes, yet characterised by a "lack of perspective", as the designers from the Leppanen Anker Arquitectos studio explain in their press note, reiterating that the "concept was to return to the roots of the hacienda in terms of form and materials. Bring back the use of wood, stone and clay, but with a contemporary mindset."
A decision which, in Selva Alegre, translates into a result of great visual impact that goes hand in hand with the containment of the ecological footprint of the intervention, covering approximately 450 square metres of space structured in a hexagonal shape.
The design incorporates a number of passive solutions, such as the open-air roofline that enables the use of the chimney effect and allows natural air flow throughout the house, without the use of special systems. In addition, the swimming pool located in the centre of the house helps create a good internal microclimate, where the various spaces all face the outer perimeter to benefit from the beautiful views. But the element that helped to reduce CO2 emissions was the use of wood. Unfortunately, the local industry is not yet developed enough to allow for a quick construction of the house. As the architects of the Leppanen Anker Arquitectos explain: "The original intent was to source the wood locally, but the lack of a sustainable forest industry in the region produced alternative searches. This led us to northern Europe where prefabricated timber systems proved to be the answer." A choice that made it possible to shorten the construction timeframes.
Selva Alegre’s wall and roof structures are therefore made of European spruce, as is also the case for the interior ceiling, while local white and beige stone and laminated glass were used for the exterior. The roof covering, on the other hand, consists of locally produced 10 by 10 cm clay tiles. The furniture, on the other hand, has been supplied by local manufacturers and traders, resulting in rooms characterised by an inviting atmosphere.
Selva Alegre by the Leppanen Anker Arquitectos studio is a balanced and harmonious architecture which, not least because of the forms and materials chosen by the architects, becomes a complementary element to the mountains that surround it, allowing for an optimal and conscious enjoyment of the majestic Andean landscape, with its unique light and scenic views. 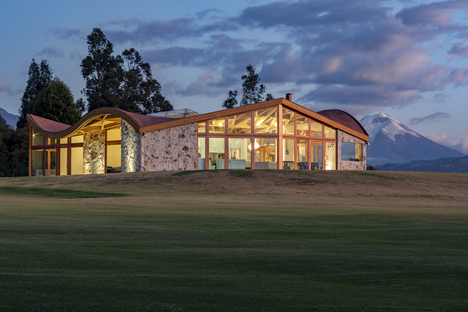 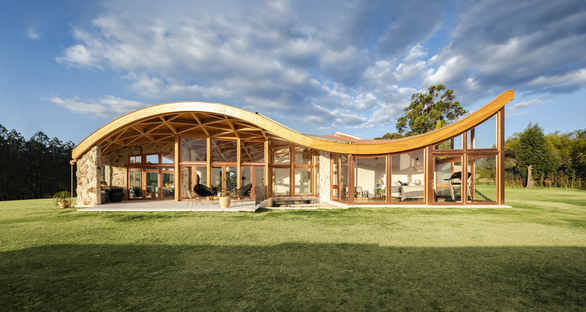 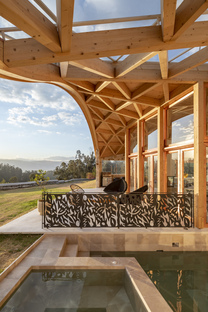 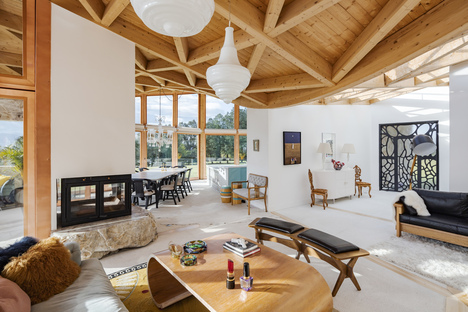 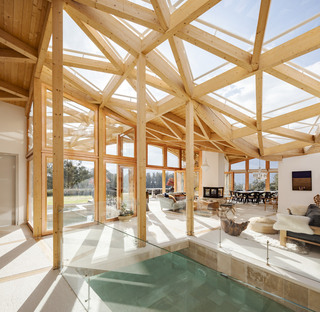 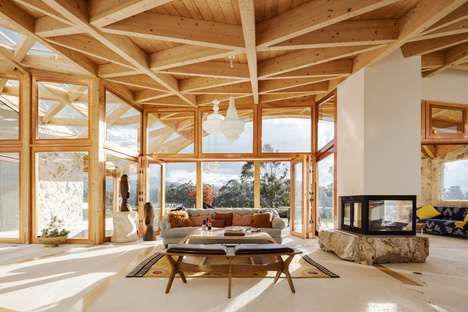 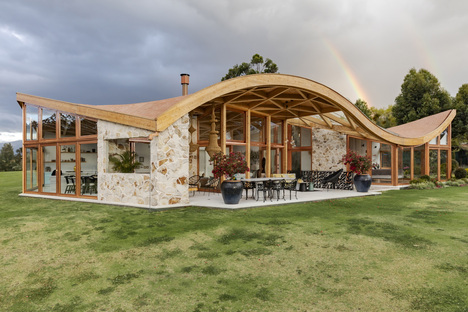 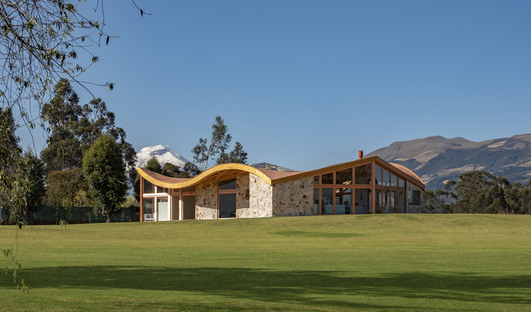 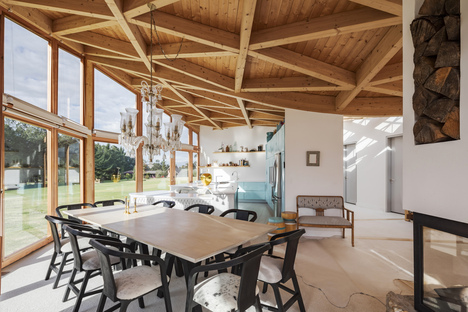 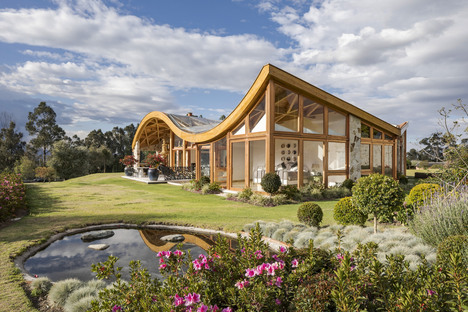 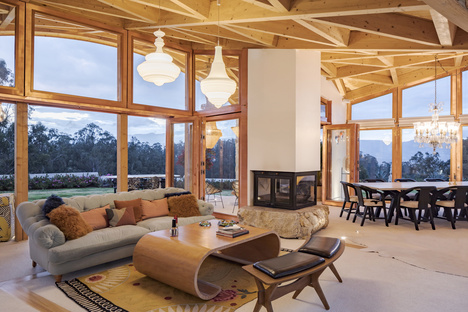 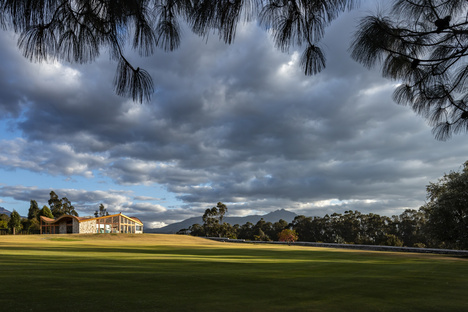 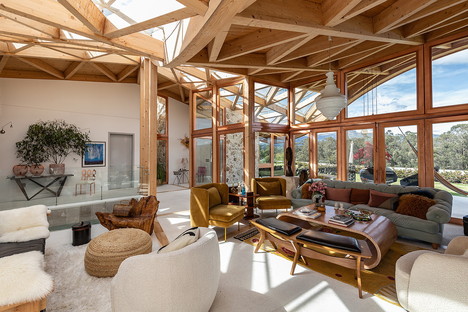 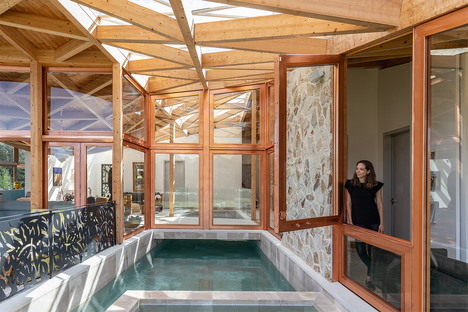