Tortona, crossroad for the motorway and railway networks, midway between Milan and Genoa, is home to some cultural gems built in the 20th century: two large storage sheds with parabolic roofing designed by engineer, Pier Luigi Nervi, which Livegreenblog visited with photographer Gianluca Giordano. Tortona, crossroad for the motorway and railway networks, midway between Milan and Genoa, is home to some cultural gems built in the 20th century: two large storage sheds with parabolic roofing designed by engineer, Pier Luigi Nervi, which Livegreenblog visited with photographer Gianluca Giordano.

Industrial archaeology has followers from all over the world and Livegreenblog had the opportunity to enter inside one of the many architectural treasures hidden in the Italian territory - the salt warehouses in Tortona, designed by Pier Luigi Nervi, engineer and architect, between 1950 and 1951 for the Government Monopoly. The operation redeveloped a former steelworks (Anonima Ligure Fonderia Acciaio - A.L.F.A.) on an area of about 103,000 square metres; about 50,000 square metres of this was developed. 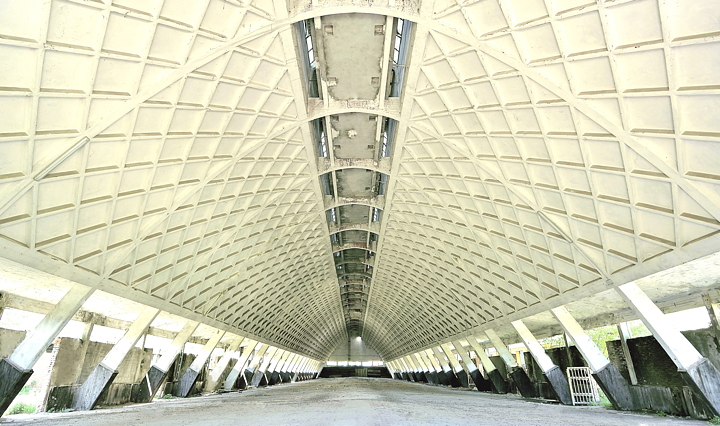 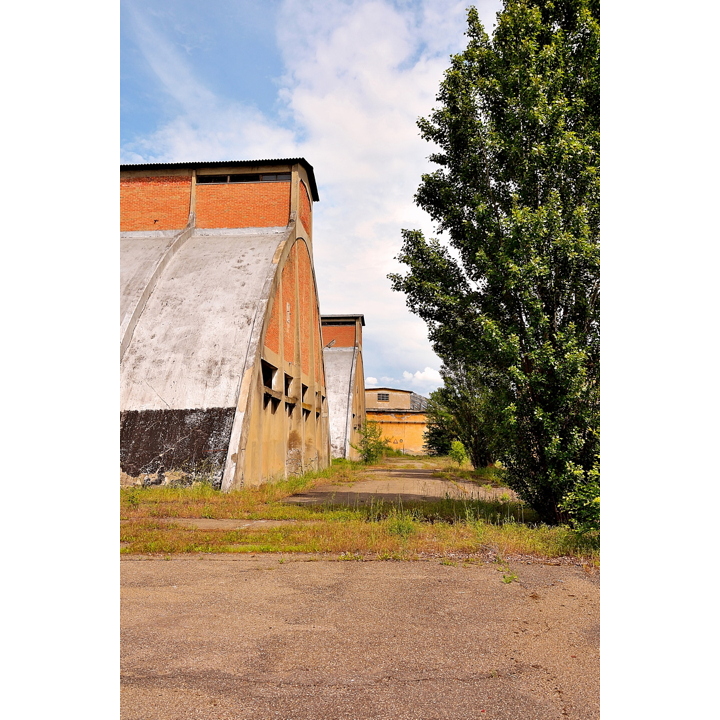 An example of post-war reclamation of existing buildings showcasing sustainable awareness long before this officially came into existence; the two warehouses with parabolic roofs clearly stand out as a manifesto of Pier Luigi Nervi's engineering art, with eye-catching shapes and acting as testimony to the constant attention paid to the relationship between form and structure, between architecture and engineering, between the ethics of the costs and the aesthetics of the construction. Radical architecture made possible thanks to the use of reinforced concrete. 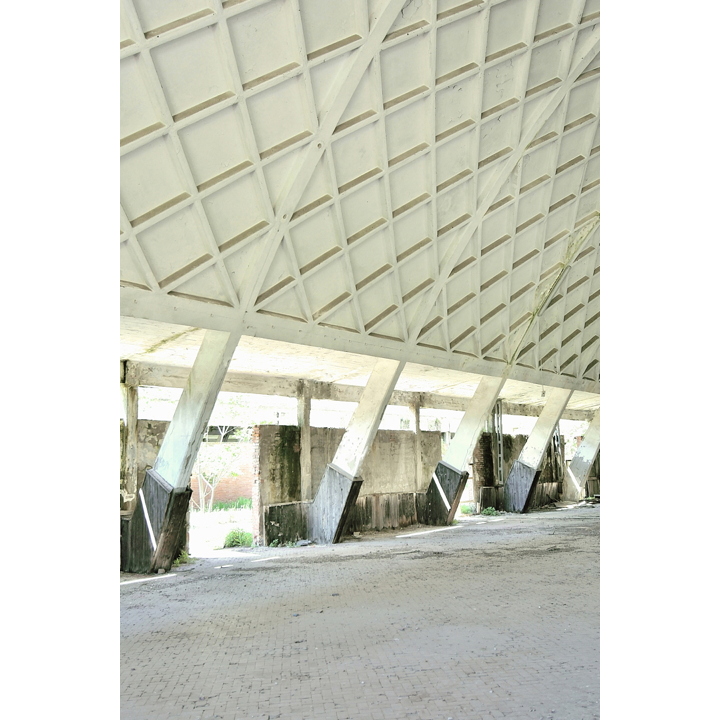 Even now, 60 years down the track and ten years since they were abandoned (the Government Monopoly decommissioned the buildings, the two paraboloids are listed and the buildings are now on sale), the constructions designed by Pier Luigi Nervi are truly striking and emotional to look at - something we discovered for ourselves during our visit when normally locked doors were opened, and that you can see in Gianluca Giordano's unpublished photos. 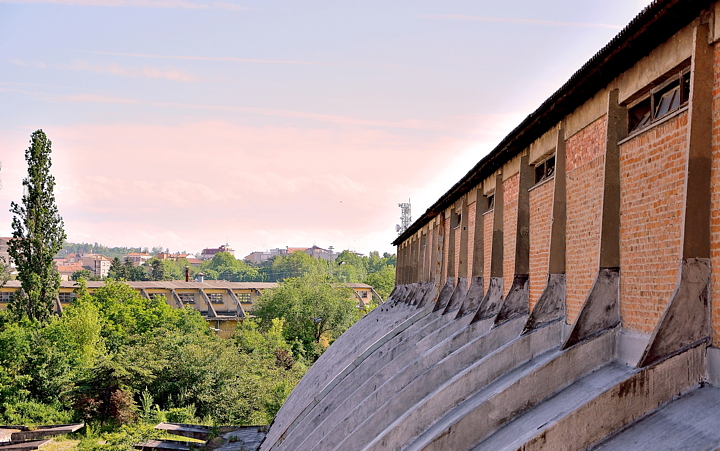 A tribute to a masterpiece of post-war Italian industrial architecture, so strategically located that it suggests the creation of an intermodal hub inspired by green technology with residential buildings and a community park.
For now Pier Luigi Nervi's constructions in Tortona are waiting for a future redevelopment of the area. Who knows what suggestions might be made by Nervi himself who “had the daring of an engineer, the imagination of an architect, the concreteness of a businessman” ("Pier Luigi Nervi e l'architettura strutturale", Edilstampa, Rome 2011). 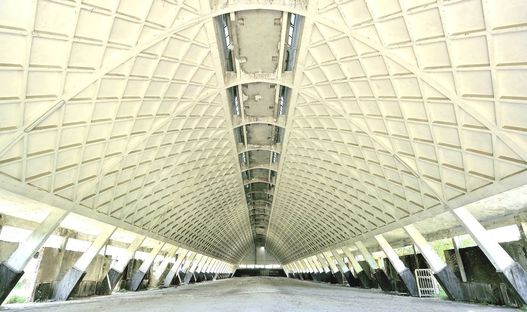 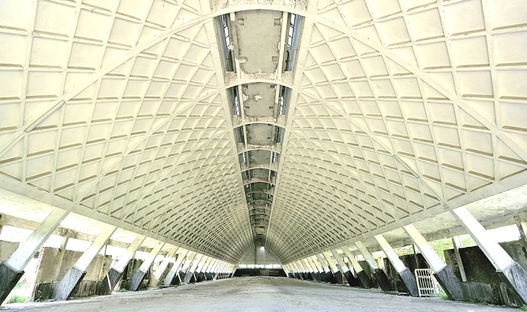 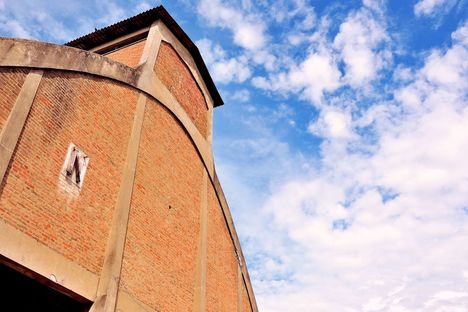 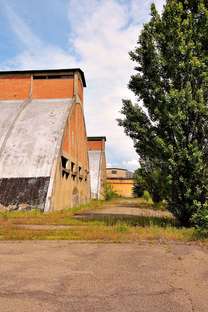 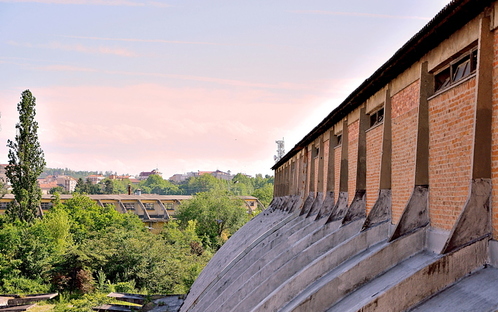 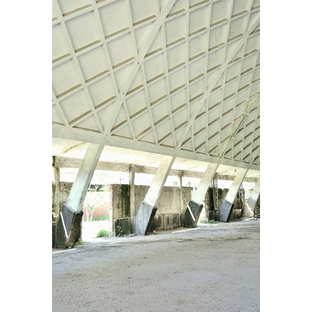 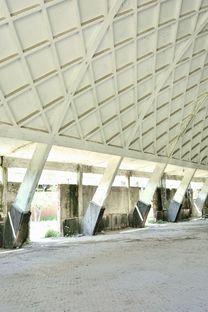 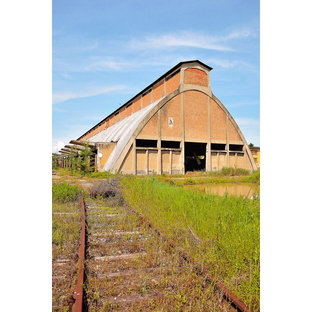 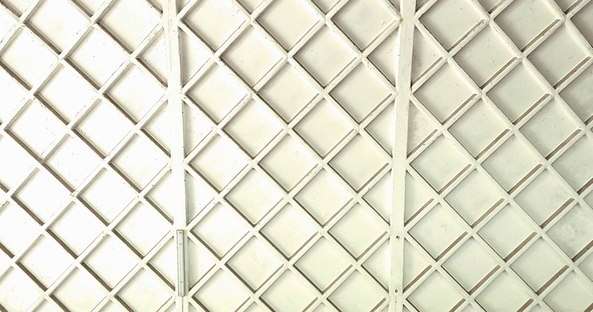 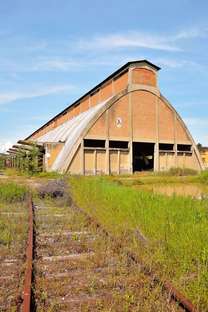 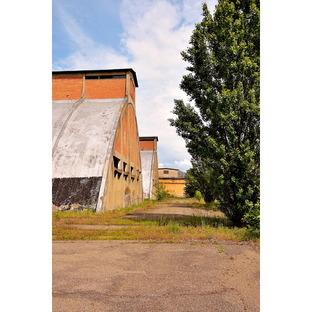 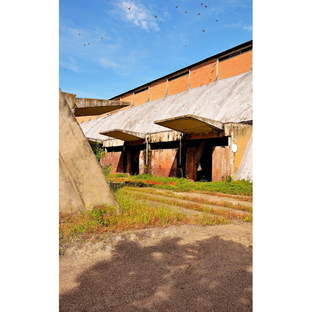 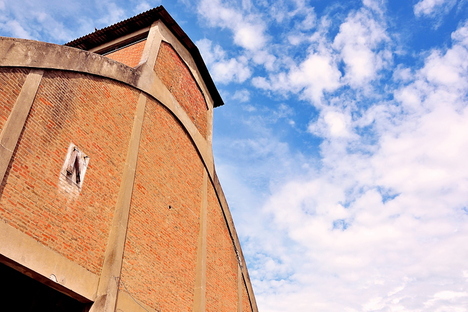 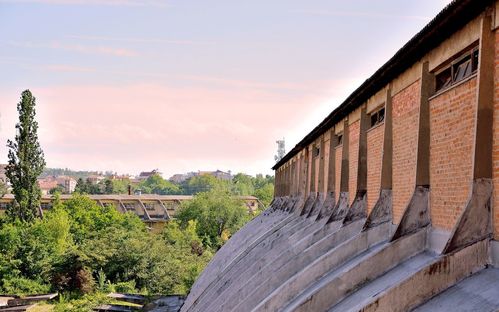 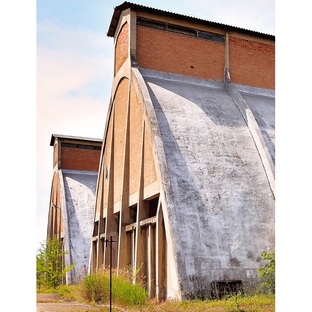 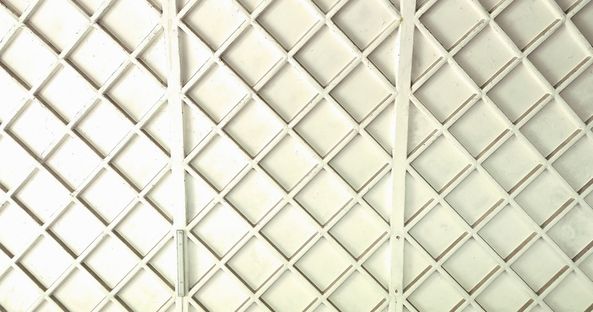