Genoa, aka "la Superba" (the proud city) has a new urban attraction designed by the architectural firm OBR. 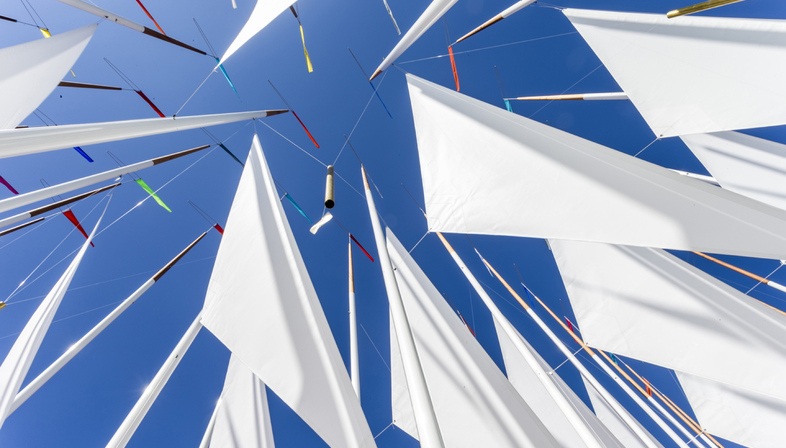 Genoa, aka "la Superba" (the proud city) has a new urban attraction designed by the architectural firm OBR. An architectural and artistic installation that underscores the Ligurian capital's ties with the sea and decorates the large square in front of the exhibition centre, where the renowned International Boat Show takes place every year.


Genoa has been reclaiming its waterfront since 1992 when Renzo Piano redeveloped the original old harbour area - the Porto Antico - as part of the celebrations commemorating the 500th anniversary of the discovery of America by Genoa-born, Christopher Columbus. This completely reopened access to the waterfront from the old town, which had been locked out of the port zone for years and years.
The most recent work by Paolo Brescia and Tommaso Principi's architecture firm OBR s called “Piazza del Vento” or wind square and the concept was inspired by the ideas of Renzo Piano, also in the kind of work that adds real value to a large space between Genoa's exhibition centre and the sea in the Foce zone. The installation was opened in September during the 57th International Boat Show. It is formed of fifty-seven, 12-metre tall red cedar and white steel masts, topped with coloured wind vanes and sporting white jibs. The installation was commissioned by UCINA, Italy's professional association of the yachting industry to leave a permanent legacy of a temporary event for the city and its citizens.
However, the Piazza del Vento isn't just an iconic reference to the world of boats - in the past the true vocation of Genoa - it also incorporates other art installations. So, nineteen brass rods hang in the middle of the masts in "Piazza del Vento" by OBR making up the "Melodie Mediterranee” sound field installation conceived by Enter Studio, Matteo Orlandi and Roberto Pugliese. The idea was to capture the sound of the wind and returning the musical chords of the Mediterranean, using these brass rods of different lengths, which have been "tuned" to a musical scale that was called the "Mediterranean Scale" for the occasion.
The artwork called “A.mare” curated by Artkademy and the brainchild of the poet and street artist, ivan (Ivan Tresoldi) was performed during the opening ceremony of the Piazza del Vento. Here, anamorphosis meets poetry in the creation of an inclusive artistic environment and a poetic atmosphere that makes the wind its subject: “Chi getta semi al vento farà fiorire il cielo” (He who throw seeds to the winds will make the sky flourish).
Who knows if the sky will flourish, but one thing's certain - thanks to OBR, the city of Genoa now has a new landmark and an urban square that is closely connected to its seafaring identity. 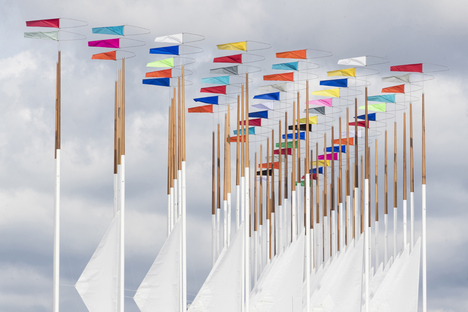 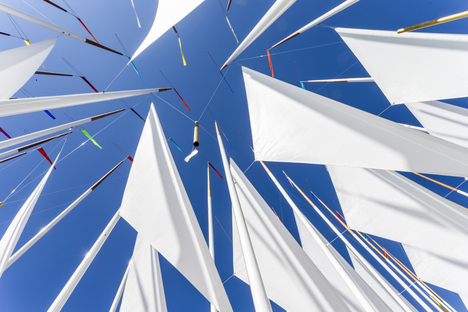 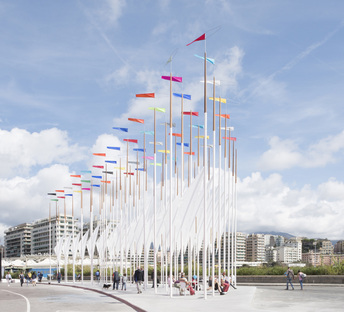 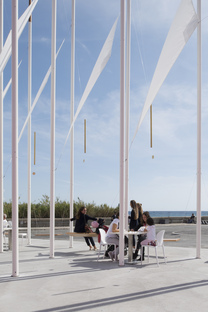 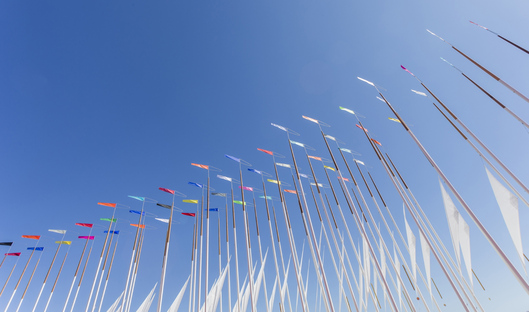 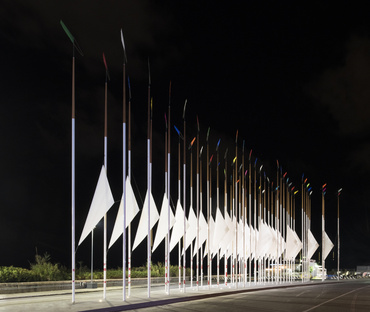 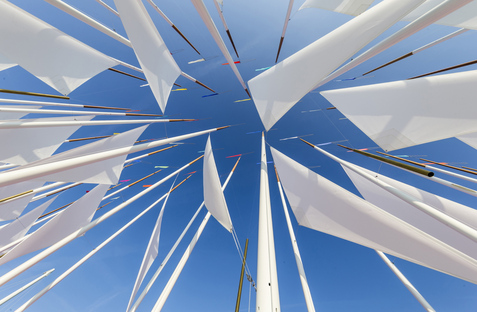 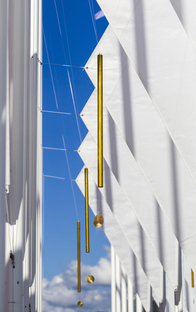