In Toulouse, the Place Saint Sernin reorganisation project by Barcelona-based BAU brings public space back into the historic centre of the French city. This intervention, begun in 2015 and completed in 2020, where cars give way to trees and benches, is among the finalists for the European Prize for Public Space 2022. 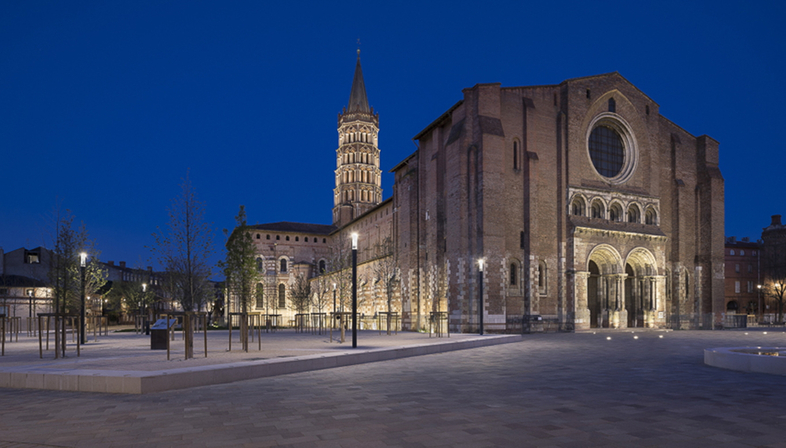 We continue our in-depth examination of the finalist projects of the prestigious European Prize for Public Space 2022.
The Basilica of Saint-Sernin, a masterpiece of Romanesque art, is one of Toulouse's most emblematic and most visited monuments. A stopping point on the Pilgrim's Way to Santiago, it was declared a World Heritage Site in 1998. A deserved title due to the great value of the architectural monument.
However, its position in the urban fabric did not enhance it, as it was in the middle of a large car park with a small garden. The little green area is not even accessible to the public, making it impossible to stroll around the monument. Moreover, the other important adjacent institutions, such as the Musée St Raymond, the Hôtel du Barry, the Lycée Saint Sernin and the Bourse de travail, were not well connected. On the part of the municipality, there was a desire to call for an urban intervention that would create a pleasant place to visit, where one could also relax and stay. Therefore, the request was to come up with a renovation of such an important public space so that it would be exemplary in all areas of design, i.e. in terms of sustainable development, biodiversity protection and society.
Hence the simple proposal of the BAU studio in Barcelona was translated through materials and the recognition of the local urban and architectural heritage. In other words, the design basis for reactivating a public space that had once disappeared, recovering its morphology and containing different uses, including being a meeting place for citizens.
Those solutions all stemmed from an initial citizen consultation, which began in September 2016 and gathered more than 150 contributions from residents, associations, enthusiasts and visitors, followed by numerous sharing meetings with the inhabitants of Toulouse. Thus, before the end of 2016, the project was presented to the National Commission for Historical Monuments at the French Ministry of Culture, where it received a favourable opinion. Work then began in 2017 and was completed in spring 2020.
The result has transformed the 18,000 m2 public space surrounding the Saint-Sernin Basilica while maintaining the different characters and atmospheres already present. The designers of the BAU studio chose to use natural stone paving of French origin to preserve an image consistent with the urban space. A decisive factor was the inclusion of a circular fountain, which now serves as a meeting point and, together with the newly planted trees, contributes to considerably improving the square's microclimate. In addition, leaving part of the surface in gravel allowed for more efficient stormwater management and still left the freedom to play boules.
In conclusion, we can say that thanks to the intervention of the BAU studio, the historic centre of Toulouse has gained, both in terms of connections with the context and in the quality of social life. All that is thanks to the new pedestrian and green paths, helping the citizens and visitors to enjoy such a monument in peace. Now the people have a place to meet, relax and take the children to play without the threat of traffic, which is a beautiful gift to the inhabitants, especially in a densely populated area with few public parks.
For this very reason, the jury of the European Prize for Public Space 2022 included it among the five finalists for the award. 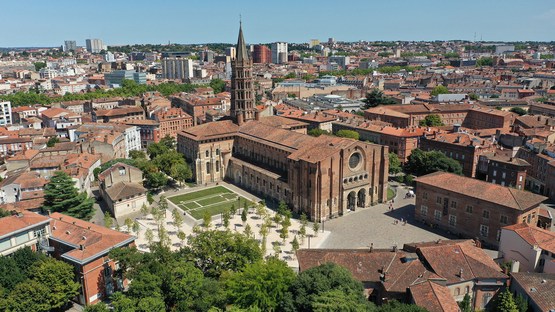 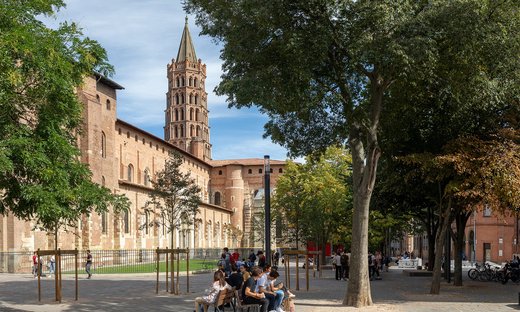 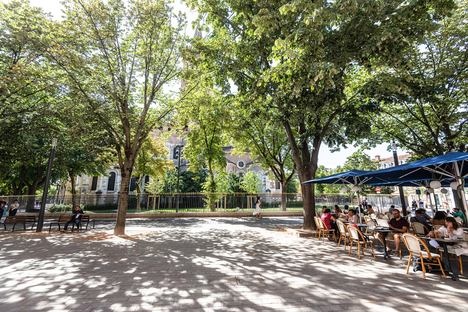 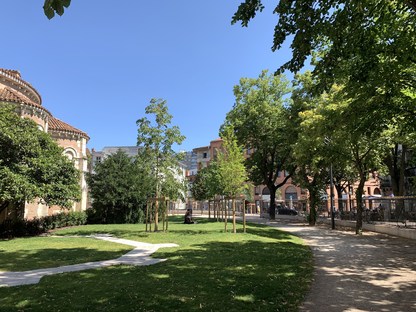 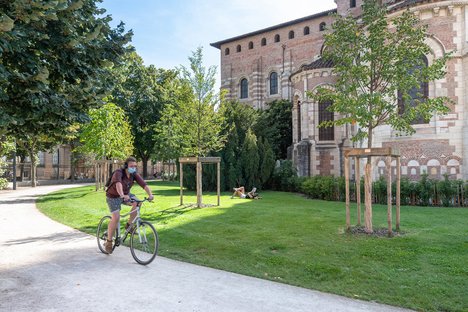 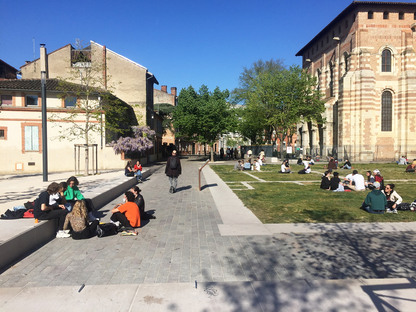 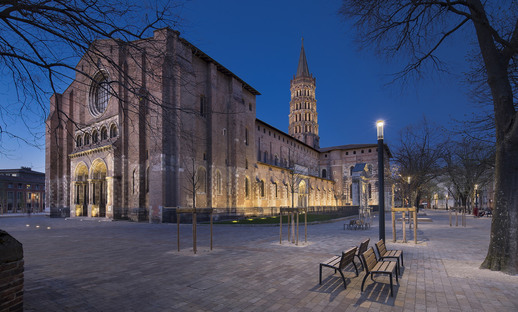 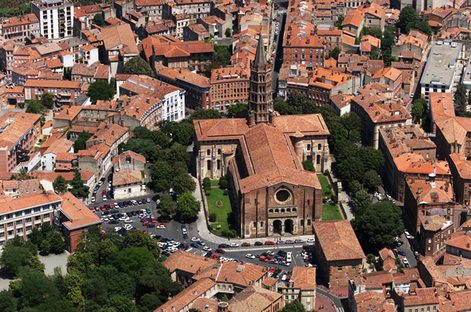 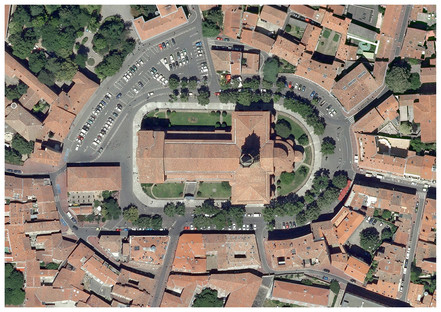 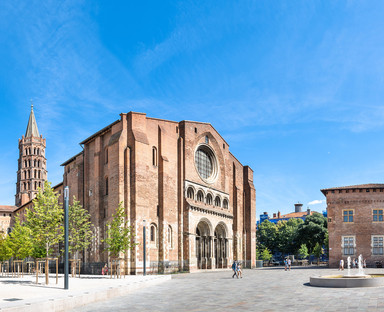 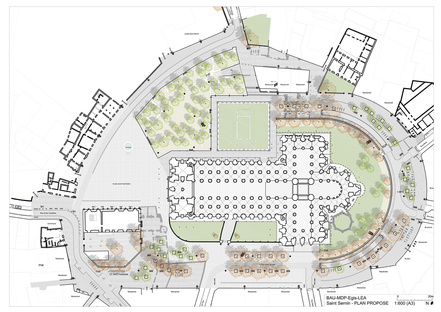