Architect Cino Zucchi has designed Nuvola Lavazza as the new headquarters of the famous coffee company by redeveloping the disused area of the former power station in Turin's Aurora district. 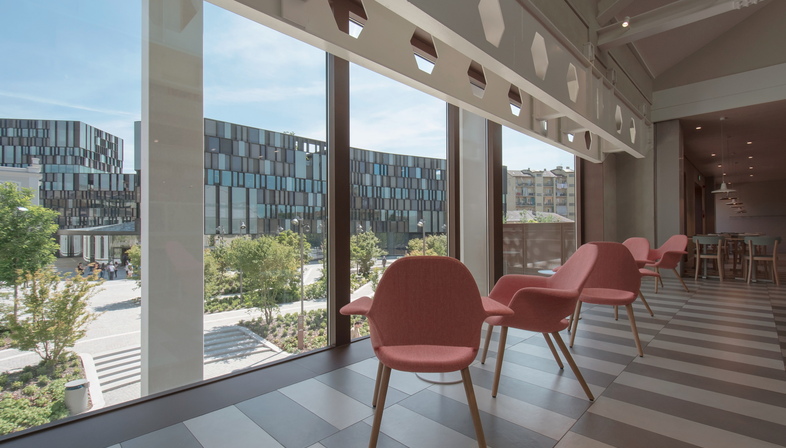 Architect Cino Zucchi has designed Nuvola Lavazza as the new headquarters of the famous coffee company by redeveloping the disused area of the former power station in Turin's Aurora district. A large, flexible environment where creativity is produced instead of electricity.


The Nuvola Lavazza - Lavazza Cloud - designed by the architect Cino Zucchi, covers 30 thousand square metres, giving a new, improved and smart feel to the Aurora district, just a stone's throw from the historic company headquarters in Via San Tommaso 10, where Luigi Lavazza began his adventure as a roaster 120 years ago. Aurora, one of the largest and oldest working-class districts of Turin, has received, thanks to this project carried out by the renowned company, a new input for urban regeneration, starting from the former power station.
Cino Zucchi's project is designed to inspire people, mobilise energy and trigger interaction, providing experiences of cultural, social, taste and business sharing. In addition to the company's offices, it houses the Lavazza Museum, a bistro in collaboration with slow food and a gourmet restaurant designed together with the famous Catalan chef Ferran Adrià.
Besides the architecture, a new public square - Piazza Verde - has been created between Via Bologna, Via Ancona and Corso Palermo. A place open to the general public that contains, like an embrace, the various components of Nuvola: sustainable buildings, new buildings and old, fully-renovated facilities which retain their heart and soul; trees, plants and benches that welcome and accommodate.
Social and environmental sustainability was one the major themes of Nuvola Lavazza and the design options adopted that aim at saving energy and resources mean it has been recognised with the highest environmental certification, namely LEED Platinum. This sustainable approach also includes Lavazza's decision to move to its new “Nuvola” premises, to sell the furnishings in the old office at symbolic prices, in order to relocate them and avoid waste and disposal that would have a negative impact on the environment.
In general, Lavazza is very attentive to the impact its actions can have on the territories of its operations. Hence  Community Engagement programme aimed at improving the social, cultural and environmental context of local communities. In the case of the Aurora district, these cooperative relationships have led to a redevelopment project, “I Luoghi del Bello” (The Places of Beauty). An initiative originating from the collaboration with the city's District 7, in partnership with the ASAI, CleanUp, Tèkhné and Torino Spazio Pubblico associations.
“I Luoghi del Bello” is a project that celebrates Lavazza's roots in the community which it has been an integral part of since 1895. The project involves citizens of different age groups, encouraging intergenerational encounters on environmental issues, social integration and fostering relations.
The main initiatives undertaken involved children from local schools, the elderly and volunteers from the various associations, who among the many projects carried out have also upgraded public flowerbeds by introducing botanical species suitable for colonising butterflies. An active contribution from an enlightened client aimed at improving the quality of urban life where even a small action can make a difference. 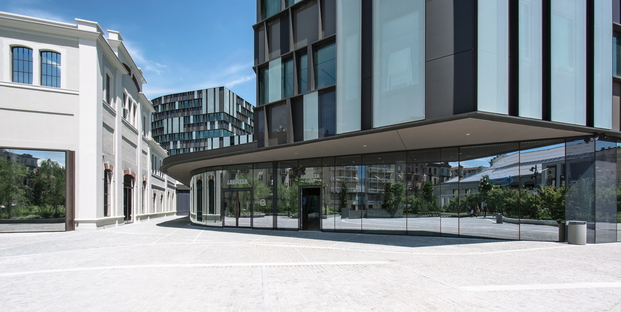 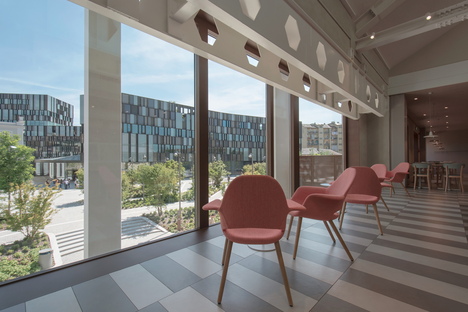 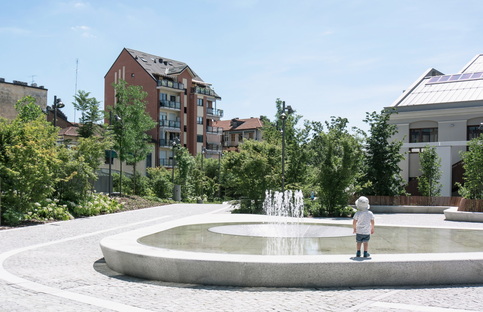 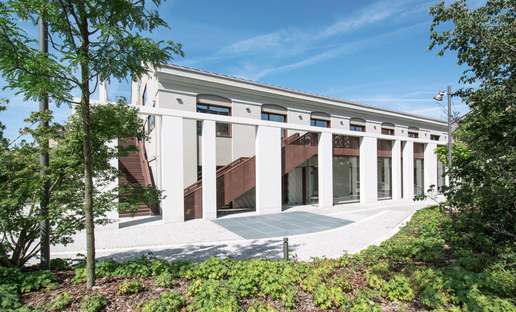 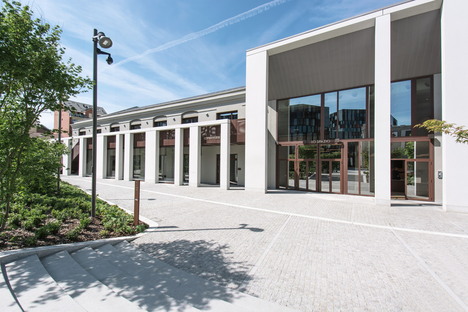 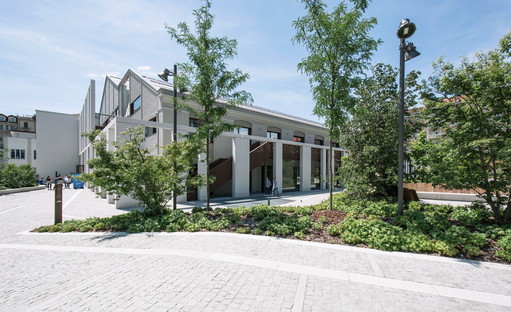 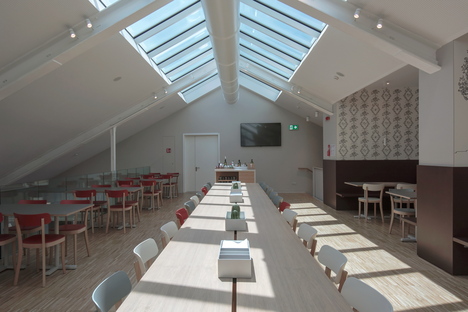 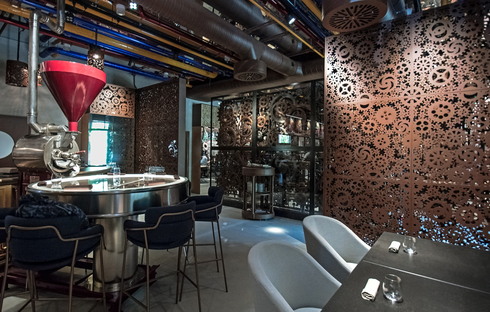 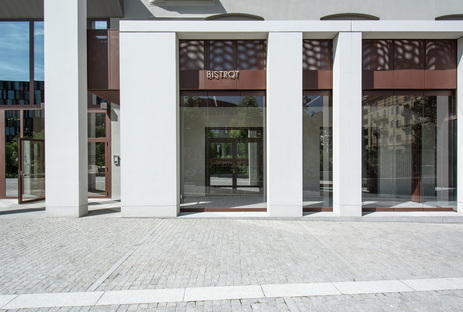 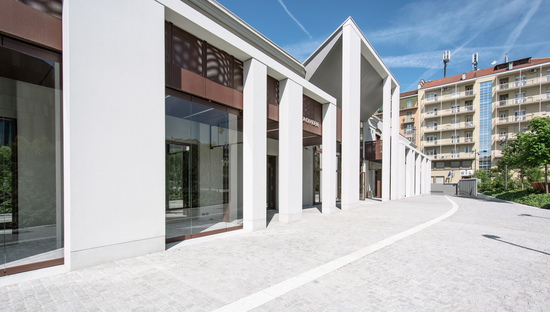 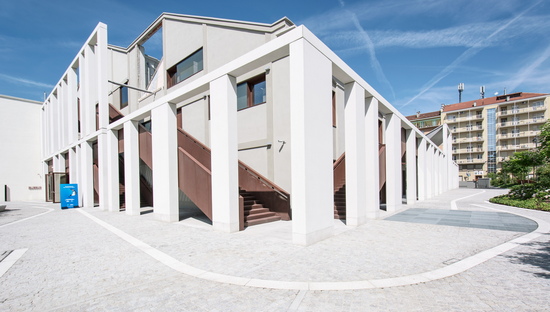 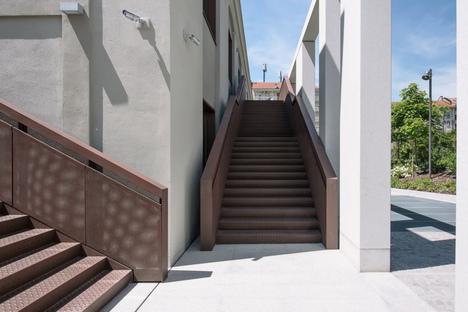 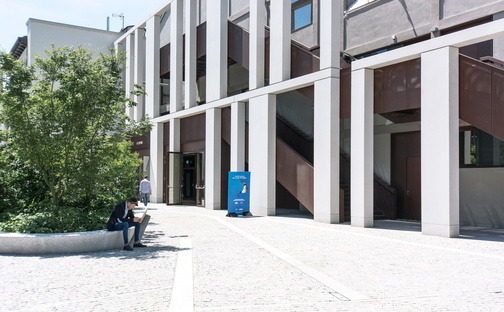 Away from the Fuorisalone. Milanofiori Nord at Assago