As anticipated, we are pleased to present the second project completed in Italy by Spanish creative studio Masquespacio - led by Ana Milena Hernández Palacios and Christophe Penasse - this time in Turin. Bun’s Turin branch is the latest addition to the Milan-based chain, which has used inviting colours in all its restaurants to create a welcoming atmosphere. 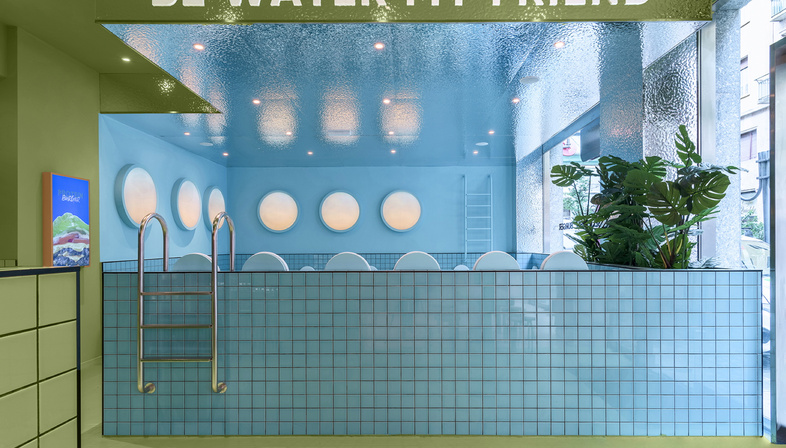 After so many long months of not being able to eat out at restaurants, instead having to settle for takeaways and deliveries, lovers of good interior design will be delighted to learn that a charming new restaurant recently opened its doors in Turin. The space is the work of creative studio Masquespacio, headed up by Ana Milena Hernández Palacios and Christophe Penasse.
After the Spanish duo’s successful collaboration with hamburger chain Bun for their location in viale Bligny, Milan, the decision was made to expand to Turin with a new branch located within an existing building in via Amendola, right in the heart of town and just a stone’s throw from Piazza San Carlo. As such, the building’s three vast shopping windows flood the interiors with natural light, illuminating them abundantly whilst also establishing a visual dialogue with the pedestrian street outside. This particular spatial conformation led to the decision to work with three colours, one for each area that faces the street.
Ana Hernández, creative director of Masquespacio, explains: “The idea to play with one colour for each window creates a visual effect from the outside that makes the spectator from the exterior walk from one visual world into the other, travelling through different experiences in the same space”.
In the Turin location, the already iconic green colour from Bun - as previously used in Milan - is the one that takes you immediately to the order bar, whilst the pink and blue colours mark out the seating areas where diners can enjoy their meal. Even at first glance, it is obvious that the two spaces are completely different from one another, a decision intended to emphasise the idea of the universe within a universe referred to by Ana Milena Hernández Palacios.
More specifically, the pink space relies upon the concept of sharing by means of a raised section, divided by arches, which is specifically set up to give customers the option of sitting at different levels. The blue zone, on the other hand, adds a touch of fun to the whole experience, giving visitors the chance to enjoy Bun’s delicious burgers in a space that simulates a huge swimming pool. The effect is to make them feel as if they were floating in water.
In line with Bun’s philosophy, which is rooted in sustainability from every possible angle, from the eco-friendly packaging to their plant-based line of Beyond Meat burgers, the seriality of the design elements also plays an important part in making the restaurant recognisable. Indeed, some elements of the décor created especially for the brand by Masquespacio - such as the furnishings and the arches - have been used once again in the Turin branch, alongside durable and easy-to-sanitise materials such as ceramic.
Finally, it is crucial to remember that once again, the design firm’s work used the brand’s visual identity as its foundation - a design signature already implemented in the first Bun restaurant in Milan.
New branches are due to open in Milan in the near future, for which the Valencian duo will undoubtedly strive to use their joyful, colourful approach to integrate Bun’s identity into new and unique spaces. 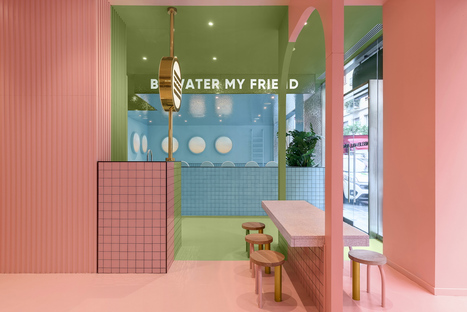 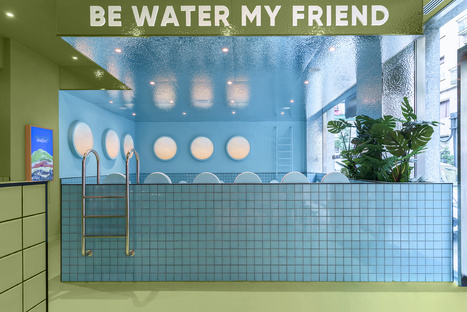 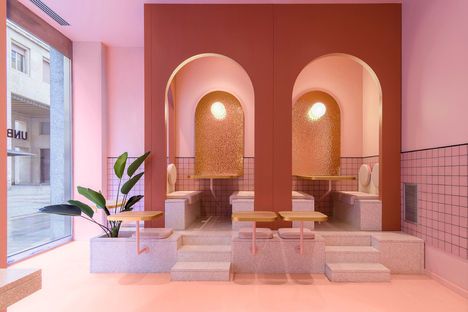 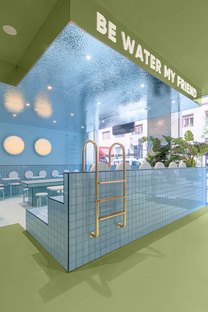 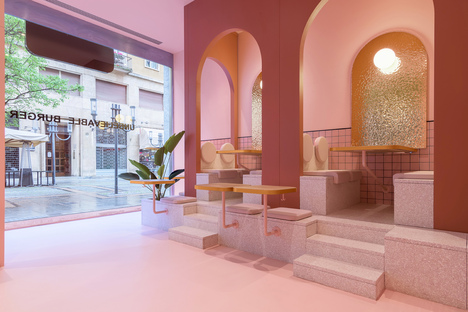 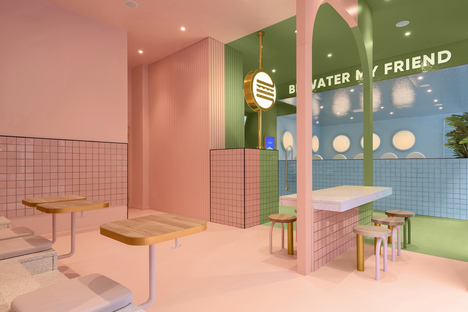 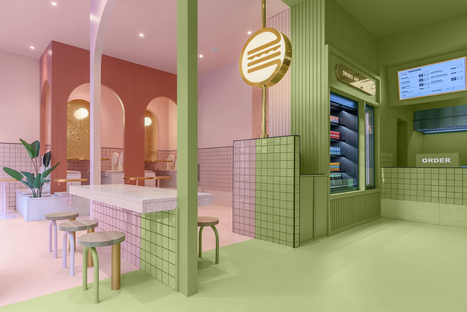 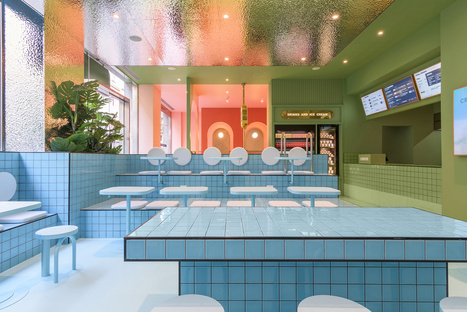 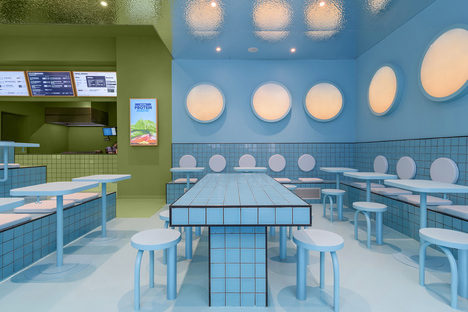 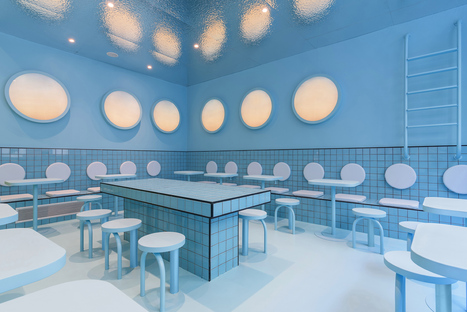 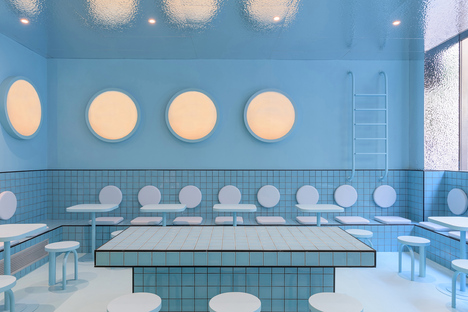 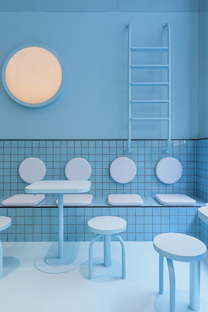