In Birmingham, Two Chamberlain Square is an eight-storey office building with columns and glass façades. Designed by the Glenn Howells Architects (GHA) studio, it is the second building to be completed within GHA’s larger Paradise Masterplan, marking the completion of the first phase of the project. A major milestone therefore for the redevelopment of the English city. 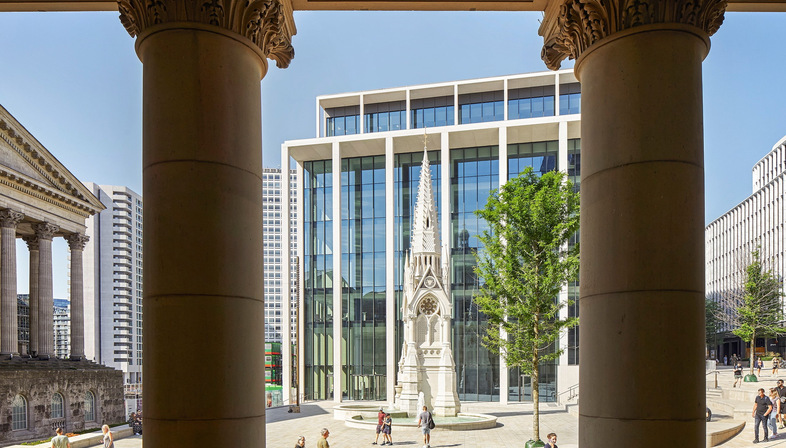 “Where History meets Tomorrow”: this is the pay-off of the Paradise Masterplan in Birmingham. The idea that animates this important urban intervention is the pedestrian transformation of the centre of Birmingham, which will be connected by several walkways to enhance the city’s rich architectural heritage. The new mixed-use neighbourhood also offers a sustainable framework for economic growth, thus playing a key role in Birmingham City Council’s plan. The very same Council which, by 2030, wants to transform the city into a world-class destination.
In total, the Paradise Masterplan, launched in 2008, will encompass three public squares and ten new buildings, including four designed by Glenn Howells Architects (GHA), studio that is also the author of the masterplan. Specifically, the plan includes two office buildings, Two Chamberlain Square and One Centenary Way, a 49-storey residential Build to Rent tower, Octagon, and a 150-bed boutique hotel, designed in collaboration with hotel experts ISA Architecture & Design.
The Two Chamberlain Square building has recently been completed and serves as a key architectural feature in the recently restored civic square which, itself, is surrounded by prestigious 19th century cultural buildings.
The strategy that inspired the GHA masterplan was, in fact, to create a public area not simply limited to placemaking, but which also entails a re-evaluation of Birmingham's history and heritage. This design philosophy is also found in the studio’s newly completed Two Chamberlain Square building, with its total 17,000 m2 area. A volume that directly overlooks the square and the Chamberlain Memorial and, flanked by the town hall, it frames views of the nearby museum and art gallery, all protected architectures. This prominent position occupied by the building strongly influenced the architects’ design choices, giving shape to a contemporary interpretation of the bold façades of the adjacent historic buildings. This is apparent in the elegant and slender columns made in reconstituted stone, or in the portico, which extends to 27 m in height. What’s more, the latter reinforces the idea of civic transformation, playing a key role in the spatial definition of the new public square, to the benefit of the workers and of the visitors who here, on the ground floor, can enjoy various culinary and commercial offers. Finally, the skilful combination of the columns and the continuous glass of the façade help create a marked visual dynamism.
It should be emphasised that the architectural project fits well into Paradise’s overall strategy, as its intent is to improve Birmingham’s urban infrastructure, transforming the city into a greener, healthier, liveable and better connected place. All obviously supported by a thriving cultural landscape. But let’s not forget the aspects related to sustainability: Two Chamberlain Square has obtained the BREEAM Excellent certification, becoming an example of precisely how – nostalgia aside – sustainable and contemporary architecture can extend the accessibility and use of culturally important historical assets for the benefit of future generations. 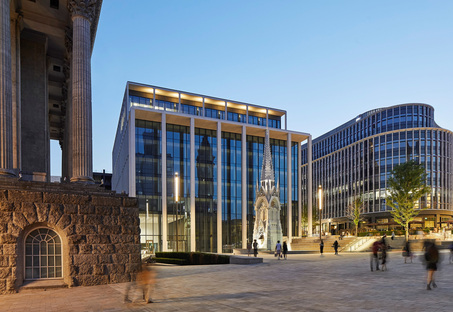 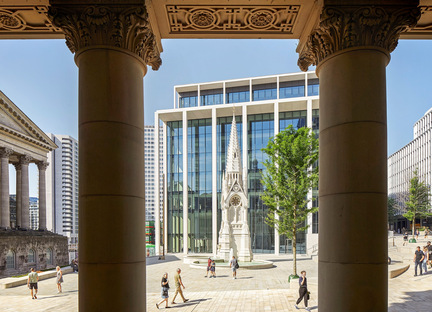 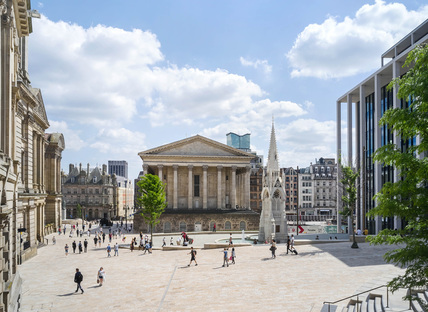 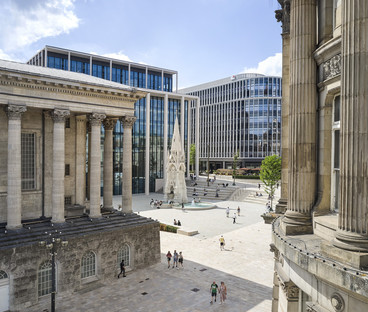 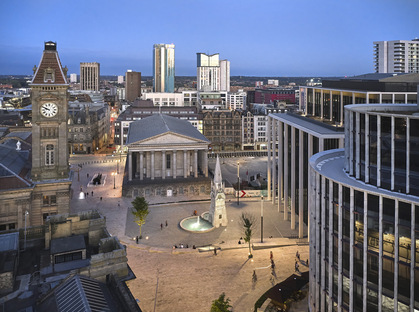 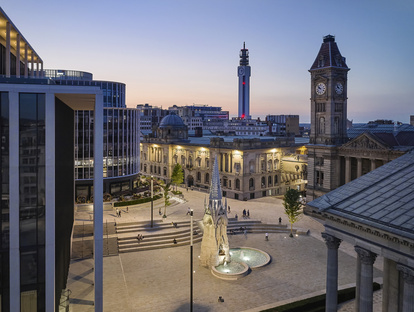 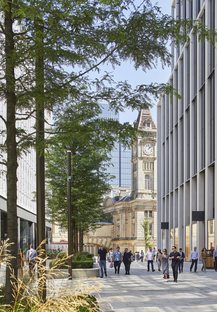 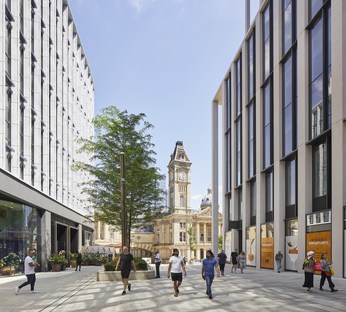 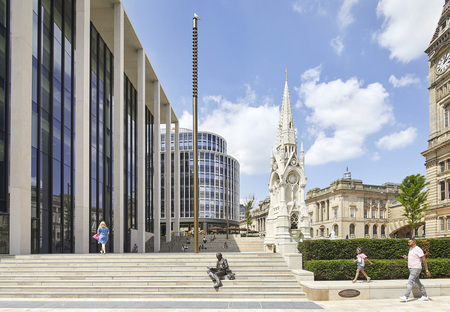 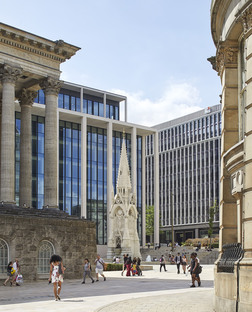 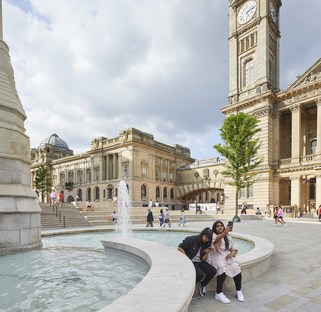 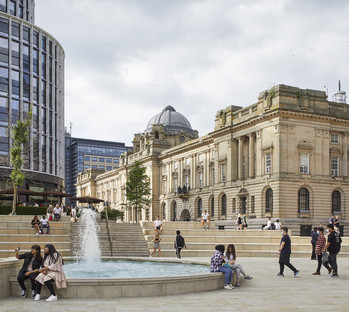 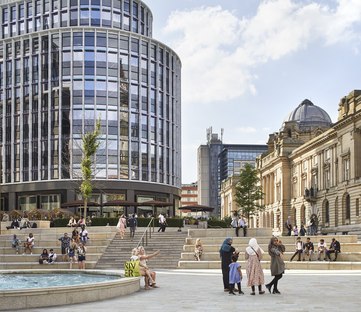 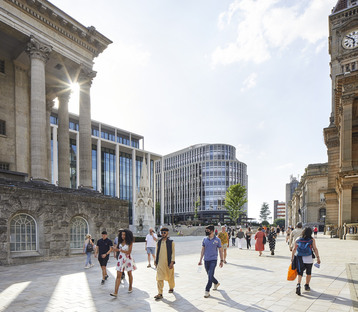 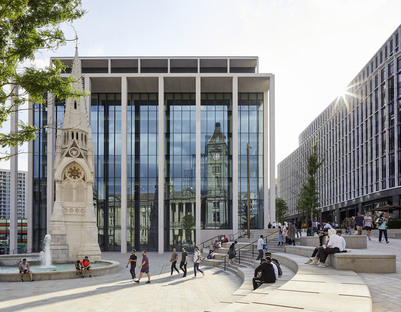 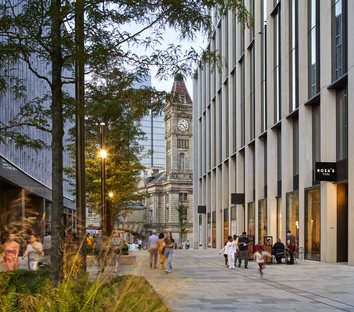 Treetop Walkway at the National Arboretum in Westonbirt