Spending time together, giving children a safe place to play in. 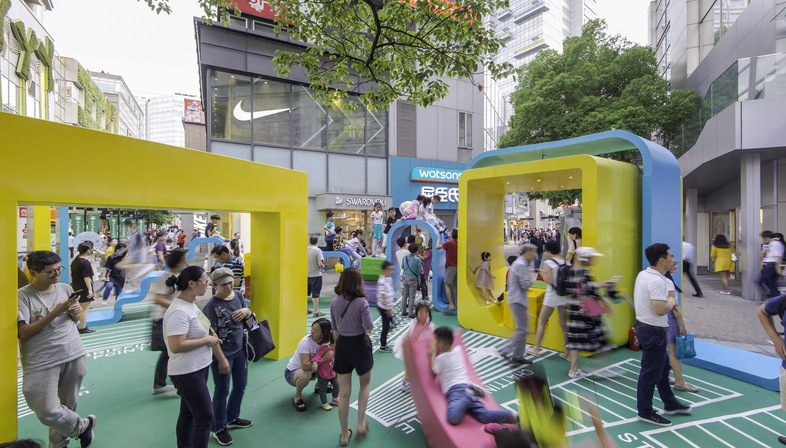 Spending time together, giving children a safe place to play in. Blue Ribbon in Shanghai, by 100architects, is a protected space designed for the fun and interaction of children and adults alike based on a circle shape.


Playing is synonymous with fun and light-heartedness, just think of kids who happily run around the countryside. But real life has a way of taking over and is far from these idyllic images, particularly in urban areas and even more so in megalopolises, where not only do children have very little space to play in, the places they do have are often not very safe.
We are acquainted with the firm 100architects of Marcial Jesus (Chile) and Javier Gonzalez (Spain) and based in Shanghai through their urban projects and street architecture where the team brings together placemaking, street art, urban design and landscaping. One of their most recent works aims exactly at responding to the problem of safe places to play in Shanghai, China's biggest city in with a population of more than 24 million. It is conceptually linked to their project Red Planet (link), a playground and multi-purpose space characterised by a bright red colour that was constructed inside Life Hub @ Daning, a mixed-use development with a 110,000 sq. m shopping mall. Life Hub @ Daning is one of Shanghai's most popular shopping venues, an outdoor retail street that combines shopping with the pleasure of going for a walk.
So Blue Ribbon continues the work of 100architects in the context of Life Hub @ Daning, extending the play offer with a new installation, where the dominant colour this time is blue. A new meeting point for families inside a safe, enclosed area that could be a space for the entertainment and interaction of children and adults alike. This was the crux of the idea to go with a circle as the universal shape symbolising unity, inclusion, completeness and perfection, and which also implicitly encapsulates the idea of cyclical movement. To guarantee this perpetual motion, the design team from 100architects shaped this circle by creating a number of functional topographic profiles that look like a ribbon. This created openings for accessing the central space, seating, mini-amphitheatres, ramps, slopes, basically everything you need to encourage people to get together and engage with each other.

The space inside this circle or blue ribbon is, instead, a traditional playground, full of geometrical objects as the foundation, like soft cushions, to be colonised by the children. Against this, some yellow boxes have been positioned at the highest folds of the ribbon, so adults also have a breakout area for themselves.
The Blue Ribbon installation by 100architects is both a colourful, unusual play area, but it is more than just that, it has become a very popular meeting point of Life Hub @ Daning and can be repurposed for different activities, when necessary. 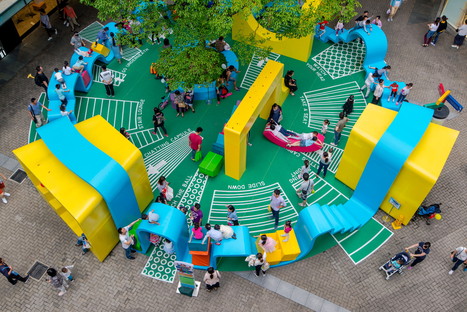 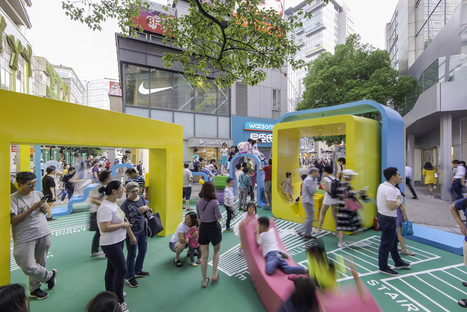 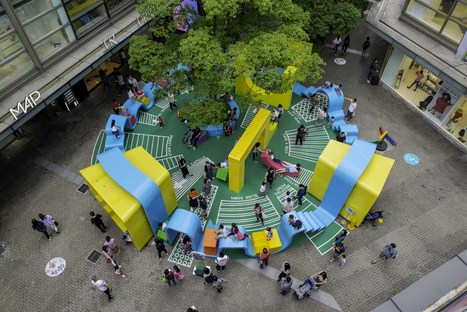 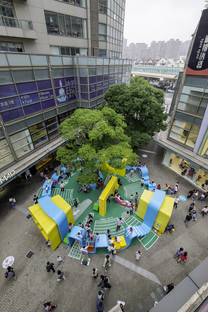 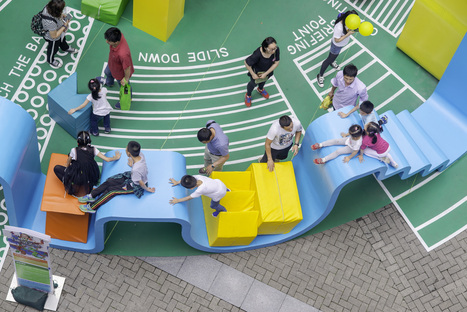 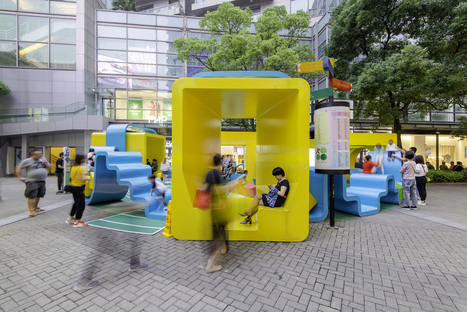 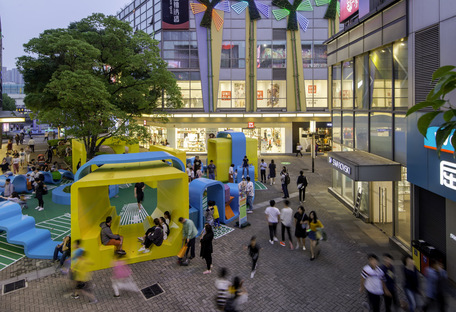 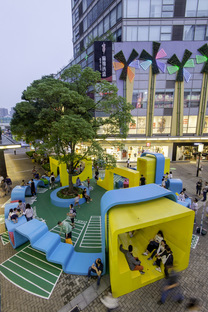 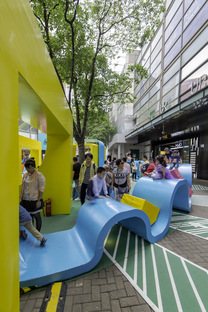 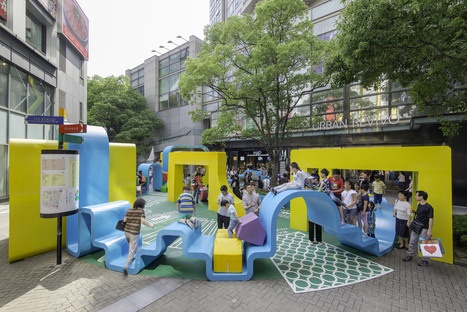 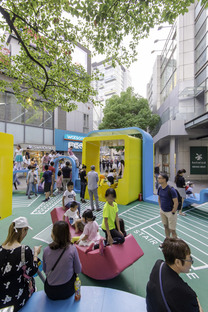