The architects from Shanghai-based studio, 100architects have completed a project to make the most of the public space as part of the Dubai Creek Harbour urban development plan by Emaar Properties. Creek Play provides active public spaces that you can cover on foot, zones that encourage discovery and interaction for kids and adults alike. 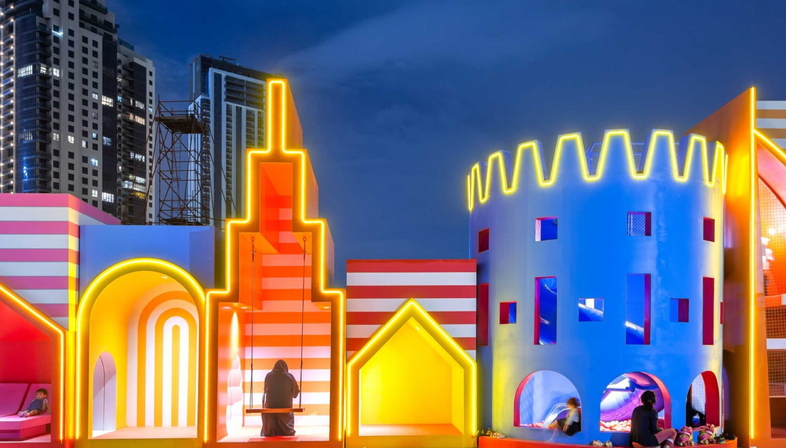 You might think it’s out of place to discuss public spaces for social interaction when the order of the day is social distancing. Instead, these are the kinds of urbanistic projects that can be used as the basis to start again and rethink our cities, which will have to come to terms with a new world without rejecting what has been done in recent times.
Dubai Creek Harbour is about 10 minutes from the centre of Dubai. It’s a new urban district, an iconic waterfront on the banks of the historical Dubai Creek. Its symbol will be the Dubai Creek Tower, a 928-metre tall tower by Santiago Calatrava that will rise 100 metres above Burj Khalifa.
This is the setting for the project by 100architects, the studio founded in 2013 by Marcial Jesus (Chile) and Javier Gonzalez (Spain) and based in Shanghai, China. They were commissioned to complete a 350-metre long outdoor project that would improve the public experience of residents and visitors on the waterfront of the Creek Island harbour.
Using the idea of a playful village as the basis, their proposal manifests as a vividly bold landscape for the joy of young and old, adding a dash of colour and playfulness along the meandering waterfront. Considering the length of the area of action, the architects decided to split it into seven focal points of activity.
These seven, 50-metre-long stations are evenly distributed along the path and they also represent the federation of seven emirates that make up the United Arab Emirates. So, while they are small theme villages in themselves, independent of all the others, every one of the seven stations is part of a common project that ties them all together.
They are connected by a series of brightly coloured walls and pavement patterns inspired by Dubai’s vernacular arabesque shapes, like the ones used in traditional doors, windows and other traditional local elements.  While these transitional touches heighten the sense of connection between the different sections of Creek Play, every station is formed of a set of capsules that create a stimulating village of fun. Each capsule offers a different instant function, such as sitting, swinging, sliding, climbing, laying down, playing, hanging, etc…, all of them encouraging social interaction between people.
Some of the capsules are more child-oriented but others are also designed to be used by adults too. This family approach, combining spaces for kids and adults, is transformed into a perfect public space for visitors and the local community of all ages. A remarkable placemaking action in the context of Dubai, where we rarely think that interaction and inclusion go hand in hand. This project is charged with all the joyful energy typical of 100architects. 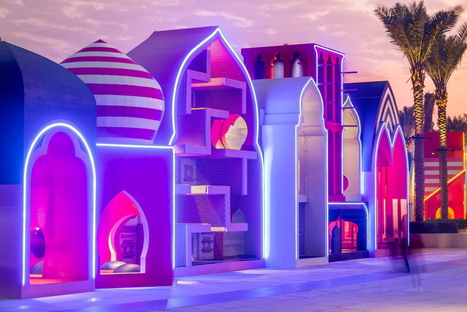 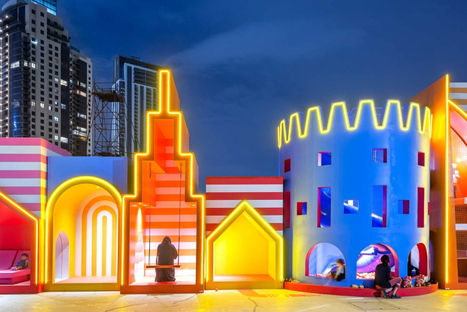 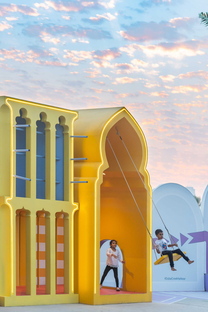 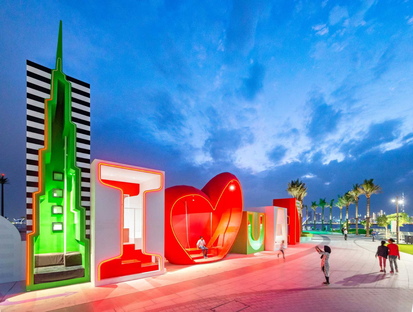 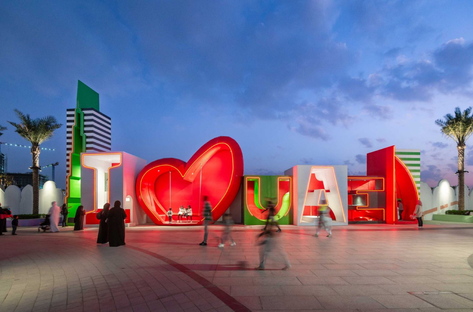 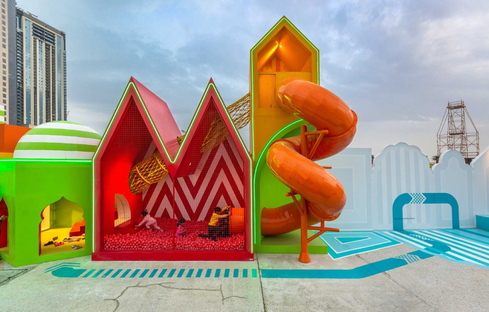 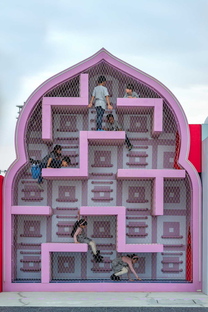 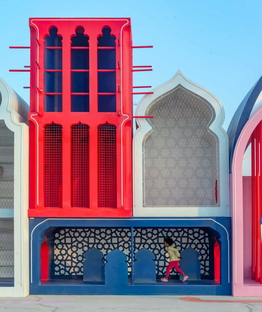 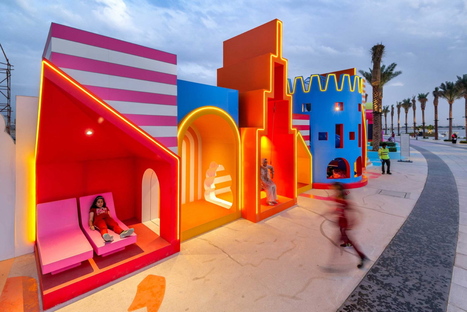 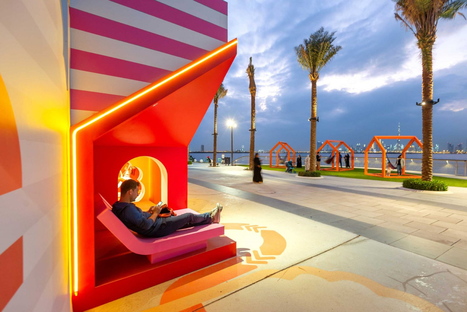 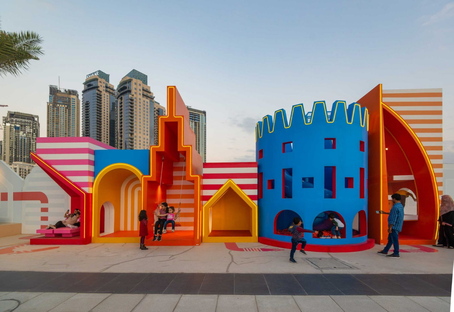 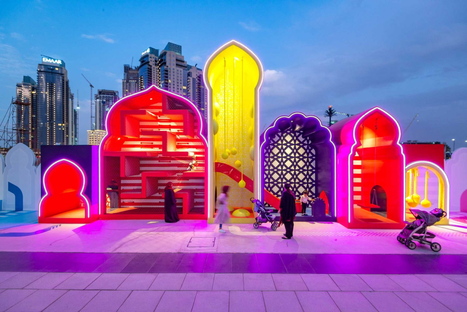 Crystal Pool by 100architects: how to bring alive the public space