The latest project created by The Urban Conga studio is a programmable open-ended space for the Chapel Hill community and the Ackland Art Museum located at the University of North Carolina. The studio designed the pARC spatial intervention through a series of participatory design workshops with community stakeholders and museum representatives. 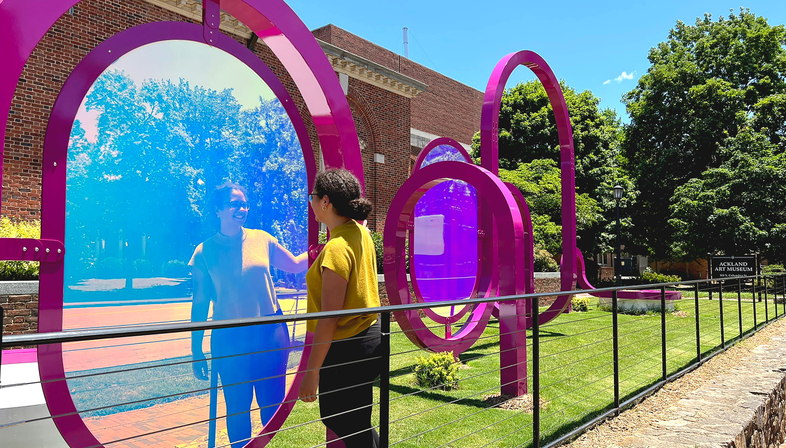 As implied by the name, pARC is a park inspired by the element of the arch. In practice, it is a series of interconnected arches that form a programmable open space, which comes to life through user interactions. pARC is located in the outdoor area of the Ackland Art Museum, at the University of North Carolina in the city of Chapel Hill. Over the years, the city has grown in relation to the university, founded in 1789 as the oldest state university in the United States.
The Ackland Art Museum is a free museum that hosts a series of diverse programmes, although it seemed that many residents were unaware of it and of what it had to offer. Hence the strong desire to involve the local population in the project through a series of participatory design workshops with community stakeholders and museum representatives. A perfect undertaking for The Urban Conga, the internationally award-winning multidisciplinary design studio based in Brooklyn, NY, composed of a diverse group of designers specialised in social projects and community interaction through open play.
The feedback and inputs gathered by The Urban Conga led to the final design of the space, as well as obviously providing input on the museum's future public programming.
The focus of the intervention is the activation of the open terrace of the museum, serving as a bridge element to connect the museum to the street, as a real programmable extension of the museum’s activities.
pARC starts from the Georgian architecture of the museum, which is partly imitated but also developed. The design, in fact, takes the symmetrical colonial composition and breaks it down into a series of interconnected arches. Each archway serves as a framed or reflective view of the surrounding context that allows the user to look at the area through a different lens. As the designers of The Urban Conga studio explain "As one passes the work, they begin to realise their movement changes the colours of the panels sparking different filtered views of the context around them. The installation not only responds to the user, but also the environment by reflecting and refracting the surrounding context through its dichroic lenses while also casting shadows onto the ground and the panels themselves. The work utilises light both during the day and at night as a tool to evoke play and wonder into the space." And, at the end of the installation, a platform that acts as a shared sitting space has been created, which can become a stage for users who want to play shadow games.
The shapes and colours of pARC have been coordinated with the overall rebranding of the museum, which takes on a more accessible guise for everyone.
pARC by The Urban Conga studio demonstrates how play can be used as a tool to democratise art institutions. Art is thus removed and liberated from the pedestal, allowing ordinary citizens to appropriate the work, as well as the space. Thanks to the outdoor space, the museum invites people from the street to step inside, attracting those who may previously have been uncomfortable visiting it as a place "out of their reach”. Instead, thanks to the pARC installation, a transformative community platform has been created, which, as the designers from The Urban Conga studio write, "allows all users to engage with the museum, the university and each other, in new ways." 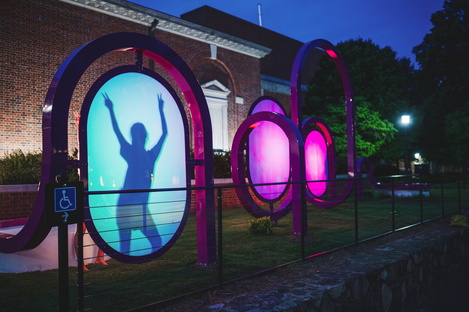 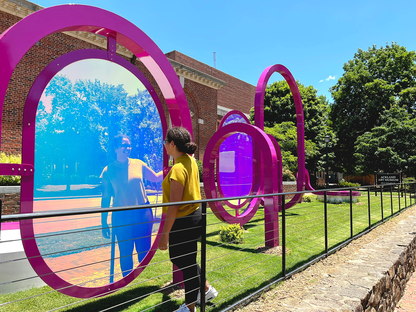 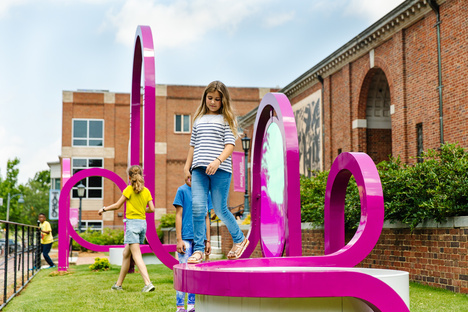 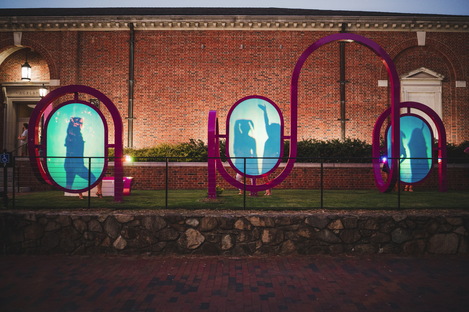 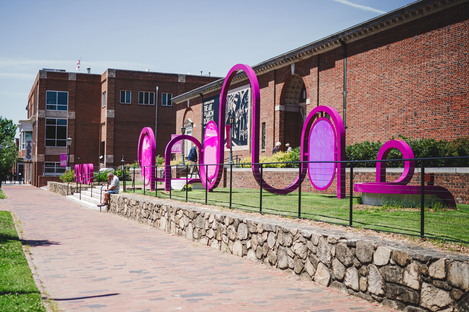 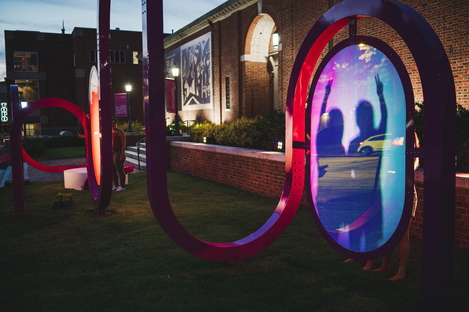 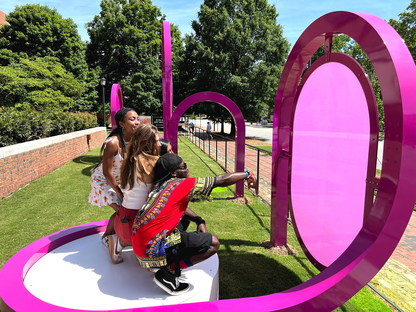 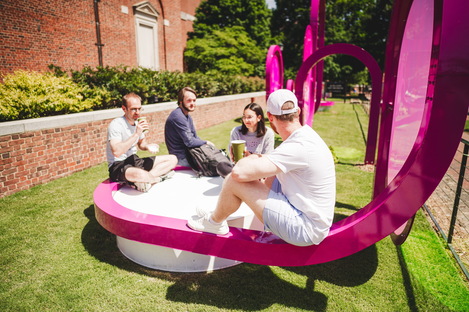 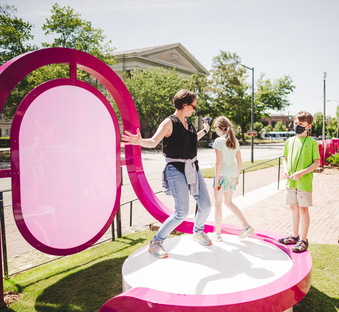 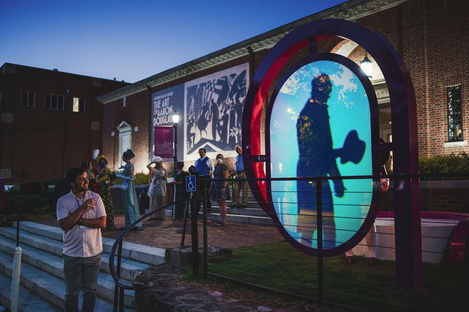 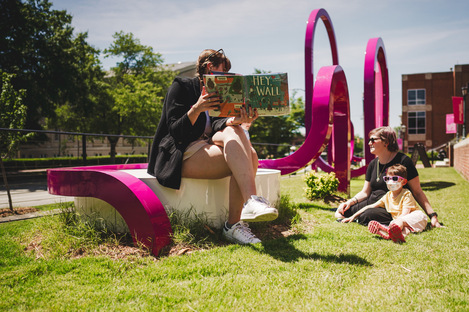 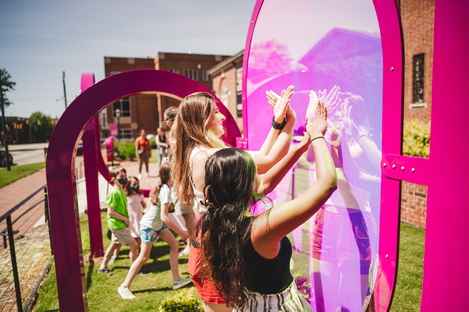