The exhibition called Kiruna Forever, produced by ArkDes, the Swedish Centre for Architecture and Design examines the relocation of the town of Kiruna in Sweden’s far north, caused by mining activity. How do you move a town and what does this mean for its residents? 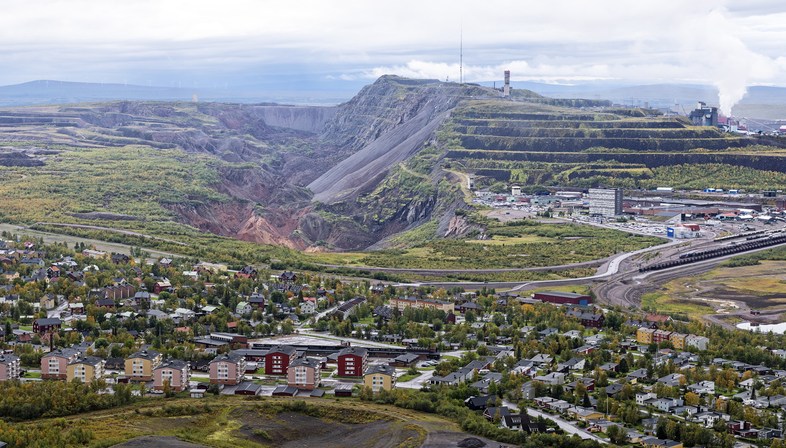 Kiruna, the northernmost town in Sweden, is located in Lapland, within the Arctic Circle, in the Malmfälten mining district. The town - with a population of almost 23,000 - is built around the biggest underground iron-ore mine in the world and it is one of the many mining towns in the north that is facing a prosperous but uncertain future. Because in 2004, the LKAB mining company informed the municipality that cracks caused by the mining activity had started appearing in populated areas of Kiruna. One option was to simply close the 120-year-old mine, but the 4,000 townspeople who work there would have lost their jobs. Instead, LKAB reached an agreement with the municipality to relocate the 6,000 people who, according to its projections, lived in areas that would be affected by cracks in the next two decades.  So, rather than leaving the town without its livelihood, authorities decided to demolish the built-up area in the centre and rebuild it about 3 km to the northeast of its present position. This decision brought about one of the biggest urban transformation projects in recent history. A third of the town’s population is being forced to relocate, housing blocks and landmark buildings are being demolished or moved, and a new town is taking shape.
A major infrastructural and logistical task that begs the question of how to move a town? The exhibition titled Kiruna Forever examines the current relocation of the town by exhibiting over 100 works by architects, urban planners and artists who have transformed the community and addressed the challenges that have shaped the region – from the first industrial development and onward into the future.
Putting the relocation of Kiruna into a historical and geographical context, the exhibition reflects on the big questions that such a complex project provokes. What is the limit of our natural resources? What happens to the identity and security of residents when their homes are demolished?  How do we decide whether cultural heritage should be preserved or sacrificed? How does the relocation affect the lives of the Indigenous population, the Sámi? How permanent are the cities we live in?
The exhibition is produced by ArkDes, the Swedish Centre for Architecture and Design. The first part of the exhibition will show five contemporary works of art created especially for the exhibition and which will also be on display at Konstmuseet i Norr and at ArkDes, Sweden’s National Centre for Architecture and Design in Stockholm. The second part of the exhibition will be dedicated to the history of Kiruna, the visions of the future which were never to be, and memories and dreams from Kiruna residents. In this context, perhaps the most delicate challenge that Kiruna officials face is the moving of the heritage buildings, which are interwoven with the history and identity of the town.
The exhibition includes interviews with Kiruna residents, a 1:1 scale replica of the recently demolished Kiruna Town Hall, and original drawings and models from the ArkDes collections. Architects and artists include Iwan Baan, Anne Dessing and Michiel van Iersel; Design Earth, Henning Larsen, Ingela Johansson, Britta Marakatt-Labba, Joar Nango, New Mineral Collective, Outi Pieski, Sandellsandberg Architects, Studio Folder, Territorial Agency, Anja Örn, Tomas Örn, and Fanny Carinasdotter; Liselotte Wajstedt, White Arkitekter with Ghilardi+Hellsten Arkitekter, and more who are showcasing their interpretation of how to move a town like Kiruna and what the result might be. 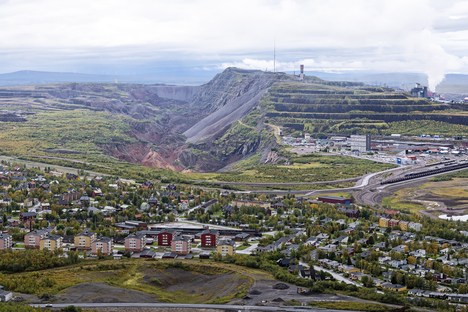 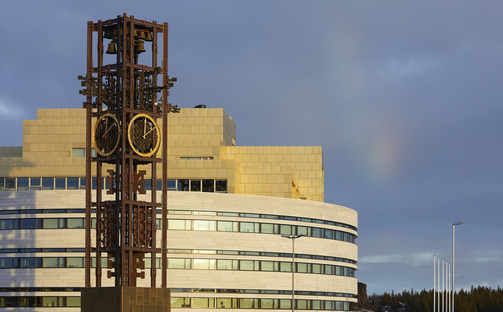