London’s famous Battersea Power Station opens to the public today, 14 October, concluding the second phase in London’s greatest ever urban regeneration project, the Battersea Embankment Development. The primary purpose of the reclamation and conversion of the power plant by award-winning studio Wilkinson Eyre is creation of a multi-purpose mixed-use development that will become an exemplary project for the city. The interiors are designed by Michaelis Boyd. 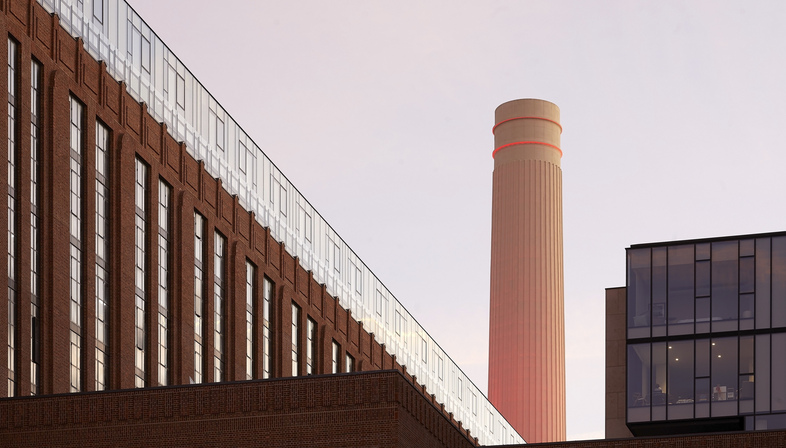 The attraction of industrial architecture is so strong that many urban regeneration projects revolve around symbols of the recent industrial past that has had such a major influence on our lives and our collective imagination. London’s Battersea Power Station is one of these symbols (immortalised with a pink pig flying over its smokestacks on the cover of Pink Floyd’s 1977 album “Animals”), and five years ago we published an article featuring aerial photographs of the site, illustrating the scale of the Battersea Embankment Development project.
Reclamation of the Battersea Embankment Development, making this part of the south bank of the Thames accessible to the public, took place in a series of phases. The first phase, construction of Circus West Village, was completed in 2017, with residences for 1800 people and a vast range of restaurants, bars and cultural facilities. The opening of Battersea Power Station marks the end of the second phase.
The architects of Wilkinson Eyre entrusted with the conversion and restoration of the power plant took great care with the revitalisation of this landmark, paying tribute to its history even while updating its style for the 21st century. The interiors, designed by Michaelis Boyd, resonate with the building’s original character, establishing the perfect balance between energy, tranquillity and the building’s previous life.
According to Sebastien Ricard, director at WilkinsonEyre, it was a true challenge to restore the power plant designed by Sir Giles Gilbert Scott, with the completion of the first phase, Battersea A, in 1935 and Battersea B going into service during wartime, in 1944, followed by the completion of the fourth stack in 1955, now a protected monument. “It has been a privilege to restore and transform this iconic building, not only saving and celebrating the original features but creating contemporary interventions which bring the structure alive again. I’m excited that these incredible volumes – the Turbine Halls and Boiler House – will, for the first time, be open to all. We’ve taken great inspiration from Sir Giles Gilbert Scott in everything from the drama and scale right through to individual material choices and I hope this is reflected in the experience of residents and visitors.“
The restored Battersea Power Station features more than 100 shops, restaurants and cafés, event venues, offices and 254 new apartments, while Lift 109 offers a unique experience: a lift inside one of the smokestacks taking visitors up to the roof to enjoy all-round panoramic views of the London skyline. The redevelopment of the architectural monument also included the urban space surrounding it, with landscaping design by LDA Design. According to the studio’s director Ben Walker: „For the first time ever, Battersea Power Station is more than a building - it has become a welcoming, well-connected place. Nothing but the building really existed on this 42-acre site before and now it’s a successful new piece of city, with nearly half the site given over to public realm.“
Thus the Battersea Power Station, which once provided a fifth of London’s electricity, is not only a restored icon but, thanks to an ESG strategy covering all the environmental, social and governance issues involved in the project, becomes an opportunity to create shared places and improve the quality of life in the city. 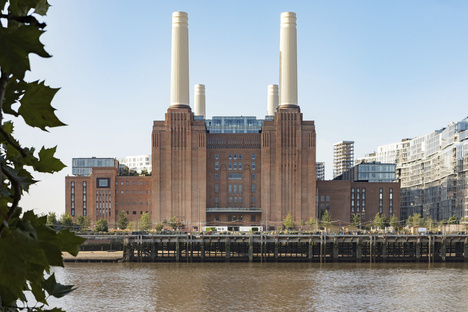 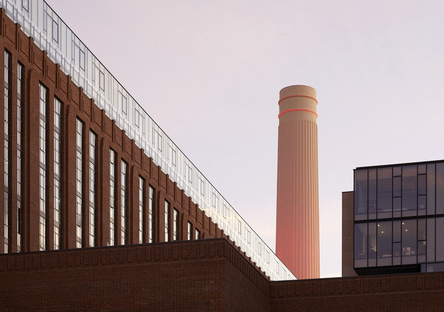 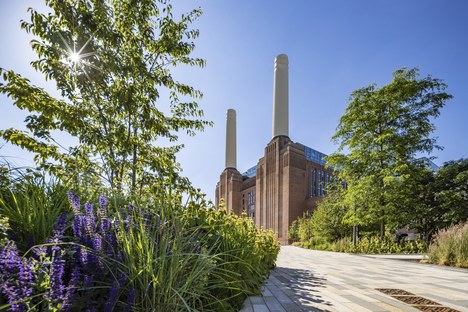 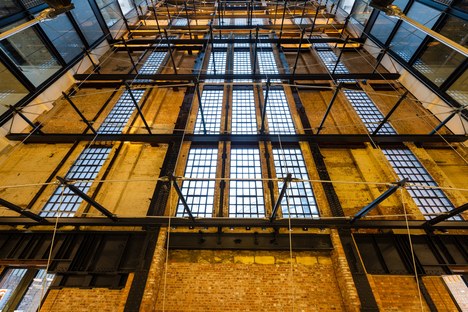 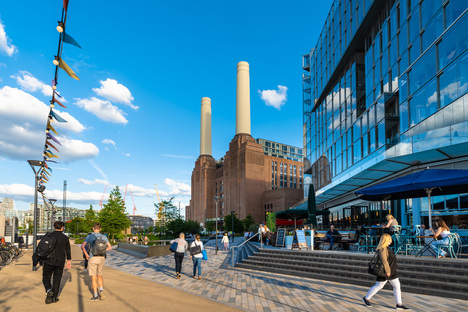 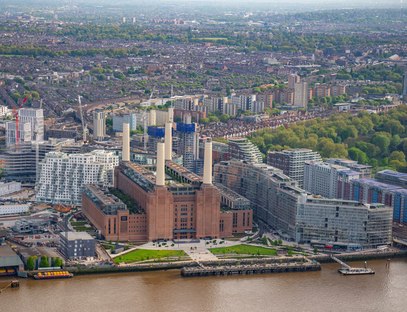 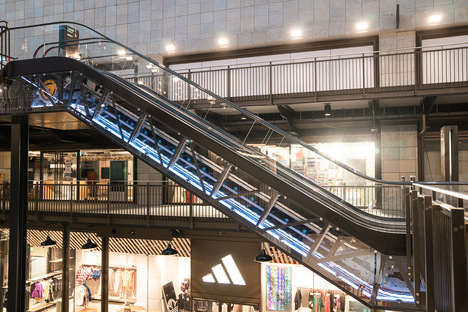 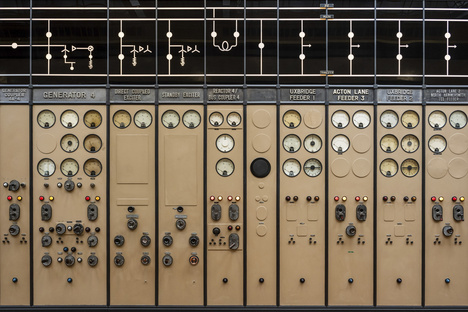 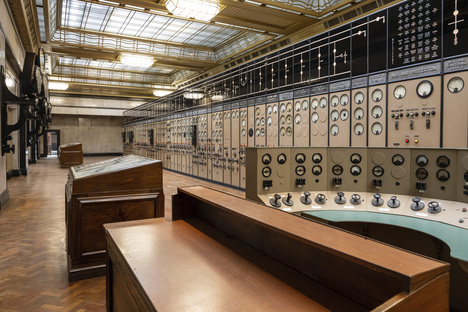 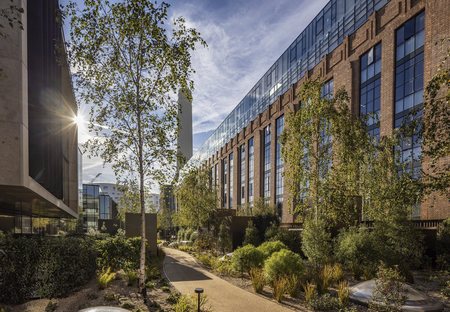 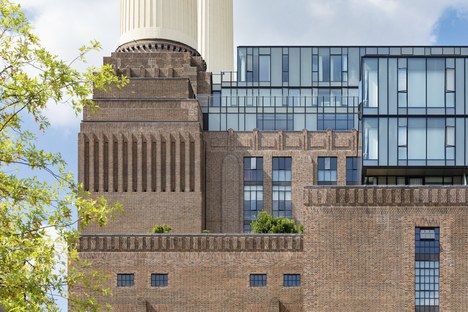 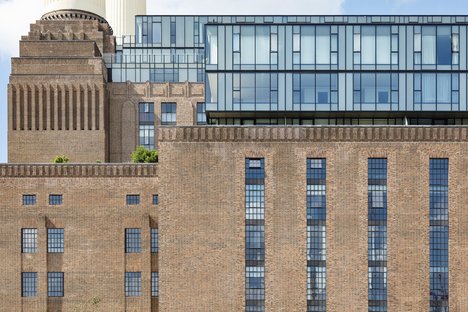 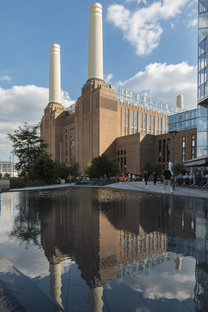 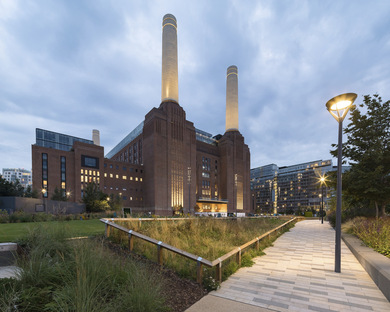