Unseen photos of the Battersea Embankment Development in London

A treat for our portal: the aerial photos of one of the biggest urban regeneration projects in Europe - the Battersea Embankment Development in London, by The London Helicopter. 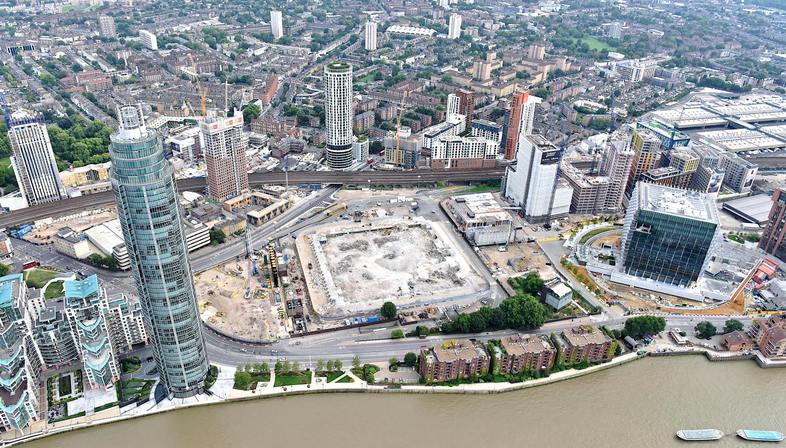 A treat for our portal: the aerial photos of one of the biggest urban regeneration projects in Europe - the Battersea Embankment Development in London, by The London Helicopter. A singular view that shows us the massive scale of the work going on.


We all know our portal's affection for images. Images get the message across directly, without apparent barriers. And the extensive cultural history and planning narrative behind every image is coming more and more to the attention of the wider public thanks to disciplines like Visual Literacy.
In the images taken by The London Helicopter, aa London-based firm that specialises in helicopter tours, the goal of the photos is to underscore the role of architecture in the UK capital. Giving a truly unique view from the air enables us to understand what is really happening along the Thames riverfront - in this case, the largest urban regeneration project in Europe - around the old Battersea Power Station, a famous landmark of industrial architecture.
This is Europe's biggest brick construction, vast enough to hold both St Paul's Cathedral and Trafalgar Square, which supplied one-fifth of London's electricity until it was decommissioned in 1983. Lots of different plans to reuse the area and the architecture fell apart until a Malaysian consortium bought the 17-hectare site in 2012 and turned it into one of the biggest building sites in Europe, employing about 3,000 construction workers.
It's impossible to grasp the enormity of this project from the ground, so these photos by The London Helicopter give us a privileged view.
Right now, inside the Battersea Power Station, the original 1930s features are being restored in anticipation of its new use. The developers plan to include shops, restaurants, cafes and cinemas in the two turbine halls, while the five floors of the old “boiler house” will be home to the new European headquarters of Apple that will be opening in 2021.
In the meantime, the first residents of the Circus West Village apartment complex have already moved in and for the first time in 90 long years, the river is now accessible in this city district, along with its new parkland and piazza. 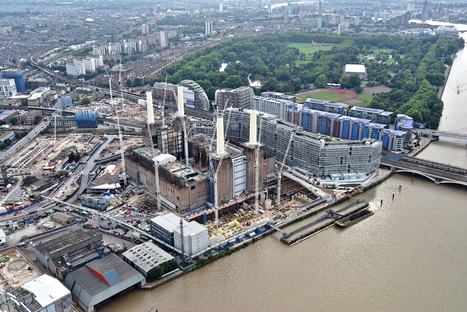 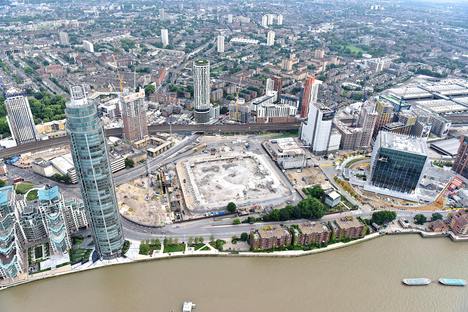 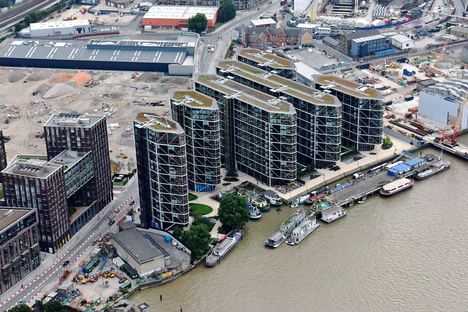 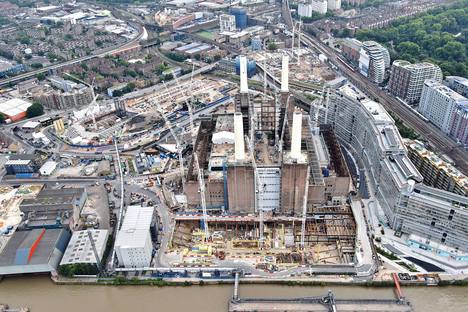 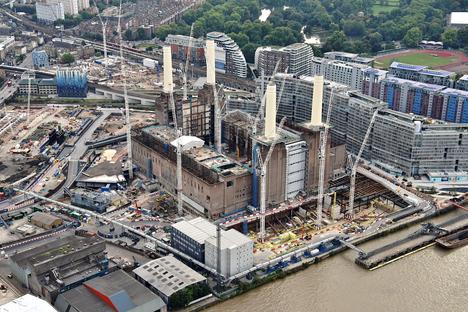 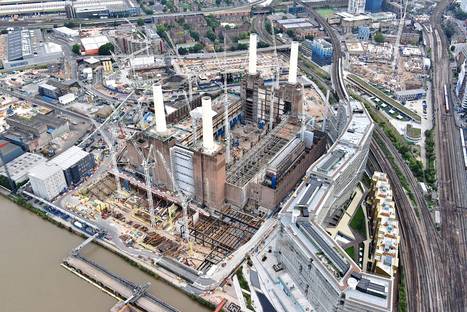 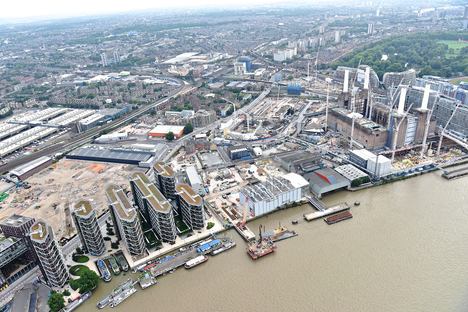